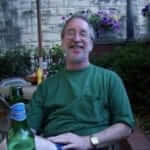 I grew up in Virginia surrounded by patriots; George Washington, Patrick Henry (“Is life so dear, or peace so sweet, as to be purchased at the price of chains and slavery? Forbid it, Almighty God! I know not what course others may take; but as for me, give me liberty or give me death!”), Thomas Jefferson, George Mason, James Madison, Robert E Lee among others.

I moved to Texas over 40 years ago. I learned about Texas Patriots, Jim Bowie, Stephen F Austin, Wm B. Travis, Davy Crockett and others, The Alamo, Come and Take It, etc. Of course I had seen John Wayne’s “The Alamo”.  I had visited the Alamo in the years before moving to Texas, but did not really understand the significance.

In the time since I moved here I have found out what the Alamo means to Texas, native Texans, and me.  I came to understand what it stands for and that I, too, revere it and the people who stood behind those walls.  I personally believe that those deceased defenders look at us and wonder why we are not standing the way they did, not putting up with the horror story that the politicians (in their case Santa Anna) have foisted on us.

If we do not return Texas to independence, governing ourselves locally, instead of putting up with DC and the federal government, our progeny will be asking us why we did not do something when we had the chance. I personally want to make Texas independent again.  The only way it will not happen is if nobody does anything to make it happen.  Therefore, you should do something every day to make it happen. It requires action, not just saying, “Yes, I think it is a good idea,” and then doing nothing about it.

I talk about it all the time to everyone who will stand still long enough for me to tell them. I collect pledges to vote for Texas independence when it comes up on the ballot.  I send people to the TNM website to learn more about us and what we are doing and why. If I don’t, those Patriots who died at the Alamo will come to haunt me for falling down on the job.  I don’t want to let them down.  Those who knew they were going to die but crossed the line in the sand to stand with Travis anyway and died to a man defending freedom, justice and independence from a tyrant who was interested in nothing but his own aggrandizement and control over those who wanted the Constitution of 1824 reinstated and followed, but if not that, then they would fight to overcome him and his tyranny.  We must do so as well.