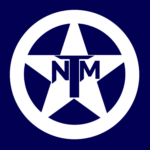 A Traditionalists Argument for TEXIT

A Traditionalists Argument for TEXIT

French philosopher, Alexis de Tocqueville (Democracy in America), asked the question “of the barriers that formerly stopped tyranny, what remains for us today”? (Tocqueville, Democracy in America 9) Tocqueville’s lament was rooted in the disappearance of traditional mores that he observed held tyranny at bay in the West. For Tocqueville, “a democracy consistent with freedom would require attention to laws and mores (social institutions and values)”, and the adaptation of the latter to the former. (Taylor IV, Montesquieu, Tocqueville, and the Politics of Mores 98). If we are to explore the current relationship of the United States and Texas, we see that the mores and traditions that once guided the United States, and to which Texas holds firmly, are no longer important guides in the governance of federal government. As such, the United States government now governs its members under a form of government foreign to its intention. It is here that we seek to explain the cause(s) for Texas’ separation or independence from the Union of sovereign American States.

James Madison, the author of the United States Constitution and writer of many of the Federalist Papers, wrote in Federalist 39 answering the Anti-Federalist’ accusation that:

“[t]hey (Constitutional Convention) ought with equal care to have preserved the federal form, which regards the Union as a Confederacy of sovereign states; instead of which they (Constitutional Convention) have framed a national government, which regards the Union as a consolidation of the States…[the] assent and ratification is to be given by the people, not as individuals composing one entire nation, but as composing the distinct and independent States to which they respectively belong. It is to be the assent and ratification of the several States, derived from the supreme authority in each State – the authority of the people themselves. The act, therefore, establishing the Constitution will not be a national but a federal act”. (256-257)

Madison establishes that under the Constitution the States maintain their sovereignty under a federal confederation of States. Unfortunately, over the last 224 years, the original intent of the Founders has been twisted and loosely interpreted to create our current “national” interpretation. Either in the wrongly decided Texas v. White (1869), where United States Supreme Court Chief Justice Salmon P. Chase (seeking to provide justification of the Union’s force against the Confederacy) declared the Union as a “perpetual” nation, or with Justice Antonin Scalia incorrect assertion that the Civil War settled the “secession” issue, the national identity now perpetuates. In doing so, the United States progressively abandons Tocqueville’s “mores” allowing the United States central government to consolidate power.

The history of the United States over the last 100 years has been marked by the steady slide into “progressivism”, or the increase in dependence on the central government to solve the perceived social ills of one, unified nation. Often this involves the rejection of the sovereignty of the States protected by the Tenth Amendment, and the forcing of mandates against the will of the people of the individual States, especially Texas. Whether it is Roe v Wade (1973) overturning the will of the people of Texas to protect the lives of the unborn, or the current denial of the will of Texas to challenge the unconstitutionality of the Pennsylvania legislature’s handling of the 2020 election (Texas v. Pennsylvania (2020)) in the United States Supreme Court (which is Texas’ constitutional right in Article 3), the “supreme authority in each State – the authority of the people themselves” is continually being infringed.

“For where the injured party may be relieved, and his damages repaired by appeal to the law, there can be no pretence for force (rebellion), which is only to be used, where a man is intercepted from appealing to the law. For nothing is to be accounted hostile force, but where it leaves not remedy of such an appeal. And ‘tis such force alone, that puts him that uses it into a state of war, and makes it lawful to resist him”. (Locke Second Treatise of Government 220)

Locke’s essentially is making the argument that if the States, and by proxy, their people, are denied a “appeal to law” (a “redress of grievances”), the one who denies them this natural right places them into a “state of war”. Therefore, the United States Supreme Court in denying the State of Texas an “appeal to law” the central government has placed the people of the State of Texas, and the State itself, in a position where they are within their right to resist.

HB1359, the Texas Independence Referendum Act (TIRA) gives the people of Texas the first step towards effective resistance towards the tyranny of the national government. By giving the people of Texas a voice in their future, TIRA sets into motion a peaceful solution for Texas to assert its sovereignty and reclaim its right towards the civil society and away from the state of war in which the United States government has placed it and its people.