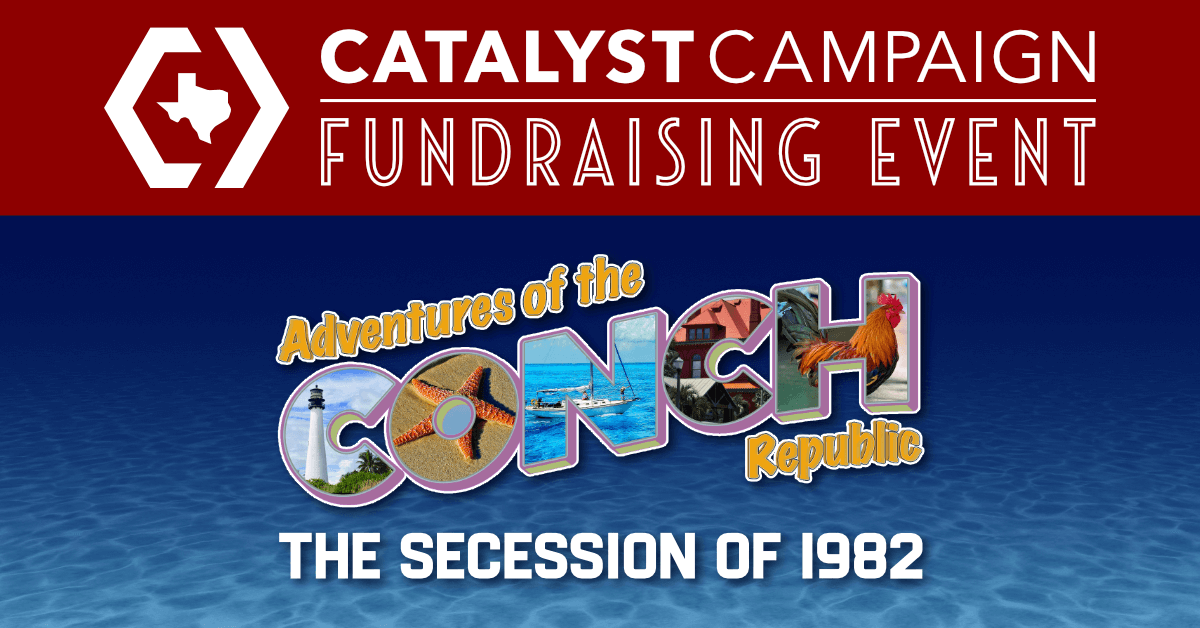 The Texas Nationalist Movement invites you to a Catalyst Campaign Fundraising Event featuring a Sneak Peak screening of “The Adventures of the Conch Republic: The Secession of 1982”.
Executive Producer and Director JD Wilcox will be on hand to introduce his film and answer questions. This film depicts the 1982 secession of Key West, Florida
Daniel Miller, President of the Texas Nationalist Movement, will also discuss how this film relates to the modern-day TEXIT efforts. Closing this event, Executives of the TNM will provide an overview of the Catalyst Fundraising Campaign.
Viewing in the Constellation Room: 1 & 2
We hope to see you on this fun-filled night full of adventure!
https://www.conchmovie.com/
tnm.me/catalyst

You have already reported this .
Clear Clear All
<script type='text/javascript' src='https://tnm.me/wp-content/plugins/event-tickets-plus/src/resources/js/v2/tick