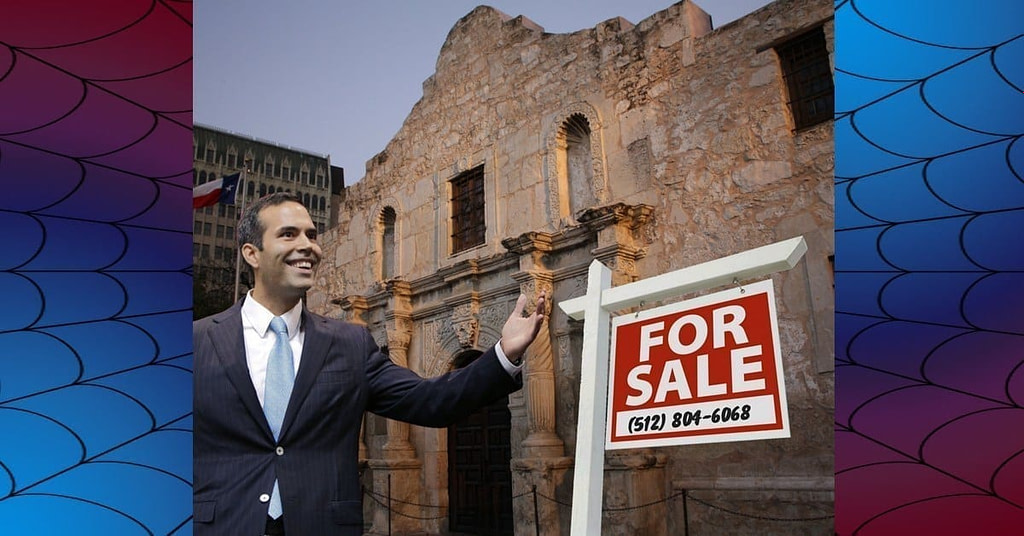 At long last, it appears that public outcry regarding the management and restoration of the Alamo is paying off. In December, lawmakers grilled Land Commissioner George P. Bush about the use of nearly a half-billion in public funds for the “Re-imagine” project. During the hearing, lawmakers demanded that Bush explain the relationships and roles of the three non-profit “partners” which comprise the operation.

Amazingly, the hearing uncovered the existence a of yet a fourth partner, “the Alamo Master Plan Management Committee.” Bush explained to the Senators that the partners were created at the advice of the GLO legal counsel and serve to protect board members from “liability.”

Senator Kirk Watson (D-Austin) correctly retorted, “What liability? Your first goal should be to protect the taxpayers of Texas.”

Senator Joan Huffman (R-Houston) also expressed confusion regarding the claim of liability, as the Alamo is owned by the state which possesses sovereign immunity.

During the hearing, Bush also made the claim that minutes of financial reports are available through the General Land Office.

Senator Lois Kolkhorst (R-Brenham) disagreed. “My staff and I went online to look for records. We couldn’t find them.” Watson went further. “You say minutes and some documents are available, but that’s not the same as complying with open-records laws. State money should be open, from employees to dollars to management, everything you’re doing falls under our open-government laws.”

Senator Jane Nelson advised Bush to be wary. “We’re going to pay a lot of attention to this during the interim. We’ll be watching closely.”

To make matters worse for Bush, the Austin American-Statesman recently obtained a preliminary copy of a General Land Office internal audit report (dated Sept. 8) which recommends that the GLO “reconsider the structure and funding model for Alamo operations.” The report continued, “This is an unusual situation that has created complexity and a lack of clarity regarding the nature and use of the funds used for the Alamo operations.”

Additionally, in a breaking development,  Daniel Miller, President of the Texas Nationalist Movement wrote a letter to Texas Attorney General Ken Paxton. Miller requested that the AG’s office make an “immediate, formal and public” investigation into Commissioner Bush’s management of the Alamo site and his actions surrounding the “Re-imagine” project, also saying:

“It is a shame that the “Shrine of Texas Liberty” has been placed at the center of allegations of financial mismanagement, political obfuscation, and illegal activity. Respect for the Alamo and those who died there defending the liberty and independence of Texas demands an immediate, formal, and public investigation into these matters.”

All in all, it looks like the situation is now being scrutinized which is a substantial improvement from this time last year. As legislators continue to hear from Texans who love the Alamo, Bush’s web can be fully undone.

Join 412,837 Texans who have registered their support for the TNM.

Join 412,837 Texans who have registered their support for the TNM.