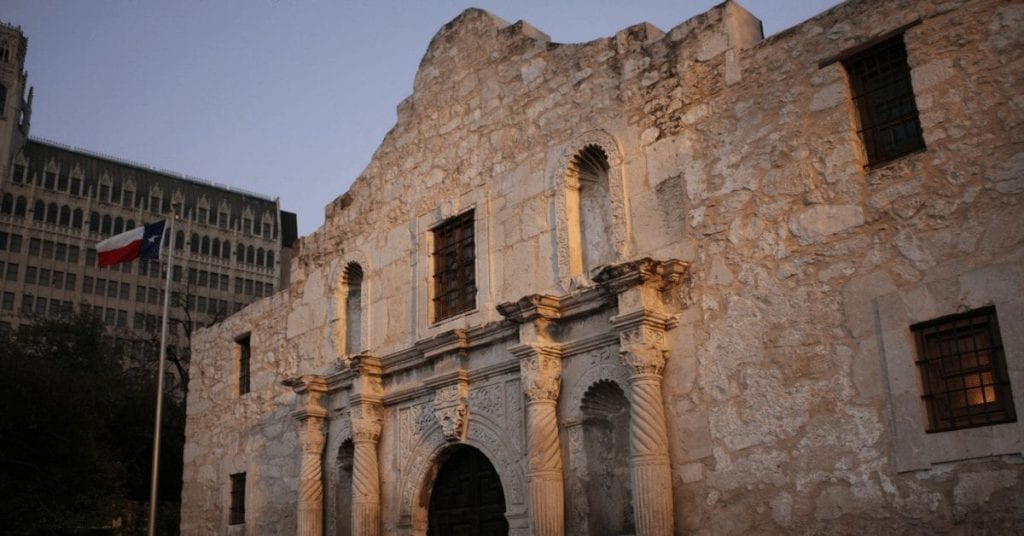 A few weeks ago we had an episode in San Antonio where a drunken young man was arrested for urinating on the Alamo. People were very upset with this guy and comments ranged from send him to prison, ban him from Texas, to “get a rope”.

Those of you who know me understand just how proud I am to be a Texan. I am proud of our culture, history, heritage, and fierce independence and rugged individualism. This young man’s defacing of the Alamo angers me, however, given society as it is today it does not surprise me. What angers me more than this drunken idiot urinating on our Shrine, is the defacing and destroying of everything the Alamo stands for by pious politicians in our city councils, in Austin, and in Washington DC.

The Alamo is about sacrifice in the struggle for Liberty, Freedom, Independence, and Justice against overwhelming odds. It is about fighting evil, knowing you will probably lose the battle and your life in the process. In this battle, this struggle, you delay evil’s victory, giving others time to gather, organize, and educate in order to fight other battles and ultimately win the war against evil.

The Alamo is about our struggles against City Hall, County Government, and big spenders, liars, and special interest-loving politicians in Austin. It is about removing the chains from our wrists and ankles, and the fascist boot on our throats placed there by Democrats and Republicans alike from Washington DC to Austin, Texas. It is about our battle against Unconstitutional Agencies and outrageous bureaucracies and bureaucrats who are more interested in preserving their jobs, which we the taxpayers pay for even against our wills, rather than preserving liberty, justice, and our Constitutional Republic.

It’s about the Governor of this great state of Texas being truly “FED UP” and drawing a line in the sand and telling Sheriffs in all 254 counties in Texas to have deputies at our polling places on election day so the election folks can enforce our Voter ID Law, thus guaranteeing our rights according to Article 1 Sections 1 and 2 of our Texas Constitution. You must have a photo ID to gain entrance into the US Justice (sic) Department, so to hell with their edict!

The Alamo and all it stands for is being defaced and destroyed daily by politicians and bureaucrats; however, we seem more concerned with some young, drunken idiot urinating on it. The young drunk should pay his fines (which should go to those damaged and not the City) according to the law and be held physically and financially responsible for clean-up and any damage caused by his stupid act.

It is the Politicians and Bureaucrats who are doing the real damage defacing the Alamo and the principles of Liberty, Justice, Independence, and the pursuit of happiness (property).

Who is it we “should run out of town”? Our survival as a free people lies in independence.

Defacing The Alamo: Who's To Blame