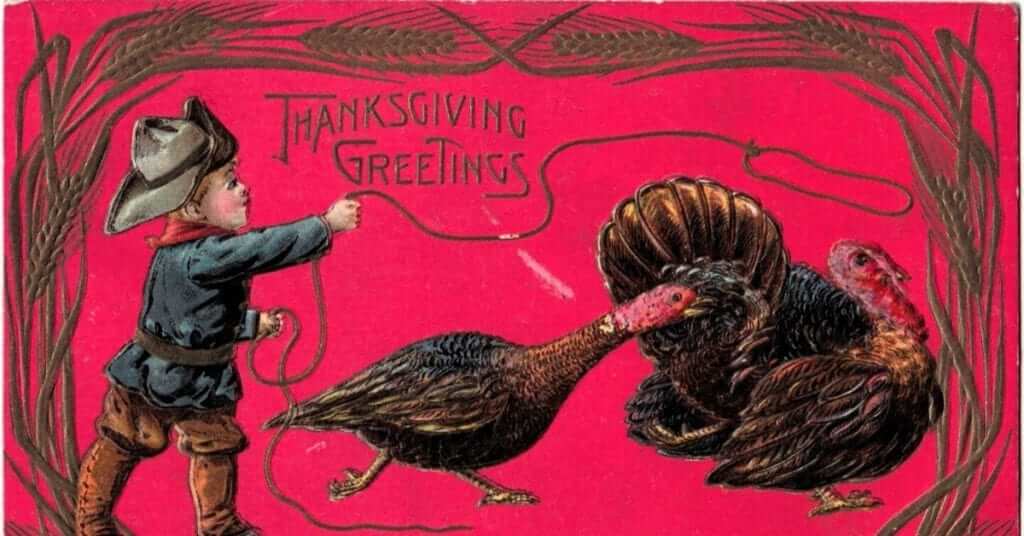 Thanksgiving and gratitude have marked important milestones in the life of Texas for hundreds of years.

In 1842, Sam Houston, president of the Texas Republic, faced threats of war, financial problems and political turmoil. Nevertheless, he proclaimed his thanksgiving “to render evidence of national blessings … and a profound belief in an Almighty God.” Houston noted that “the Texan people have been the objects of the peculiar care … of a Divine Providence” so they could “occupy a place among the independent governments of the earth.” He established March 2 as Texas Independence Day and called for religious worship on that day. As a result, Texas may be the only state to have two thanksgivings – one in the Spring for its independence and a customary Thanksgiving in autumn.

According to historical sources, the Pilgrims never held an autumnal Thanksgiving feast. The Pilgrims did have a feast in 1621 near Plymouth, Massachusetts, after their first harvest. This is the feast people often refer to as “The First Thanksgiving.” This feast was never repeated, so it can’t be called the start of a tradition, nor did the colonists or Pilgrims call it a Thanksgiving Feast. In fact, to these devoutly religious people, a day of thanksgiving was a day of prayer and fasting.

President George Washington proclaimed a National Day of Thanksgiving for November 26, 1789 to honor the formation of the United States government. His proclamation called for a day of prayer and giving thanks to God. It was to be celebrated by all religious denominations, but discord among the colonies prevented it from being practiced by all the states. Washington wrote in his November 26th diary entry: “Being the day appointed for a thanksgiving I went to St. Paul’s Chapel though it was most inclement and stormy–but few people at Church.” President Washington later provided money, food, and beer to debtors spending the holiday in a New York City jail.

Thanksgiving failed to become an annual tradition at this time. Only Presidents Washington, Adams, and Madison declared national days of thanks in their terms. Thomas Jefferson and John Quincy Adams considered the practice to infringe upon the separation of church and state. During the War of 1812, President Madison proclaimed three days of fasting and prayer in response to Congressional requests (August 20, 1812, September 9, 1813, and January 12, 1815). He was the last president to call for a national thanksgiving until Abraham Lincoln in 1863. Governors, on the other hand–particularly in the New England states, regularly issued proclamations of thanksgiving.

Summary: The U.S. first Thanksgiving was to celebrate a new government. The pilgrim story that has been spoon fed to us is a lie. The Pilgrims were celebrating a ‘good harvest,’ with their native American friends and benefactors. The Thanksgiving holiday that we observe in honor of blessings and friendship began in Texas and was established as an official holiday many years before it became an accepted holiday in the U.S.

The U.S. has no culture or heritage. Massachusetts has a Pilgrim heritage to cherish, but the Federal government has no right to steal it to feign a federal culture and heritage. The U.S. converted the idea of Thanksgiving from the actual Texas historical record and applied it to the Massachusetts story.

So enjoy a TEXAS Thanksgiving holiday and enjoy your Texas chicken roasted and stuffed.

Join 439,826 Texans who have registered their support for the TNM.