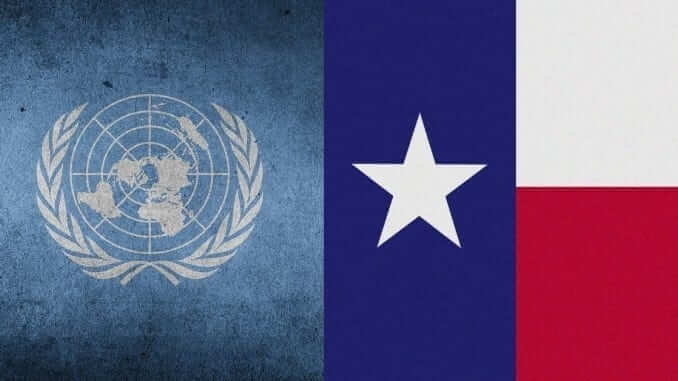 On the 12th of October, in an announcement that went out with little fanfare, the U.S. Department of State declared to the United Nations that they were pulling out of the UNESCO treaty.

This withdrawal from the United Nations Educational, Scientific and Cultural Organization, which won’t take place until the end of next year, is planned because of “U.S. concerns with mounting arrears at UNESCO, the need for fundamental reform in the organization, and continuing anti-Israel bias at UNESCO.”

UNESCO’s stated purpose is to “contribute to peace and security by promoting collaboration among the nations” on cultural and other basses. However, the organization has recently taken a lot of flak do to its resolutions that seem to promote division rather than peace, especially concerning Israel. For instance, last year the body adopted a resolution regarding Israel’s holy sites, describing “the Temple Mount and its Western Wall as a purely Muslim religious site,” despite its recognition as the holiest site of the Jewish religion.

UNESCO has also been a source of controversy in Texas as well, where the San Antonio mission system (including the Alamo) has been accepted as a World Heritage Site. Since the Texas General Land Office acquired the Alamo from the Daughters of the Republic of Texas, and got WHS status for it, the GLO and other powers have been seeking to capitalize on that status with their expensive “re-imagining” project. This project has been wildly controversial among Texans, including such unpopular goals as  de-emphasizing the 1836 battle that nearly everyone recognizes the site for. In gaining UNESCO status, a back door was created for the involvement and influence of both the U.N. and Washington with the Alamo. The current Alamo project view of portraying the site primarily through a global lens rather than the Texas lens, that it is the cradle of Texas Liberty, is believed by many to be a result of UNESCO involvement with the Alamo.

I reached out to Texas State Representative Cecil Bell to find out if there is any hint that, because of the UNESCO withdrawal, that there might be plans to revisit the “re-imagining” issue in a future legislative session. Because so much of the project was predicated on the Alamo’s UNESCO WHS status, and since the project has recently been the focus of rebuke from the Republican Party of Texas (for their attempt to deemphasize the Battle of the Alamo) and an Alamo Plaza protest (over removing the cenotaph), now may be an appropriate time to try to influence the project in a more positive direction. Though he has not heard any post-session rumblings to this effect, Representative Bell said the following:

As a 6th generation Texan I can tell you that the Alamo is not known for its age or its historical significance as a mission. The Alamo is recognized around the world for its iconic role in history, in giving rise to the Republic of Texas. Today the Alamo is entered somberly with hats removed, a shrine to the 182 men who stood fast for Texas against overwhelming odds.

Today, there are those who favor handing control of the Alamo over to the United Nations for “re imaging” of the Alamo, to shift the historical focus from March 6th, 1836 and the preceding days before those gallant men, who held the Alamo, gave their lives for a free Texas.

I have no use for the UN, and I greatly appreciate President Trumps’ unilateral push-back against acceptance of UN rhetoric. I am opposed to ceding control of the Alamo to any foreign entity, and (with the possible exception of necessary restoration) the cenotaph should remain standing. I am adamantly opposed to any efforts to shift the focus of the Alamo from its righteous place in history, standing perpetually as a shrine to the noble souls who gave their lives for a free Texas. In the immortal words which have long resonated across land and sea- REMEMBER THE ALAMO!

While many Texans will take the planned UNESCO withdrawal as good news, it’s not all good. Executive decisions are the action of one man, and can be easily undone with the proper political leverage or pliable replacement. In speaking with the Texas Nationalist Movement President Daniel Miller on the subject, he had the following to say:

The US FINALLY pulled out of UNESCO because of EVERY SINGLE SOLITARY complaint that [The Texas Nationalist Movement] ever made about UNESCO, and have made FOR YEARS.

While UNESCO may be gone from the equation, for now, the need for vigilance is more important now than ever. The US isn’t out until the end of next year, and the globalist/PC mindset behind the ‘reimagineers’ is still firmly rooted in the process. Another potential is that the federal government is using this as a negotiating tactic to obtain some reforms to the U.N. as a whole. The withdrawal can be rescinded up to the deadline of 12/31/2018.

Only time will tell if this move by the Trump administration will be a lasting good, or just more federal chaff ready for the fire. 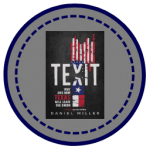