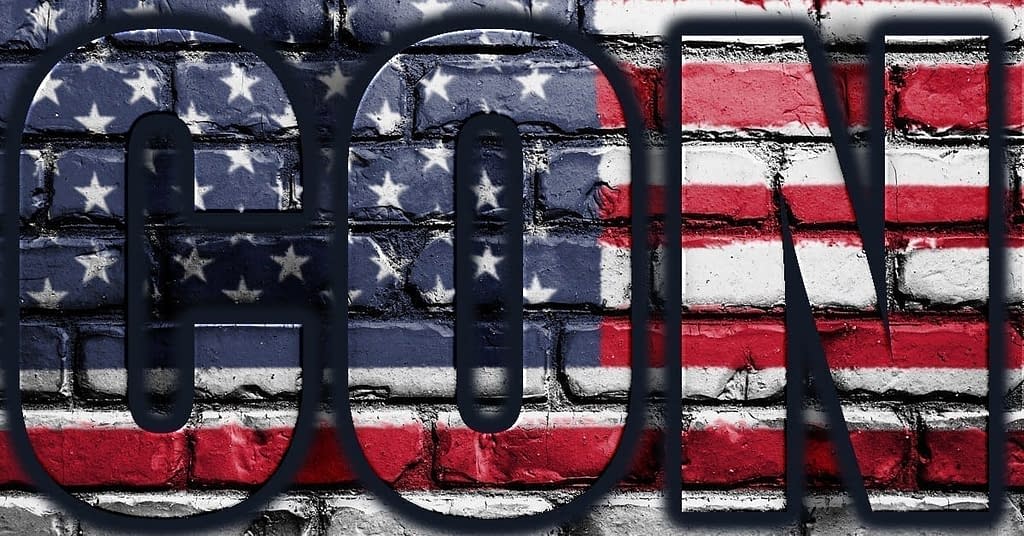 On June first, a federal judge set the date for the sentencing of Texas District 19’s current State Senator, Carlos Uresti. Later this month, on the 28th, Uresti will find out what penalty he’ll pay for his role in the Four Winds Ponzi scheme. While it’s nice to know that office holders that break the law occasionally pay for their crimes, there is more than a hint of irony in the federal government judging poor Carlos for his misdeeds. For more than half a century, the federal government has and continues to perpetrate Ponzi schemes on the people of these United States. Of course, when Carlos does it, it’s a crime; when the federal government does it, we call it Social Security.

A “Ponzi scheme,” named for Charles Ponzi who committed such an act back in 1919, is a “Scam in which a gullible group is enticed with the promise of very high returns in a very short time, but is based on paying off the early ‘investors’ from the cash from (hopefully ever increasing number of) new ‘investors.’” If that sounds familiar, it should, because it’s the basic set-up of Social Security. Only this time, Washington is the confidence-man and we’re the suckers!

Some tax-payers are under the misapprehension that with Social Security, the government taxes you and then holds or invests your money, only to give it back when you retire. Nothing could be further from the truth. The federal government doesn’t invest one dime of that money in the private sector, therefore they receive no returns, whatsoever. Effectively what Social Security does is take money out of the current generation’s pocket and give it to the previous one, in a sort of cross-generational redistribution of wealth.

Besides the hypocrisy of it all there’s another problem with even a government being allowed to play-out such a scam, a fate that all Ponzi schemes must eventually succumb to: dwindling new investors to keep up with old obligations. In 1940, there were 159.4 SSI tax-payers to cover each retiree; as of 2013, with an even larger population and expanding benefits and beneficiaries, there’s only 2.8 SSI tax-payers to every one recipient. “Why,” you may ask, “don’t they just use the funds they saved for us, all these years?” The reason is simple: the federal government spent it.

To be sure, there seems to be some controversy on whether it’s accurate to say that LBJ effectively stole SSI to hide other government costs when he included “Social Security and all other trust funds in a ‘unified budget.’”  However, it’s not even necessary to go there as Social Security is more than capable of collapsing itself without any help from Johnson. When Social Security was first proposed, it was no coincidence that the age of retirement (65) was over the age when people were generally expected to die (61). What government wasn’t expecting (an old song for the central planners in Washington) was for life expectancy to go up greatly, along with living costs. As a result, rather than being a windfall for government in all those unclaimed SSI funds by which they could adequately cover living recipients, they found themselves unable to keep up with the increasing costs of retirees that could live until about 80. At the time however, it was a good deal for the politicians: they would look like they care before their constituents and be long out of office before the haggis hit the fan! And when it hits, it will hit hard!

In an interview with NPR, economics professor Laurence J. Kotlikoff had the following to say about the legacy of debt that Washington has left us through its ill-conceived government programs:

‘If you add up all the promises that have been made for spending obligations, including defense expenditures, and you subtract all the taxes that we expect to collect, the difference is $211 trillion. That’s the fiscal gap.’

And in case you’re wondering how we could possibly pay that off (assuming that such a number isn’t so large as to put it beyond worry, kind of like ignoring the mountain that stands sentinel on the horizon), let me save you the trouble of trying to figure it out… we can’t. That’s several times more money than everyone in the Union makes in one year. When that happens, the economy will collapse, and the great depression will seem like happy-days by comparison.

As is the modus operandi of Washington, they over-promised and under-delivered. Now, because we naively believed them and their promises that government will generously take care of us through Medicare and Social Security, once the baby-boom generation retires, the U.S. is facing a national debt of hundreds of trillions of dollars, and I have yet to hear about the federal miracle Washington will perform then to keep the economy from its pre-designated melt-down. However, as I’m fond of saying, we may not be able to save the Union, but we can save Texas. If Texas were to return to independent status, like in the days under President Sam Houston, we could establish our own markets and monetary policy, providing us with some insulation for the rapidly closing time when Uncle Sam Goes careening off the fiscal cliff. If not, we will have to accept our culpability in croaking the Union, making peace with the fact that a brilliant federal plan to save us from the pending economic doom is unlikely to materialize… if history is any judge.

We may wag our finger at Uresti, our felon senator, but if we don’t do what we can and must to change things, while we have the chance, then we are just as guilty as Carlos and the federal monster we enabled. Texit now, before it’s too late.