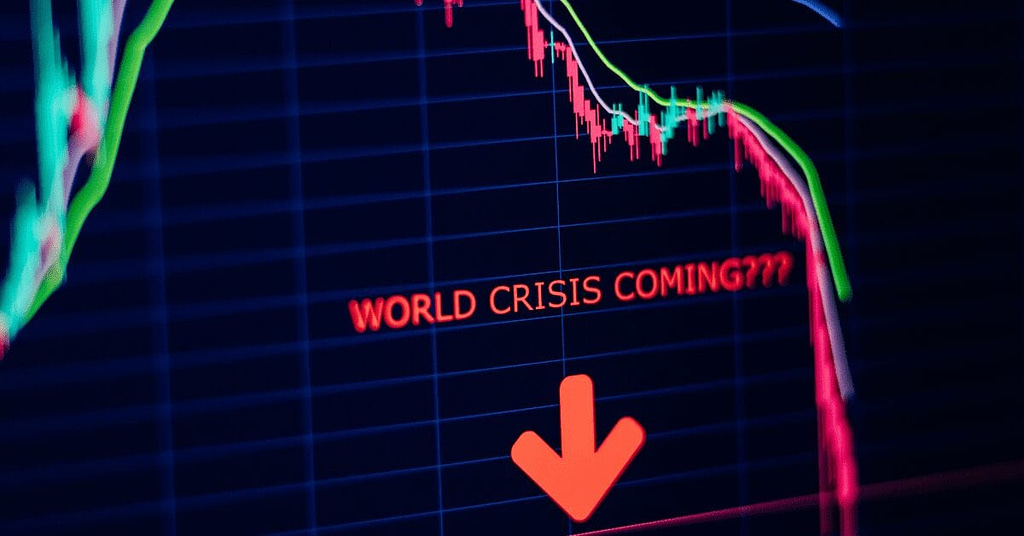 This pandemic scares me. Not the virus itself, but the global response to it. I am an economist by degree and an economics professor by profession. I do not believe the economy is a wind-up toy that can be stopped and started on a whim. I have had an eerie sense of dread that I have been unable to shake for some time now. Flooding the economy with liquidity (money) is bad enough, but a global, aggregate supply shock is likely catastrophic. And even if we avoid the inflationary pitfalls those two things entail, we are amassing a staggering debt that will likely exacerbate the economic woes caused by the shutdown.

You cannot substitute human productivity with a government printing press without consequences. Most people are familiar with what can happen when you flood the economy with money—you get inflation. Economists call this too much money chasing too few goods. Technically, I refer to it in my lectures as demand-pull inflation—excess demand in the economy (too much money) is pulling prices up. Many people harken back to just 10 years ago when despite the Bush and Obama administrations and the Federal Reserve Bank flooding the U.S. economy with money, inflation was temperate. What most people do not understand is that much of that money never really made its way into the economy. This is where I get a little wonky.

Our banks operate under what is known as a fractional reserve banking system, which means that banks are required by legislative fiat to hold back some fraction of every dollar deposited in their bank. That is called their reserve requirement. Bank funds are effectively broken into required reserves and excess reserves. It is the excess reserves that banks typically loan out. And leading up to 2008, banks generally held very little in excess reserves. In other words, they loaned out almost every dollar they could. But after the financial crisis, banks got a little gun shy and began holding their excess reserves, as you can see from Figure 1 below. This helped keep a lid on inflationary pressure that would have otherwise built up had all that money seen the light of day.

The problem today is that a great deal of this money is being sent directly to individuals and is being spent on goods and services as we speak. It is virtually impossible to avoid some inflationary pressure. But this is not the kind of inflation I worry that much about. We have policy tools to control demand-pull inflation. The reality is our economy is not static—it is highly dynamic, alternately expanding and contracting. This is called the business cycle and we can mitigate the swings of this cycle to some extent. We can argue the efficacy of doing so—that is a reasonable and just debate. But right, wrong, or otherwise we CAN affect the business cycle and have been doing so on a regular basis since the Great Depression.

Demand-pull inflation occurs during an expansionary phase, and we can slow the economy down to reduce the inflationary pressure building behind that expansion. This can be and has been accomplished by implementing contractionary monetary or fiscal policies. This consists of one or more of the following: (1) reducing the money supply, causing interest rates to rise, which makes it more expensive for businesses to borrow money; (2) decreasing government spending; and/or (3) raising taxes. The first is generally preferred to either of the latter two because it is quicker and simpler. Typically, the Federal Reserve Bank conducts what is known as an open market operation, which is little more than the buying or selling of government securities.

I am not arguing that these are good policies, just that this is widely accepted economic doctrine, and that these policies have been used extensively the last hundred years or so to mitigate the business cycle. As wrong-headed as it may very well be, this is what the Fed and Congress do on a regular basis.

For most of the last century, traditional Keynesian theory did not allow for any other kind of inflation. Keynesian economists thought they had finally tamed the animal spirits. Then something unexpected happened.

In the seventies, the Organization of Petroleum Exporting Countries (OPEC) cut oil production. Basic supply and demand theory properly predicted that the price of oil went up. We simply call this a supply shock, and most are confined to specific markets. Oil is different, however.

It turns out that the United States makes a lot of petroleum-based products—most anything with plastic and rubber is petroleum-based. Even those goods not dependent on petroleum as a direct production input depend on oil indirectly as a fuel source to deliver goods to market. The decision by OPEC to push oil prices higher caused production costs across many goods and services to rise. Many goods and services got more expensive. Gasoline, for example, when you could find it at all, was expensive and in many places had to be rationed. This increase in price is not caused by excess demand or liquidity, as is the case with traditional demand-pull inflation. It is caused by an increase in the per-unit cost of production. Thus, was born cost-push inflation—additional production costs are pushing prices higher.

This kind of inflation is evil. Here is why.

Cost-push inflation produces what is known as stagflation—a stagnant (or shrinking) economy AND inflation. With demand-pull inflation, we can slow the economy down to reduce inflationary pressure as I describe above, but with cost-push inflation, the economy has already slowed and is likely or will soon be shrinking. To quell the inflation, we would have to slow the economy even further. This is precisely what Paul Volker, the Chairman of the Federal Reserve Board, opted to do in response to the inflationary pressure caused by the oil crisis of the seventies. His decision produced arguably the worst recession since the Great Depression, thrusting double-digit unemployment upon the country for only the second and last time in the twentieth century.

Why am I worried about cost-push inflation? Because of production stoppages across the globe. The economy here and abroad has, in effect, been turned off. Many factories around the world are sitting idle. They have stopped producing. This has the same effect as increasing production costs—it leads to an aggregate supply shock. We have all this money they have given us and increasingly fewer goods and services to spend it on.

Of course, we may be able to slow the economy down and get inflation back under control like Volker did. But unemployment currently sits at 14.7 percent. If we force the economy to contract further to quell inflation, depression-level unemployment is virtually guaranteed. The high unemployment level of the Great Depression was caused by a shrink of the economy of 7 percent from 1929 through 1934. Credit Suisse expects our economy to fall by over 30% annualized in the next quarter alone.

You are damn right I am scared.

Let us not pretend the current inhabitants of this country are of the same hearty stock of those that withstood the Great Depression. Between GenZ’s safe spaces and fear of microaggressions, and GenXer’s growing affinity for socialism, it is a wonder they can feed and bathe themselves. This situation is not likely to improve soon, despite many pundits trying desperately to paint a better picture than reality is presenting. Economists at the University of Chicago estimate that sixty-eight percent of unemployed workers receive benefit payments that are greater than the earnings they have lost. There is little incentive for them to get out of their parent’s basement and reenter the workforce any time soon. And without this army of able-bodied workers, many of our factories will remain closed or on reduced production schedules for the foreseeable future.

There is a glimmer of hope that we can avoid cost-push inflation. Just prior to the global economic shutdown, Russia and Saudi Arabia got into an oil price war. This pushed the price of oil to record lows, briefly entering negative territory before rebounding. For the same reason that rising oil prices caused stagflation in the seventies, I am at least somewhat hopeful that lower oil prices will keep supply costs down and mitigate the aggregate supply shock. Reduced demand for oil, due almost exclusively to the global economic shutdown, may help maintain low oil prices.

Even if we are somehow able to avoid the kind of stagflation that would make the last bout seem like a walk in the park, nations around the world are saddling themselves with record-setting debt. The U.S. is no exception. The situation was bad before the pandemic, but the world now teeters on the edge of complete economic collapse and arguably its only recourse in the near term is to spend. Beyond the obvious, there are serious problems with this.

The Bank of International Settlements (BIS) has been around for almost a century and is owned by 62 central banks of nations that represent about 95% of global output. According to the BIS, when debt exceeds a certain percentage of a nation’s output, known as gross domestic product or GDP, economic growth is reduced. Total public debt issued by the federal government as of the last fiscal year was almost $25 trillion, making the debt-to-GDP ratio 107%. When you factor in where the GDP is forecasted to be by the end of the current fiscal year (September), that ratio climbs to 135%. The BIS estimates that when the debt-to-GDP ratio cracks 85%, “financial crises become both more likely and more severe.”

I see one and only one way out of this. We must decouple ourselves from the other states in this union before they drag us down with them. There is no better time than now to fight for Texas independence. We must get the referendum for a vote on Texas independence on the ballot soon. Very, very soon.

Join 395,218 Texans who have registered their support for the TNM. 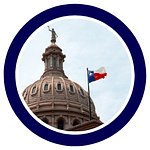 Join 395,218 Texans who have registered their support for the TNM.