A Word On The UK/EU Referendum From Texas 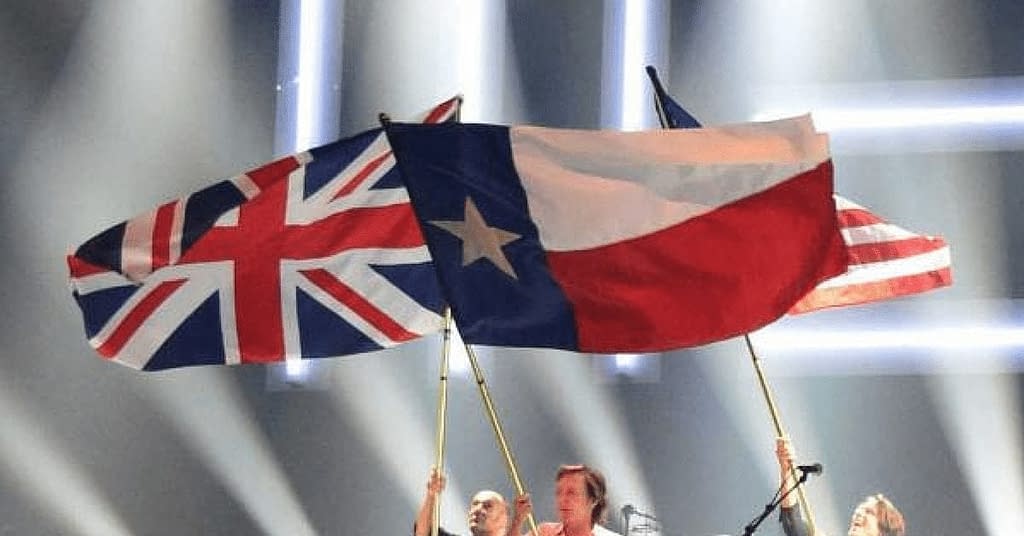 A Word On The UK/EU Referendum From Texas

Although the Texas Nationalist Movement is exclusively focused on the independence of Texas, we are watching the referendum on UK membership in the European Union intensely. The reason is simple. We are currently engaged in a political fight that is very similar to the debate taking place in the UK at this very moment.

And with US President Obama’s announcement that he will visit the UK to stump for Britain to stay in the EU, it is important that Texas add its voice to counteract the inevitable propaganda that will ensue.

Texas and the UK have a relationship that goes back to the time that we spent as an independent republic. They recognized our claim to independence when we were a fledgling nation. Now it’s our time to return the favor.

You see, in the debate over whether the UK should leave the EU, we have a unique perspective. We can see the future, because if the UK votes to stay in the EU, their future is our present.

In 1845, Texas joined the American Union. In joining, we were guaranteed that we would be able to maintain sovereignty in our own affairs. We were guaranteed that the Federal government would be limited in size and scope and would only have a say in issues that pertained to all of the states. These issues were common to us all such as mutual defense, a common currency, and a common international trade policy. We were assured that Texas would retain the rights over its own lands, the rights to make our own laws, and the right to determine our own economic policy.

Over the years since Texas joined the union, it has become much clearer that we were sold a bill of goods.

In 2016, we find ourselves in a union where the Federal government has invaded every aspect of our lives. We are buried in millions of pages of Federal regulations and laws from an ever-growing Federal behemoth that never sleeps. The Federal Government extracts $275-$350 billion per year from Texas taxpayers. $110-$150 billion of which disappears into the Federal system never to be seen again by Texans. The Federal debt is now over $19 trillion and is projected to exceed $100 trillion in the next 20 years. Our borders are porous and our immigration system is terminally broken, both of which threaten our national security and place an unbearable strain on infrastructure, healthcare and government services.

Sure, we have a constitution and elections here in Texas. But with the Federal Government’s intrusion and control, our elected officials have been relegated to three main functions – educate, medicate and incarcerate.

This happens because Texans no longer have the final word on how we govern ourselves. No matter what we decide in Texas, the final decision rests with the bureaucrats in Washington that we had no voice in electing.

In short, we have a Governor who can barely govern, a Legislature that can barely legislate, and a Supreme Court that is anything but supreme. We have the illusion of self-government.

It seems that the bureaucrats in Brussels look to Washington, D.C., envious of their power and control and want to emulate them as quickly as possible. While the loss of our freedom and independence happened over the course of 171 years, there is every reason to believe that the same loss will be experienced by the UK in a much shorter time. Indeed, look at how much independence has been lost since the institution of the Common Market.

Much like happens on the issue of Texas independence, there will be those voices out there that tout the benefits of the UK staying in the EU. They will talk about everything that will be lost by leaving. But a nation that loses the ability to make its own decisions is only the shadow of a nation.