Abbott Call For Con-Con Is A Con Job

Abbott Call For Con-Con Is A Con Job

Today Governor Greg Abbott has released a 90-page plan calling for a Constitutional Convention to fix the union. In this one move, Abbott has revealed more about his stance on Texas independence than in any previous action.

The 90-page report amounts to nothing more than a high school history lesson, a restatement of everything that the TNM has promoted as reasons for Texas to leave the union, coupled with restatements of already existing portions of the Constitution all cleverly marketed as a “plan”.

Let’s distill the 90 pages into its essence.

To answer the critics of a Constitutional Convention, like the TNM, who have concerns about an unrestrained convention further eroding constitutional safeguards, Abbott’s answer requires the liberal application of “fairy dust” and a radical suspension of disbelief.

Abbott, clearly ignoring reality, asserts that a call will be strictly limited to the agenda contained in his “Texas Plan”. This would require 34 state legislatures to all specifically agree not only to just the call for a Constitutional Convention but also specifically the agenda set forth by Abbott. He wants to open the constitution, that most of the states already do not respect, to those same states and, while those states continue to run far and fast away from the Texas model, expect them to endorse his recommended changes.

To measure just how much of a coating of “fairy dust” has to be consumed for Abbott’s plan to be believable, just look at the math. Out of 50 states, 2/3rds of those receive more money from the current Federal system than they pay in. Out of those same 50 states, Obama won over half of them in the 2012 election.

Yet again Abbott ignores the systemic failures of the union and wants to put the future of Texas in the hands of people that are not Texans. Once the people of Texas realize that Abbott wants to put their future into the hands of California, New York, Massachusetts, Illinois, Hawaii, Maryland, and Rhode Island, they will soundly reject his “plan”.

If Abbott wanted to take concrete action, today’s call would have been a call for a special session to give Texans a clear and binding vote on Texas independence. Instead we were treated to another fairy tale. And this fairy tale is just like those that he has spun regarding the border, refugees, illegal immigration, Obamacare and so many others which erode at the security and liberties of Texans.

Abbott’s move today also puts his behind-the-scenes opposition to the independence resolution in context. A little known fact about the recent push to place a vote for Texas independence on the March primary ballot is that one of the most vocal opponents of the measure in the State Republican Executive Committee was Mike Goldman who is also a Policy Advisor working in the Governor’s office.

It also helps explain Abbott’s efforts to derail the same vote in the Legislature after discussions with then-Lieutenant Governor David Dewhurst stalled due to stonewalling from then-Attorney General Greg Abbott.

Abbott seems to be angling for a future Presidential run with this move. Expect a slew of fundraising emails from the Abbott campaign as has been the typical follow-up to any of his policy announcements.

Join 393,158 Texans who have registered their support for the TNM. 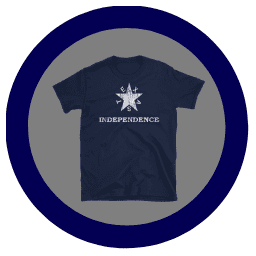 Join 393,158 Texans who have registered their support for the TNM.