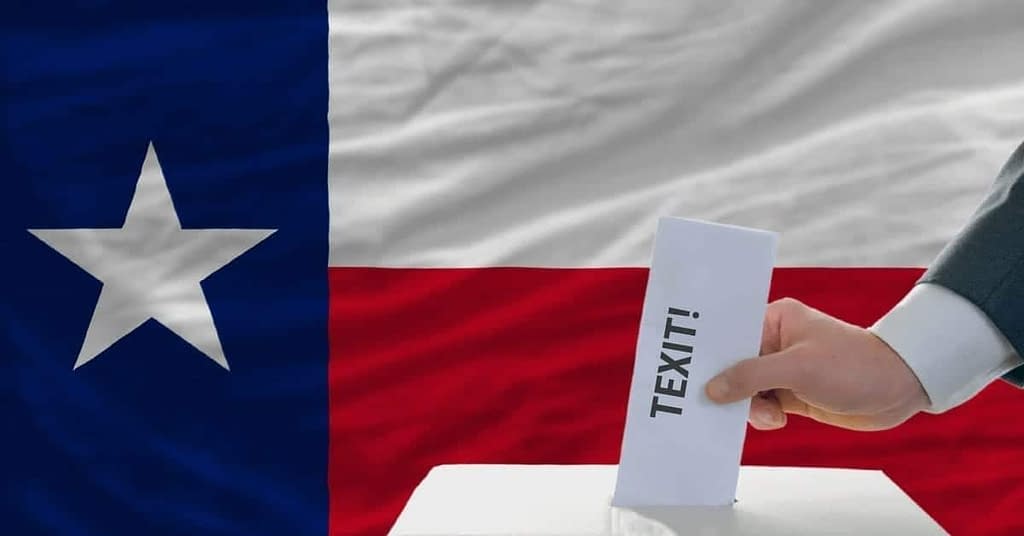 John Zogby Strategies released the results of a poll of over 1000 likely U.S. voters, confirming that more Americans support withdrawing from the union than those who are opposed.

This poll, conducted in July of 2018, showed that 39% of respondents believed that “If a majority of residents within a given state prefer to have the final say over their destiny without the control of Washington D.C., then [they should be allowed to] have it – it is their right.” Only 32% believed federal military action to prevent a seceding state would be justified. This mirrors the results from Zogby’s 2017 poll on the same topic and leads to one inescapable conclusion: those that support the right of states withdrawing from the Union are greater than those that want to force independently-minded states to remain, confirming claims TNM has made for years and validating previous opinion polling on the matter.

The breakdown of these numbers is equally interesting. For instance, the issue of the right to state independence remains a trans-partisan issue, with Democrats leading other political groups in support. This holds true when the data are broken down along racial lines, with Black support leading at 47%. The poll found similar support across every region of the Union, within a 6% difference between the highest and the lowest. Although the poll’s regional assessment doesn’t show how individual states feel, based on what we already know, there’s every reason to believe that support for TEXIT in Texas is much higher than the regional or overall support.

Additionally, these results put the nail in the coffin of the fear-mongering assertion that any State choosing to leave the Union would spark a military reprisal from the Federal Government. Despite the likely disruption to the economy, how such orders would split the military, or how such actions would bring unilateral condemnation abroad, it simply cannot be done without massive popular support. For instance, it was the beginning of the end for U.S. military involvement in Vietnam in 1968 when Gallup found that 56% favored bringing the troops home. That was after enjoying years of high support for the effort. You certainly wouldn’t be able to get a domestic war off the ground with only 32% support; it would take a lot more than that before killing one’s neighbors just for voting becomes a political winner.

After many decades of one-size fits all solutions and unconstitutional governance from Washington, the states of the Union are finally recognizing that government closer to the governed is best. Support for the Federal super-state is vanishing and the belief that each state should control its own destiny is winning, particularly in Texas.

In light of Texas’ previous polling on this matter, it is clearly the popular will of Texas that they be given the right to vote on an independence referendum, to be given a choice to either re-claim self-governance and full-sovereignty or stagnate under central-planning from 2.5 million unelected bureaucrats. Texas politicians should be on notice, as this issue will likely become the one on which their future elections rest. The end of federal tyranny in Texas may soon be at hand, and a new beginning for Liberty and sovereignty for Texans is on the horizon.