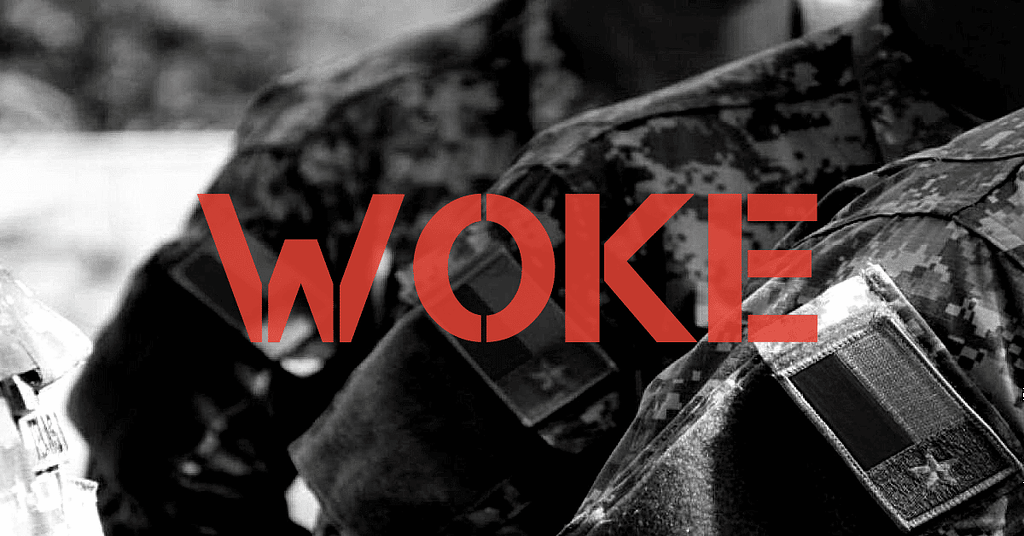 The Texas State Guard was recently subjected to mandatory “anti-extremism” training. What was taught should shock every Texan.

On May 22nd, Texas State Guard Troops were indoctrinated with the same tenets of cultural Marxism and critical race theory as their federal counterparts at Camp Mabry in Austin.

On May 27th, TNM President Daniel Miller conducted a live interview with Andy Hopper, a member of the Texas State Guard who was in attendance, where he detailed the events of the day. You can see the full interview in the video below.

Over 100 troops attended the required May 22nd class, which was derived from the training that has been administered to thousands of federal Army troops over the past two months. Most of the General  Officers from the Texas State Guard Headquarters unit were in attendance. The training focused on the idea that right-wing extremism is a primary challenge to the military forces of the United States in general and Texas, specifically, and encouraged members to report each other if they feel that their views are culturally extreme.

Outraged students inquired whether Governor Abbott was aware that this training was being administered to non-federal Texas Guardsmen. After some confusion, the instructors and Judge  Advocate General’s (JAG) lawyers admitted that they were unsure if Abbott was informed but were certain that the Texas Adjutant General, Major General Tracy R. Norris, ordered Texas State Guard  Major General Robert Bodisch to conduct the DOD training. In response to this, the point a student noted that the Texas Bill of Rights requires that the military is at all times subordinate to civil authority and questioned what civil authority authorized this DOD training. Again, the instructors admitted that they were not certain.

Although the instructors admitted that they were not privy to the exact list of extreme organizations, the National Rifle Association (NRA) was offered as an organization that was known to be extreme. The instructor stressed that although the mere membership may not classify a troop as extreme, any fundraising or solicitation of members into this organization absolutely would.

Students questioned who decides whether a soldier’s views are extreme. The only answer given was a  vague reference to the individual soldier’s “chain of command.”

The instructor added that, for example, if a troop had a “Texas Independence” or “Secede” bumper sticker on their car, that this would also characterize the troop as a right-wing extremist and not suitable for military service. The instructor apparently did not realize or address the fact that, in January 2021,  one of the five Texas Legislators that serve in the Texas State Guard, Major Steve Toth, co-authored the Texas Independence Referendum Act, HB1359. It is currently unclear as to whether the Texas State Guard is in the process of charging and/or discharging Major Toth as a right-wing extremist.

Students questioned what characterizes speech as “hate speech” or “extreme speech.” The answer given was that everybody knows what is right and wrong. The maxim “‘one man’s freedom fighter is another man’s terrorist’ is wrong” said the instructor. “You are either doing the right thing or the wrong thing, and everyone knows the difference.”

Further questions were quickly prohibited and at one point, a high-ranking leader shouted “don’t answer that” to the instructor when pressed by the student.

Texans concerned about the federal indoctrination of the Texas State Guard should reach out to Governor Greg Abbott (512-463-1782) to register a complaint.

Listen to leaked audio of the training