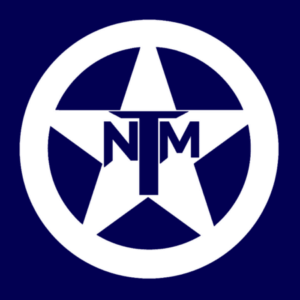 If Greg Abbott has proven anything, he has shown his ineptitude at difficult leadership decisions. He has always cared more about poll numbers than doing the right thing for Texas, which has been especially clarified by his mishandling of the Coronavirus and the economic restrictions set because of it. Not only have Texas citizens begun taking notice of this, but State Representatives like Steve Toth are sick of it.

At the very beginning of the Coronavirus, death projections made by the Institute for Health Metrics and Evaluation (IHME) indicated that up to 1.1 million Americans could lose their lives. During these early days, many of Texas’ legislators were rightfully worried about the possibilities that the, unbeknownst to them, rapidly blown out of proportion coronavirus could destroy the great State of Texas’ infrastructure and hurt the people within it.

When the virus found its way into Texas, the phrase “flattening the curve” was thrown around by politicians both federally and locally, hoping they wouldn’t be seen as responsible for potential significant death tolls. More specifically, Governor Abbott announced restrictions on the Texans and some businesses that were to only last 15 days.

Once the economy was shut down, many people were temporarily out of work. Many even lost their jobs as companies deemed “non-essential” began going out of business or downsizing because it was now illegal to continue operations. The jobs that were now gone were essential to the individuals and their families’ livelihoods, but it appears not to the governors and legislatures of their State.

As unemployment rates rose, and the original “15 days” had passed, the economic lockdown stayed in place. More and more jobs were being lost and Greg Abbott was deaf to the cries of the average Texans that were suffering due to elected officials like him hoping to come out on top in the virtue signaling contest to decide who ‘cared’ more about the virus. This is a pattern for Greg Abbott that has seemingly followed him throughout his career. He will say and do anything he can to prevent backlash from the public with empty words just to do the exact opposite behind closed doors.

What the mainstream media originally called “a little worse than the flu” became a full-fledged “global pandemic” and the panic pushing news companies were coming up with new ways to scare Texans into submission. This was despite the economic hardships we were still facing due to the lack of work.

The death count never came close to the projections predicted by federal officials and blindly parroted by the media, yet six months later, the economy is still under tyrannical restrictions while business owners and workers are trying to make ends meet. Now legislators are beginning to grow tired of sticking up for these restrictions, especially when no evidence has been given as to why specifically restaurants and bars are being singled out.

Just yesterday, State Representative for the House’s 15th District Steve Toth came out in a powerful letter to formally withdraw his support for Governor Greg Abbott. Citing his mishandling of Covid-19 as a catalyst, his letter more so went after the fact that Abbott uses polling data to make his leadership decisions as opposed to actual infection data to do what is right for the State. “Leading by polling” has been a big problem with Governor Abbott for a long time.

Toth is the first sitting State Representative to formally come out in opposition to Abbott’s inept leadership abilities rather than the usual practice of sending a tersely worded letter begging for Abbott’s indulgence on the COVID issue. In the first couple of sentences of Rep. Toth’s announcement, he made perfectly clear the mistakes Greg Abbott continuously has made for 6 months now.

“Sadly, I withdraw my support for Governor Abbott’s handling of COVID 19 for the State of Texas. To the dismay of many businesses who are being driven into bankruptcy and 3 million Texans who’ve lost their job the issue of leading the fight against COVID hasn’t been about science or data for nearly five months. Polling and fear of public backlash is now driving the Texas response.”

If we are to see the success of TEXIT, it cannot be done with a man like Greg Abbott sitting in the Governor’s office. He has proven that his words are nothing but empty lies to enhance his public perception just so that he can backtrack while his sights are set on a run for the Oval Office. The beginning of a re-stabilized economy and an independent Texas starts with the removal of Governor Greg Abbott.

Join 429,026 Texans who have registered their support for the TNM. 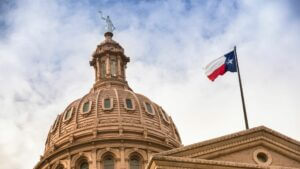 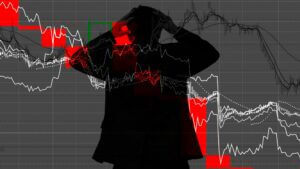 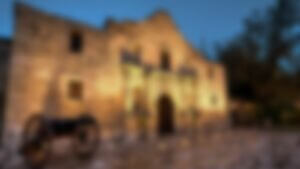 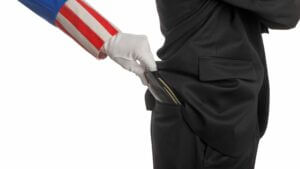 Liars, Cheaters, and Thieves Continue to Increase the Federal Debt

The following is a statement from Texas Nationalist Movement President Daniel Miller regarding the FBI raid on the Trump residence. The raid on the residence …

Bad times are here, and worse times are coming. And it was all predictable. Worse, it was avoidable.  Two years ago, I authored an article …

On August 1st, the State Board of Education (SBOE) will receive and take public testimony on a recommendation that the entire 4th Grade unit on …

The following is a statement from Texas Nationalist Movement President Daniel Miller regarding the FBI raid on the Trump residence. The raid on the residence …

Bad times are here, and worse times are coming. And it was all predictable. Worse, it was avoidable.  Two years ago, I authored an article …

On August 1st, the State Board of Education (SBOE) will receive and take public testimony on a recommendation that the entire 4th Grade unit on …

Join 429,026 Texans who support our work to make Texas an independent nation again.

Join 429,026 Texans who support our work to make Texas an independent nation again.