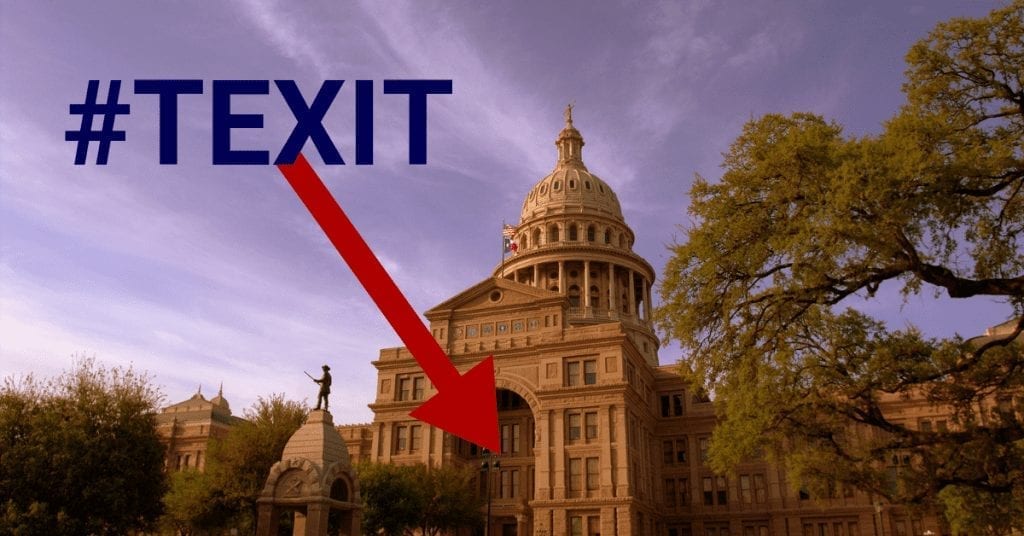 Personal advocacy for a TEXIT referendum seems like a no-brainer on the surface. You want legislation filed that will give Texans a vote on independence. They represent you so they should just file the bill. Here are some guidelines for upping your game and being extremely effective at personally advocating to your representatives for a vote on Texas independence.

No matter which side of the issues your elected officials usually stand, you can find common ground. That starts with building relationships with them. They need to see you as a person rather than just “another constituent” wearing them out over a specific issue. One courteous and respectful interaction is worth more than a thousand angry phone calls.

It’s not just your elected representatives that you need to develop relationships with. You will get much farther much faster if you develop relationships with members of their staff. For all of these reps, their staffs serve as gatekeepers. If you cross one or more key members of their staff, you will be stopped dead in your tracks. However, a friend on their staff can “grease the wheels” for you and give you great insight into your representative, issues for which the representative is extremely passionate that can be addressed by TEXIT, as well as insight into specific concerns that they may have about a vote on independence.

While many are motivated by a rigid set of principles, at the end of the day all state-level elected officials are concerned about two things: enough votes to win re-election and enough money to fend off any challenges in the next election.

Nearly all state-level elected officials, when contacted by a constituent, will check

that constituent’s information against two databases – the voter database and their donor database. They want to know:

None of this information is secret. It is all a matter of public record. If you didn’t vote in the general election, didn’t vote in the primaries, voted in the primary for the party of which they are not a member, or didn’t donate to them or anyone understand that they will find out. Be prepared to deal with any of these issues by heading it off at the pass.

“Even though we’re in different parties, I’m sure we both share some concerns about our district and our State.”

“I’ve never been motivated to give money to a candidate’s campaign because I haven’t found a candidate that shares my views on Texas independence.”

If you don’t know your State Senator or State Representative, you can use the Find Your Rep tool here: https://tnm.me/legislature

TEXIT is a very simple solution to a massive number of complex problems that face Texans. The challenge with elected officials is that they seek solutions that are as complex as the problems that they claim they want to address. Because of their singular focus on complexity, a referendum on Texas independence and what follows will cause them to have a massive number of questions and objections.

That means that first of all, you need to be armed with all of the facts. Prepare by consuming as much about the issue as you possibly can. The TNM’s TEXIT section on our website is a great resource for this. Another great resource is the book TEXIT: Why and How Texas Will Leave The Union. It will arm you with answers and their context for nearly every conceivable argument or obstacle that they throw in your way.

At a minimum, you should be able to tell them:

You tell your story enable others to “get you” – to experience the values that call you to advocate for Texas independence. The key is to focus on choice points: moments when your values counted in choices you made in response to challenge, to uncertainty. When did you first care about being heard on your belief that Texas would be better off as an independent nation? Why? When did you feel you had to take action? Why did you feel you could? What were the circumstances? Your story can be a powerful tool in interacting with your elected representatives by allowing them to see something of yourself: not your deepest secrets, but the key moments that motivated you personally to support Texas independence.

Here’s the key point about your story. You should be able to tell your story in less than 3 minutes. Craft it and even practice it with friends and family.

Be sure to thoroughly read the proposed legislation and understand what it does. Here are the key points:

The bill is ready to file AS IS without any additional work having to be done by the Texas Legislative Council. This is important because the “Lege Council” can has been a roadblock to efforts to file this bill in past. In its current format, the bill can be directly filed. This makes the legislators jobs much easier.

How you interact with your representatives is just as important as what you say and how you say it. Legislators have a secret hierarchy that helps them evaluate the level of support for an issue.

In order from the most impact to the least impact:

The Most Important Tactic

All of these tactics can help you be more effective, but there is one thing that will guarantee your success. NEVER QUIT!

You may never get either of your representatives to file or support this legislation. Great! They have to get reelected so replace them with someone who will. You must outlast them and possibly every one of their successors until we get and win a vote on independence.

THE TNM CAN HELP

There is no doubt that the growth of the Texas Nationalist Movement directly impacts the ability to persuade these representatives. Our members have the opportunity to participate in coordinated actions that directly advance the cause of Texas independence.

Becoming a member of the TNM is a great way to connect with others who are advocating for a vote on independence and to be a part of the larger movement for independence. You can find out more at https://tnm.me/join.