With the Texas Legislature in session, you have a once-every-two-year opportunity to publicly give legislators an earful of Texit. Here are a two ways that you can make Texit the focal point of any public policy debate.

Federal Money Is Our Money

Virtually all major public policy debates in Texas come down to one thing – money. In fact, session-after-session the issues of property tax reform, school finance, and many other dominant policy issues revolve around the amount of state revenue versus how much the Legislature needs or wants to spend on them. However, Texas does have enough revenue. It’s being a part of the federal system that makes revenue an issue.

Texans pay anywhere from $103 to $160 billion per year more into the federal system than comes back to us in federal dollars. That’s money that we never see again. To put this into perspective, this statistic alone means that our continued membership in the federal system is like having a major disaster the size and scope of Hurricane Harvey hit Texas every 9 months. This doesn’t even take into account the overall economic impact of having that money taken from us.

That’s money that could have stayed in Texas and been spent according to our needs and priorities. It also could provide enormous tax relief to Texans. When some legislator or bureaucrat claims that Texas doesn’t have the money to fund something that Texans care about or uses the lack of revenue as an excuse to give you a tax break, remind them that it is only their lack of willingness to support Texit that makes it that way.

There is one central idea that drives most Texans in their support of Texit: Texans are sick and tired of being governed by 180,000 pages of federal laws, administered by 440 separate federal agencies, and 2.5 million unelected bureaucrats. Texans believe that the best people to govern Texas are Texans. That is not how things work now.

It is a bitter pill for Texas legislators to swallow but under the status quo the laws that they pass are merely suggestions. At any time any law passed by the Texas Legislature can be overturned by a some unaccountable federal judge who no one in Texas chose or by an act of a Congress 92% of which were not chosen by the people of Texas. This has profound implications for all public policy matters and is especially bad for issues of personal liberty and rights.

When a legislator proclaims that they are a champion for life, the right to keep and bear arms, free markets, or any number of major issues, remind them that their continued support of Texas remaining in the union and reluctance to embrace Texit means that they aren’t really a champion of those issues – just an enthusiast.

Call It What It Is

Texans have a saying: “The only things in the middle of the road are yellow stripes and dead armadillos.” When it comes to the issue of self-governance for Texans, it is important to be crystal clear and specify exactly what needs to be done – Texit. No matter whether you are testifying in front of a legislative committee, visiting or calling your representatives, talking with fellow constituents, or writing letters to the editor of your local newspaper they need to hear the word “TEXIT” as much as possible. But they don’t need to hear it in a vacuum. It needs to be given as a solution to a public policy issue or the first step on the way to solving one. 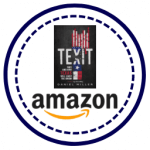