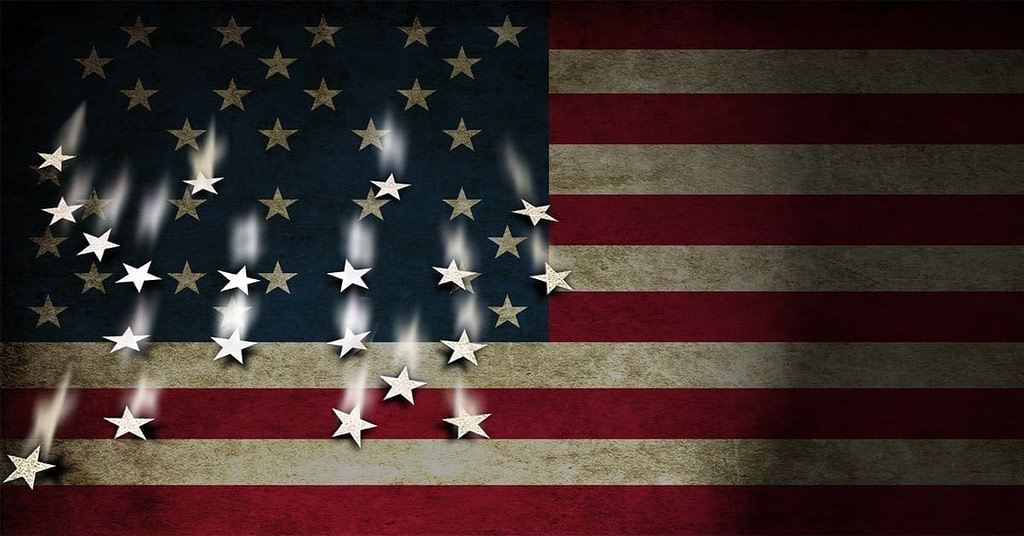 Modern America is a land of deep division and bitter disputes. We live in a factious age of hyper-partisanship, where often the most mundane acts carry political meaning, and the person one votes for might be the very thing that destroys a life-long relationship. But even in this tribalistic time, we are yet arriving at some consensus. Just under the surface, there is a growing nexus of agreement… on one topic. As the report from Zogby Strategies put it, “many are ready to set aside their differences in a way reminiscent of the Declaration of Independence.” What topic could this be? Independence itself!

Recently, Zogby Strategies conducted a “nationwide poll of 800 likely voters” on secession. They asked respondents to pick one of two statements as closer to their own beliefs on the subject. The first statement said, “If a majority of residents within a given state prefer to have the final say over their destiny without the control of Washington D.C. then let them have it – it is their right,” basically that a people has a right to self-determination, period. The second statement said, “If residents within a given state were to take such a drastic measure and secede from the United States, the federal government would be justified in sending in the military to prevent secession from taking place,” affirming the federal government as justified in wiping the floor with any that quit the federal system. Those that agree with the latter statement are 1/3 (32%), but remarkably, “nearly four in ten (39%) agree that each state has the ultimate say over their destiny and that secession is a right.” That’s a clear plurality! The remaining 29% were undecided. But, to put it another way, 68% of likely American voters are open to the idea of secession from the United States… This isn’t just huge, it’s a game changer!

As good news as that is, there’s more! It seems that the younger the age-group from the poll, the more likely they are to support secession, with 18-29 age range supporting it at 47%. Conceivably, this belief seems set to increase with time! Looking at this along party lines, among Democrats, those supporting secession number 41%; with independents it’s 40%; and among Republicans, that level is 38%. What this shows is there is similar agreement across the political spectrum on secession. Although they may not agree on anything else, they do agree in the right of self-determination for states in the American Union! And when divided by regional areas, the South leads the pack with favoring secession at 48%, the Northeast and West at 43%, while only 25% of the “Central/Great Lakes region show support.”

To many, these results may seem a surprise, but not to Texas Nationalist Movement! We’ve been watching this trend for some time and have said so. In a statement, TNM President Daniel Miller said the following:

This polling confirms what we’ve been saying for years. Texas and other States are reevaluating their relationship within the union and are beginning to understand that self-determination is their way forward. These results also dash the hopes of the apocalyptic doom-sayers who believe that a peaceful referendum on independence will lead to a second civil war. It simply won’t happen.

But that’s ok politicians, reporters, and general nay-sayers (you know who you are!), there’s plenty of crow to go around! Do you like it grilled or fried?

It seems that the independent spirit lately sweeping globe was indeed genuine, and also that America is not immune to proposition that the governed can indeed remove their consent and form a government more in line with their values. The dirty secret about that, is that it has always been that way. And though the report didn’t single out Texas, previous polling has shown Texas to be very fertile ground for the belief in self-determination. However, those that believe in an all-powerful federal government that can force on the states what it thinks best are now a dwindling number. Politicians take note, Independence is now a viable political issue, one which may very well become a litmus test for office. We may now be witnessing the beginnings of the re-birth of the sovereignty of Texas and other states, and the end of the federal nightmare.