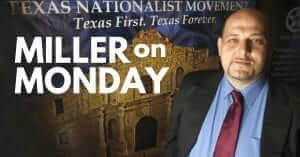 I can honestly say that I have never seen as much interest in the UK from this side of the Atlantic as there is today. While supporters of Texas independence have had their eyes firmly fixed on the Brexit issue, the attention of many has been drawn to our British cousins and their place in the larger fight between nationalism and globalism. While many know at an unconscious level that they should pay attention to UK politics, most don’t understand why it really matters to Texans and what we should take from it.

Last week’s General Election in the UK has produced something more than lessons. It has sent some major warnings about politics here in Texas.

Take, for instance, last week’s General Election. Some may remember that prior to the Brexit vote, the UK had a regularly scheduled General Election where the Conservative Party secured a firm majority in the House of Commons which also secured David Cameron’s position as Prime Minister. But what rocked UK politics and sent shockwaves throughout the world was the electoral strength of the UK Independence Party. While the Conservative and Labour parties held on to the top two spots for total vote count, UKIP received the third highest vote count.

UKIP is known primarily as the party of Brexit. When you combined the UKIP voters and the Brexit supporters in the Conservative and Labour parties, it was a clear message to David Cameron that, at a minimum, if he did not call for a vote on the issue, he and the Conservative Party were going to be in serious trouble in the next General Election in five years time.

The UKIP surge directly contributed to the call for a vote on Brexit and in the win. Because Cameron was a die-hard supporter of Britain remaining in the European Union, he resigned after the people chose otherwise. Theresa May, the Home Secretary under Cameron, was chosen by the Conservatives to replace him as Prime Minister, and she pledged to move forward with Brexit.

After much delay, she triggered Article 50 of the EU treaty which started the two year countdown for Britain’s exit. And then she did something that surprised everyone. As Prime Minister, she can call for early elections and that’s exactly what she did.

The results of the General Election were disastrous for Theresa May, the Conservative Party, UKIP, and present a clear danger to the Brexit process and the future of the UK.

There is analysis in every major media outlet speculating as to her reasons for doing this. What I want to focus on, however, are the very clear lessons that Texans should take from the results and the even clearer warnings for Texas politics moving forward.

The sharpest criticism on Theresa May’s campaign performance was its focus on her. The central theme of the campaign was Theresa May herself, thereby turning the vote into a referendum on how likable she is. Which is an odd choice as she prides herself on being pragmatic to the point of being unlikeable.

This focus on personality is not uncommon in Texas politics. But sometimes it can go too far. Take, for instance, the attempt by Governor Greg Abbott to add this language to the Republican Primary ballot in the last election. “Do you support Governor Greg Abbott’s agenda?” It was an attempt to put the party’s “Seal of Approval” on whatever Abbott did, as opposed to Abbott pushing for the party’s platform and priorities. With the Governor prepping for his reelection campaign, his campaign team should look to May’s as a cautionary tale and not a playbook.

Although the Labour Party did not get a majority, nor did they best the Conservatives in the number of seats in the House of Commons, they flipped enough seats to prevent the Conservatives from having a majority. Some of you are unfazed by this revelation. That is because you don’t know Jeremy Corbyn, the leader of the Labour Party. The UK came perilously close to putting in a Prime Minister who calls the terrorist organizations Hamas and Hezbollah “brothers” and has heaped enormous amounts of praise on Venezuelan socialist Hugo Chavez.

What propelled the surge in the Labour vote were two things – turn out and youth. Labour energized youth voters by pledging free college tuition and student loan debt forgiveness. Then, they made sure that those voters got to the polls and cast their votes for Labour candidates. They were organized, focused, and effective.

That same drive, those same themes, and that same level of organization is at work in Texas right now. You need to look no farther than the recent municipal elections in San Antonio. Sure, San Antonio is a bastion of neo-Marxist thought, but when Julian Castro can praise the “shift to the left” on election night, you know that there is fire on the horizon.

The good news out of the election is that Brexit is still going to happen. Article 50 has been triggered and the UK’s exit from the European Union is inevitable. The bad news, however, is that election results like these will likely mean that a hard Brexit will be negotiated down to a Brexit-ish.

Whether Texans see the connection here between the UK elections and the politics here in Texas, the fact is that this connection exists. These battles are not taking place in a vacuum. They are happening as part of a larger battle between globalism and nationalism. These fights are happening in every country in the world. And, yes, by country I mean Texas and not the United States. The sovereignty and independence of Texas are at stake in this war because as it is ceded to the Federal Government, it is further parceled out to the forces of globalism. We must learn the lessons and heed the warnings if we truly believe in the words, “Texas Forever!”