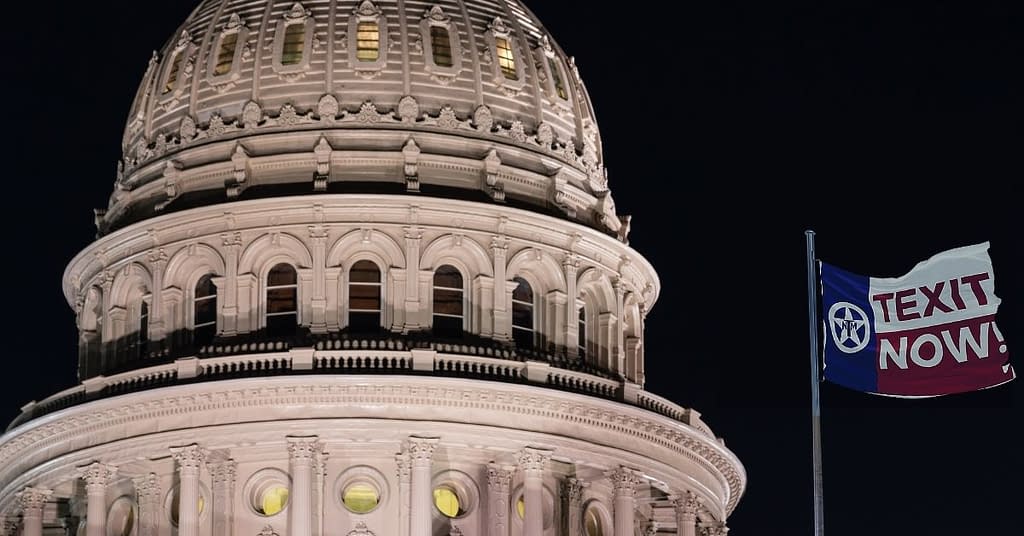 A brand new poll shows that the United States is on the verge of a breakup. Texas is leading the way, and others States are sure to follow. While this may be a surprise to some, it confirms what the Texas Nationalist Movement has been saying all along – TEXIT is an inevitability.

When it comes to Texas Independence, nobody has done more research on the issue than the President of the Texas Nationalist Movement, Daniel Miller. For years he has been saying this is something the people want, and they deserve to have a voice in the future of Texas. In August of 2015, he told Reuters, “The people of Texas don’t have anything against the United States, they are just tired of being governed by bureaucrats we didn’t elect pushing programs we don’t want.”

He was not wrong then, and the polls show the people of Texas are becoming more and more dissatisfied with the federal government.

A Reuters Poll conducted in 2014 showed 54% of Texas Republicans supported leaving the Union. At the time of that poll, the TNM had about 200,000 registered supporters. However, that number has more than doubled in the past seven years (now over 414,000), showing growing support for TEXIT.

On December 12, 2020, Victory Polling conducted a survey that showed 53% of Texas GOP voters favor Texas becoming independent. Another 14% are open to the possibility but are yet undecided.

BrightLineWatch conducted a survey in February 2021 that revealed 50% of Southern Republicans, 45% of Independents, and 13% of Democrats support their state leaving the union.

Just four short months later (June 2021), a repeat poll by BrightLineWatch and YouGov showed those numbers are up to 66%, 50%, and 20%, respectively. Again, however, it is highly likely these numbers would be much higher if the poll is conducted on Texas voters alone.

While the bureaucrats in the state and federal government want the people to believe the issue of TEXIT is the radical, far-fetched, and crazy thought of a select few, the polls do not lie.

The federal government has failed the people of Texas repeatedly as of late. They have made laws and written executive orders that are in direct violation of our constitution.

They continually fail to listen to cries for protection from the people being affected by the Biden Administration’s open borders policy.

Additionally, they take more and more from the taxpayer pockets and have vowed to take even more. Texas already overpays the federal government $103-$160 billion a year, and they want more.

As the TNM has stated repeatedly, the only solution to the problem is to separate from the United States. The bureaucrats in Washington do not have the best interest of Texans at heart. The TNM’s mission is “to secure and protect the political, cultural and economic independence of the nation of Texas and to restore and protect a constitutional Republic and the inherent rights of the people of Texas.” The only way to ensure those things is to have Texans running Texas.

In response to our legislators’ repeated refusals to allow the people to be heard on the issue, the TNM has initiated a petition to get the TEXIT Referendum on the Republican primary ballot in 2022. The TNM believes with undeniable certainty that if the people are allowed to vote on TEXIT, it will pass with an overwhelming majority. The poll numbers show that we’re right.

To learn more about this petition and connect with a petition circulator, visit tnm.me/petition.

Learn more about TEXIT at tnm.me/TEXIT.

To become a registered supporter of the TNM, visit www.tnm.me/join.