Should TEXIT Supporters Sue Opposers Who Accuse Us of Treason? 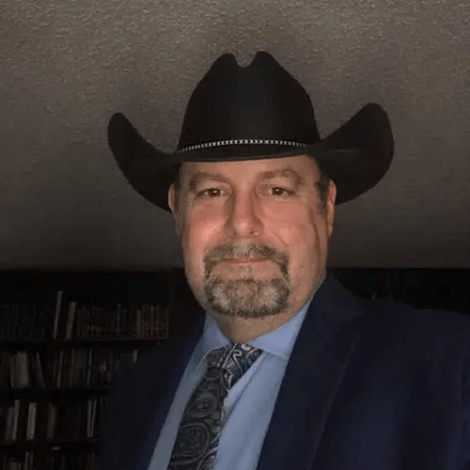 A favorite tactic of those opposed to TEXIT is to hurl the accusations of “treason” and “sedition” at TEXIT supporters without understanding what these words mean. Perhaps they should brush up on the meaning of another word – defamation.

Because these self-proclaimed heralds of truth love to wield their words with reckless abandon, one word that should catch their attention today is the word defamation. Cornell Law School’s Legal Information Institute defines this word as “a statement that injures a third party’s reputation.” This occurs in one of two ways: Slander (spoken statements) and libel (written statements). According to North Texas Legal News (16 Sept 2013), in Texas law, we find “two types of defamation: defamation and defamation per se.” Texas courts have (Main v. Royall, 348 S.W.3d 318, 390 [Tex. App. – Dallas 2011, no pet.]) ruled that certain statements fall into the category of defamation per se: “(1) statements that unambiguously charge a crime, dishonesty, fraud, rascality, or general depravity or (2) statements that injure one in his office, business, profession, or occupation.”

Whether TEXIT opponents realize it or not, when they accuse TEXIT supporters of “treason” or “sedition,” they are accusing them of committing a crime and that is textbook defamation per se.

The accusation of sedition is yet another defined crime in law. Cornell Law School’s Legal Information Institute references The Book of English Law by Edward Jenks and provides the following definition: “the speaking or writing of words calculated to excite disaffection against the Constitution as by law established, to procure the alteration of it by other than lawful means, or to incite any person to commit a crime to the disturbance of the peace.” Sedition is classified as criminal activity in 18 U.S.C. § 2384 and carries the penalty of a fine and/or imprisonment of up to 20 years.

Now, accusations of both treason and sedition have been leveled at supporters of Texas independence (#TEXIT). The Texas Nationalist Movement (TNM) has never advocated for levying war against the United States.  The TNM has not and does not offer aid and comfort to enemies.  Therefore, no act of treason has been or is being committed.

The opponents then fall back and retort with an accusation of sedition. However, their lack of understanding arises once more.  According to the definition, in order for sedition to occur, the efforts to excite disaffection or to procure alteration must come by “other than lawful means.” The TNM has not and does not support any means of achieving Texas independence except by lawful means. The Texas Constitution acknowledges the “inalienable right” of Texans “to alter, reform, or abolish their government in such manner as they think expedient” (Art. 1, Sect 2). One cannot be logically or lawfully accused of treason or sedition when one is exercising rights acknowledged and contained within the codified law.

Calling for a vote for Texas independence is not a crime and is, in fact, contained in the very fabric of our Constitutional Republic. These venom spewers either do not understand the definitions of the words they hurl, or they know the meanings and hurl them anyway with the intention of maligning their opponents. Thus, malice is introduced into the equation.

According to defamation per se, to unambiguously levy a charge of criminality against another person makes one a slanderer. These journalists, pundits, and politicians – the reputable bunch they are – seem to be willing to open themselves to legal liability when they falsely assert that those who support a vote for Texas independence are guilty of treason or sedition. According to Bentley v. Bunton, 94 S.W.3d 561 (Tex. 2002), when defamation per se occurs, the plaintiff is entitled to “recover general damages, including damages for loss of reputation and mental anguish.”

To those who like to scatter their false accusations, consider the following as a guide and potential word of caution.  In March of 2016, a Jefferson County man leveled the charge of sedition against the proponents of a referendum on Texas independence during a County Convention. After a point of order was called by Daniel Miller, the President of the TNM, demanded an immediate apology. He also delivered a direct challenge. Miller told the man that if he believed a crime had been committed, then the appropriate response would be to call 9-1-1. The call, just like the apology, was never made.

Now, in light of the fact that these accusers refuse to discuss their position logically and are afraid to execute the appropriate response to the crimes they allege, it might be time for them to get a dose of their medicine.

False accusations of treason and sedition are, in fact, defamation per se according to Texas law.

How interesting would it be for lawsuits to be filed against these false accusers by each and every person in the TNM being falsely accused of the crimes of treason and sedition?

The opposition is running out of arguments, out of logic, and are running scared. Attempts to soil the TNM’s reputation are falling like Biden’s and Cornyn’s approval ratings. The vast majority of Texans, 66%, according to a recently released poll by SurveyUSA, support Texas independence. That is not 66% of Republicans only.  That is 66% of Texans.

TEXIT supporters are people who love our state, our culture, our history, and, most importantly, our freedom. Being a Texan is a mindset. Texans DO NOT like people who throw around false accusations and so malign a person’s character and reputation.

If you want to join the ranks of the falsely so-called seditionists or traitors, then the TNM is where you want to be, with the people who are fighting daily for Texas independence. We are not traitors.  We are not seditionists. We are people who have crossed the “Line in the Sand” and are working for a better future for Texas. We have said, “No more!” to federal overreach and tyranny and “Yes!” to freedom and independence.

Join 438,874 Texans who have registered their support for the TNM.

Share via
Should TEXIT Supporters Sue Opposers Who Accuse Us of Treason?