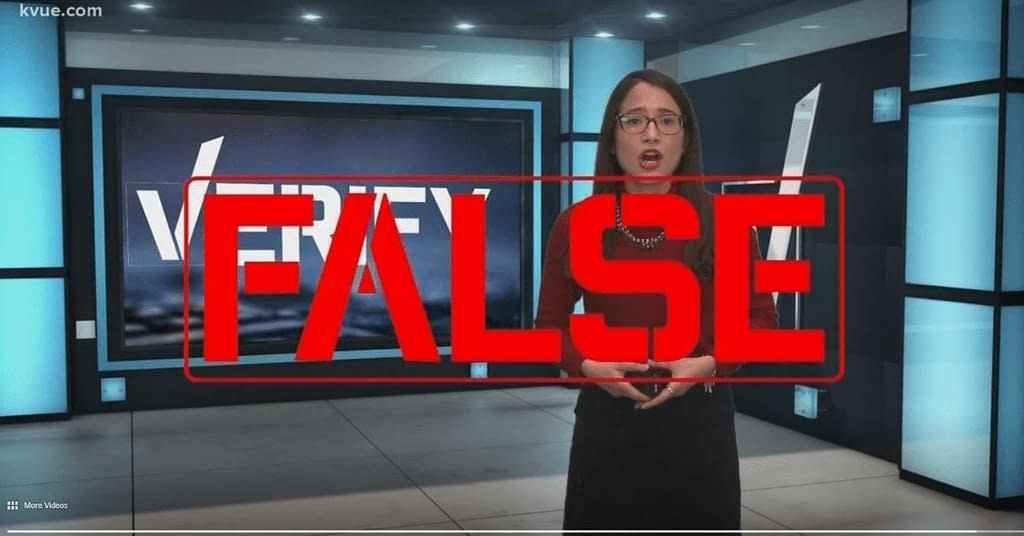 While the battle for an equal voice on social media platforms is grabbing all the headlines, there is a much older battle to control the public that is being waged to silence the voice of pro-TEXIT Texans.

We are intimately familiar with this concept. For years, we’ve been fighting the attempts of social media platforms and tech behemoths to squelch the voice of the Texas Nationalist Movement and pro-TEXIT Texans, which we have documented in detail. But we’ve never directly addressed the running battle that we’ve had with the mainstream media.

For us, it’s just been the “cost of doing business” and another obstacle to overcome. Recently, however, we’ve been asked more than usual about the lack of mainstream media coverage of the TNM and TEXIT. It’s time to rip the lid off of the media’s war on the TNM.

Timeline of Suppression and Lies

For years, the TNM has been fighting an uphill battle trying to get media coverage for our efforts to liberate Texas through Texit. Not only have media outlets outright refused to accept press releases detailing our efforts, they have also shut us out of stories they deign to run that are actually about us. Here are some example we’ve compiled of the media’s refusal to cover the TNM in an unbiased and fair manner.

June 2015: A Politico hit piece is published that attempts to link TNM with the Kremlin and extreme right-wing ideologies. The underlying tone of the piece tried to suggest that the efforts of the TNM were part of a plan to destabilize the United States, rather than a true, legal effort to gain freedom for Texas from the oppressing federal state. This effort was part of a multi-year strategy to create the false narrative that the TNM is a Kremlin-funded operation.

June 2016: An article in the Longview News-Journal titled “Brexit vote inspires Texas secession movement leader with Longview ties” gathered hundreds of overwhelmingly positive and supportive comments before the newspaper removed all of the comments and pulled the article from the front page of the website.

September 2016: The Houston Chronicle decides to respond to one of TNM President Daniel Miller’s articles regarding Texit. Instead of a fair and balanced approach to reporting, the article attempted to malign the character of Texans who support independence and substituted the actual arguments raised with the grotesque straw-men of their own imagination.

October 2017: The mainstream media grabs on to the Russia/Facebook scandal, including a Facebook page called the “Heart of Texas” that was started and populated by a Russian troll farm. Despite repeated denials of involvement with said page, the media finally decides to cover our organization, but only in an attempt to give the false impression of a relationship between the TNM and the group in question.

February 2018: The Mueller report on the investigation into Russian election meddling is released and references a U.S. person associated with a “‘Texas-based grassroots organization,’” who unsuspectingly communicated with the Russian nationals. This person was not named, nor the organization with which they were affiliated, but that didn’t stop many in the media from leaping to the conclusion that it must be the Texas Nationalist Movement. This was again used to reinforce the false narrative that the TNM is a Russian operation.

KBMT-12 in Beaumont, KVUE in Austin, and CBS-19 in Tyler have run news stories specifically questioning the legality or constitutionality of Texas separating from the union. Despite the TNM being easily and readily accessible, in all three instances, the outlets neglected to reach out to us in their reporting and then refused to air our responses. The stories that resulted were, unsurprisingly, completely one-sided and falsely declared that TEXIT is both illegal and unconstitutional.

Of course, the U.S. media occasionally covers Texit. However, when they do, the facts are sometimes misrepresented or otherwise buried by dismissive language that seems to hint to their readers that they need not pay any further attention.

Let’s be clear. The biased coverage is only part of the story. The rest of the story is something that should alarm every Texan – outright suppression. As political bias has crept into newsrooms throughout Texas, that previously veiled bias has given way to open warfare. To date, over 75 Texas-based TV stations, newspapers, and radio stations have directly refused to even accept press releases or any contact from the TNM. These are not outlets that have simply refused to run what we send or ignored us altogether. These media outlets have publicly declared that they will accept news releases and have taken direct action to prevent us from sending releases to them.

The TNM’s sheer size, scope, and depth of support is exactly why the media has declared war on us specifically and TEXIT in general. An independent report that compared declared supporters of different national and Texas-based political groups showed a high level of support for the TNM. Among Texas-only organizations, Texans For Lawsuit Reform, the powerful political action committee, only registered support from 0.11% of the registered voters in Texas while the current favorite cause of Governor Greg Abbott, the Texas branch of the Convention of States Project, showed support of only 0.61% of Texas voters. In comparison with all of these “acceptable” organizations, the Texas Nationalist Movement has the declared support of 2.11% of Texas voters. It goes further by comparing polling data to election data from the 2016 primaries and the 2012 General Election estimating an additional 5 to 6 million Texans that are ready right now for Texas to be an independent nation.

The TNM is also a popular presenter at international conferences on self-determination and nationalist ideals. We’ve been invited by the French political party, Union Populaire Républicaine (UPR) to participate in a roundtable discussion of Frexit, Brexit, and Texit, the terms being used for France, Britain, and Texas reasserting their status as independent nations. We’ve met with UKIP representative George Konstantinidis and representatives of a Catalonian independence organization in regards to separating Catalonia from Spain. We are a globally recognized voice on the right of self-determination and have been invited to speak all over the world including Scotland, Brazil, France, Russia, and others.

If the TNM was actually small and inconsequential, they would be more than happy to continually shine a light on it to marginalize us. In fact, some reporters do come sniffing around looking for wild-eyed loons who are the political equivalent to the “World’s Largest Ball of Yarn”. What they find shakes their worldview to the point that they are afraid to utter our names or fabricate lies and misinformation. The media’s treatment of the TNM should, at least, give you comfort that you are not alone.

We must rely on you to spread the word. This tradition of bias against our organization and ideals places the burden of responsibility on you, a TNM supporter, to go the extra mile to connect online and in-person with others. If you do not, then the media gets what they want – a Texas that continues to be absorbed into the federal superstate and future generations who will only remember Texas as a name on a map.

Join 426,365 Texans who have registered their support for the TNM.

Join 426,365 Texans who have registered their support for the TNM.