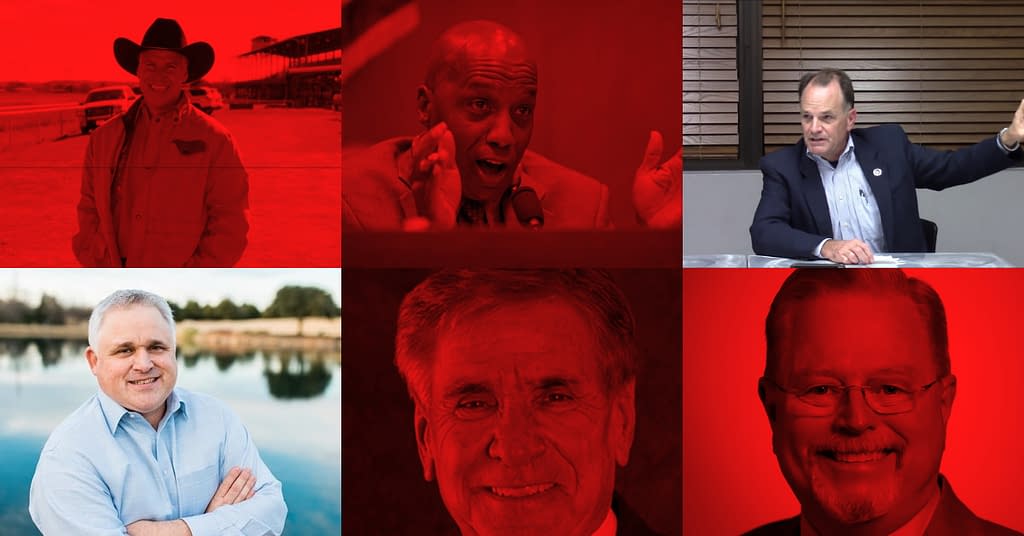 The Texas Nationalist Movement made it clear to the representatives of Texas that HB1359, aka the TEXIT Referendum, was important to Texans. Back in the Spring, supporters of TEXIT blew up the legislators’ phones, urging them to support and sign onto HB1359, which would have allowed Texans to vote on Texas Independence. However, the bill was met with much resistance but gained the support of six Republicans in the House of Representatives. Now, the House Redistricting Committee is working hard to get those representatives out of office.

Right now, the Texas Legislature is working on redistricting for the 2022 election cycle. Although this legislative session is controlled primarily by Republicans, supporters of HB1359 are directly targeted. These redistricting scenarios affect 17 out of the 150 total representatives. Of those 17 House Districts affected, four scenarios directly affect those republicans who signed on to HB1359. Another change to the boundaries practically guarantees a win for one Republican who came out vocally in opposition to HB1359.

Their plan is to get people out of office that supported HB1359 and replace them with people against it. Kyle Biederman of current District 73 is the bill’s author, which was killed in committee this past Spring. District 73 currently covers Kendall, Gillespie, and Comal Counties. Biedermann owns a business and a home in Fredericksburg, which is in Gillespie County. With the new boundaries, this particular district will end up in House District 19, along with Kendall, Blanco, Burnet, and part of Travis County. Burnet County is currently in District 20, which is Terry Wilson’s district, and would force a run-off between the two incumbents for the new District 19.

It is important to note that Wilson came out publicly in opposition to HB1359.

However, don’t expect Biedermann to take that lying down. He owns a home and now resides in New Braunfels, which is in Comal County. The redistricting will put Comal County in the new District 73, along with half of Hays County, which is currently represented by Wilson. On Thursday, he posted a Tweet that suggests that he will be running in that district instead.

It also appears that redistricting would force a competition between Jacey Jetton and Phil Stephenson (who also co-authored HB1359) for the new District 26, which covers a small part of Fort Bend County. However, in a statement to the Texas Tribune, Jetton says that the two are not actually paired in HD26 — Jetton resides in Fort Bend County, while Stephenson resides in Wharton County. Wharton will be included in the new District 85, along with Colorado, Fayette, Austin, Waller, and a smaller part of Fort Bend. Stephenson will, however, have to vie for Austin, Colorado, and Fayette counties against incumbent Ben Leman of District 13, and also Waller County, which is currently represented by Cecil Bell in HD3.

State Rep. Jeff Cason of HD92 also signed on to HB1359 earlier this year. His district is being redrawn and will now be a deep shade of blue, making a win in that district highly unlikely.

Although HD19 is currently represented by James White, his county of Tyler will now be in District 57, which is represented by Trent Ashby. However, White says he will not be seeking re-election in his district because he will be running for Agriculture Commissioner. White was a joint author of HB1359, along with Kyle Biedermann.

The other two who signed onto the bill were Bryan Slaton of HD2 and Steve Toth of HD15. The new boundaries do not affect their districts.

If the Legislature fails to pass a plan, the authority then falls to a five-member backup commission, comprising the Lieutenant Governor Dan Patrick, Speaker of the state House Dade Phelan, state Attorney General Ken Paxton, Comptroller of Public Accounts Glenn Hegar, and Commissioner of the General Land Office George P. Bush. Considering that none of these elected representatives support TEXIT, it could be worse if they are given the opportunity to redraw the map.

The TNM will not sit idly by and watch our true TEXIT representatives fall. Tom Belmore, Director of the Take Texas Back campaign, is dedicated to promoting and supporting representatives who have declared their support of Texas Independence. Not only will they fervently support Biederman, Stephenson, Cason, White, Slaton, and Toth, but they are recruiting viable candidates to run against every incumbent in every district where a TEXIT oppositionist sits.

TNM President Daniel Miller had this to stay. “They attack four of ours, we attack all of theirs. We fully intend to post viable challengers to every single legislator who did not stand up for House Bill 1359 and the people of Texas. I challenge every TEXIT supporter to answer our call to serve and help us take Texas back.”

If you would like more information on how to help promote the efforts of the TTB by running for public office, visit the TNM website at tnm.me/runforoffice.