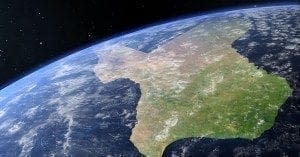 Recently, the fairly Austintatious periodical Texas Monthly did a piece on Texas Independence, and of all the left-of-center press that’s ever covered the topic in my memory, I must say that Texas Monthly almost seemed giddy about the prospect of, if not a Republic of Texas, then at least the open discussion of it.

Why do I say this? Because for the first time that I can remember in which any big Texas rag addressed the issue, the Monthly cited the fact that independence may actually be legal, or at least not illegal. In contrast to dozens of articles over the years from the Houston Chronicle and Austin American-Statesmen, wherein the mere idea of independence is met with open jeers and ridicule, this article was nothing less than a breath of fresh air.

The article was a contrast and comparison of the Catalan secession to that of a possible Texas secession, asking the question, “Can Catalan serve as a model for Texas independence?” Though the academic they interviewed for the piece was a little dismissive of Texas nationalism as largely symbolic (though legal), they also featured an interview with Texas Nationalist Movement President Daniel that was fair and respectful! How often does that happen in the popular press?

My sense is that we’re making real progress with centrists who are becoming disillusioned with the efficacy of Washington, D.C. Whether you are on the right or on the left… whether you love Trump or hate him… if you’re honest, you have to admit that our elected representatives have accomplished nothing they promised this year, nor for a very long time. Whatever twisted abhorrence they end up passing bears very little resemblance to what they swore to do, but you can be sure it’ll be slapped with some  friendly-sounding name to mask its awfulness. With each action, the never once come close to dealing with any of the existential crises the U.S. faces. Even if you are a die-hard Trumpster, it should be clear by now that the notion of one man fixing anything in D.C. is laughable. Sure we’ll get some executive actions and limited rollbacks of regulations, but herding cats would be easier than persuading the few hundred soulless creatures in Congress to reign government back to constitutional limits.

Let’s take stock of where we are now, versus this time last year.

Where’s the wall? Has amnesty been put on hold? Where’s the repeal of Obamacare? Is the Iran deal still in place? Are we out of the Paris Climate Accord? Have taxpayer-funded abortions stopped? Has the military stopped persecuting chaplains who practice their religious faith, or even stopped paying for transgender surgeries on troops? Has the NSA stopped recording our phone calls, emails, and monitoring our correspondence? Has the TSA stopped groping our daughters? Has federal spending been rolled back, even slightly? Have the foreign wars stopped, or are we on the precipice of new ones? Is Hillary in jail? Is Bergdahl in jail? Is Manning in jail? Is Lois Lerner in jail? Is Comey in jail?

If we define efficacy as actually accomplishing stated goals rather than “We sure love how he gives ’em hell!” then, I ask you… how effective has Donald Trump been so far? And beyond that, how many election cycles do we have to go through, with all the hand-wringing followed by stratospheric hopes and dreams only to realize later that nothing is much different?

And do we all want to keep going on, putting all our hopes in one man to single-handedly dismantle the enormous bureaucracy?  Or…would it not be better to put our faith in ourselves to make a difference in a smaller, more decentralized government here at home…in our own country? Do you think if you could make your voice heard in Flower Mound, or Midland, or Corpus? If you didn’t like how things were done, do you think you could make your voice heard or actually speak to your representative about your concerns for a few minutes? I know you could. I’ve done it. Having involved myself in local and state politics in the past, I will say unequivocally that you can totally make a difference here in Texas… at home, or down in Austin.

Try to do the same in Washington.