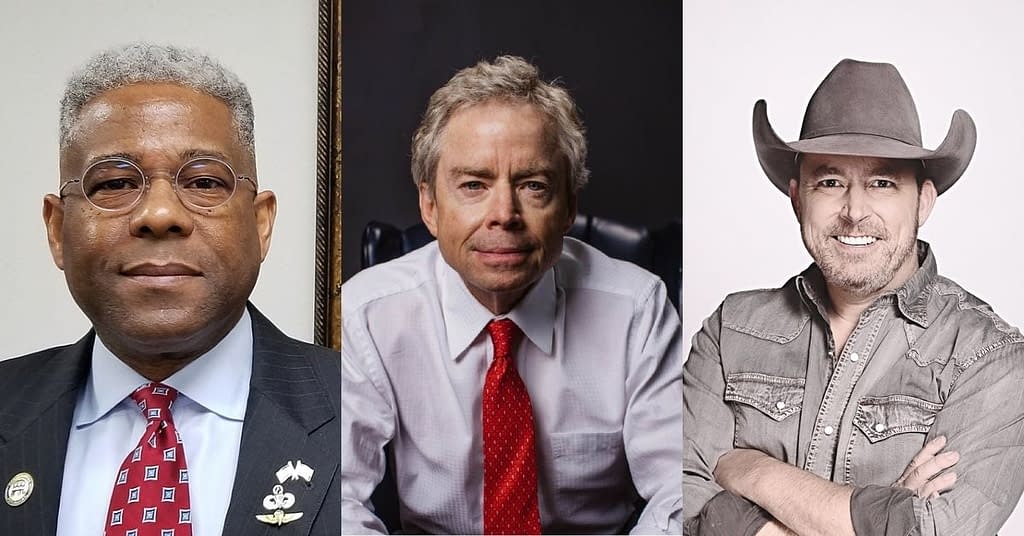 Although Governor Abbott has often used the global economic power of Texas as an applause line in his speeches, he has worked behind the scenes to prevent a TEXIT referendum. His continued silence and his opposition to the issue shows that he is not in favor of letting the people’s voices be heard on the matter. Repeated correspondence with him and his staff from thousands of TEXIT supporters over the past few years has gone unanswered. But now he may be forced to take a public stance on TEXIT thanks to his 2022 election challengers.

With so many TEXIT supporters in the state, and the pressure put on by the Texas Nationalist movement, his silence could be the end of his gubernatorial reign. And there is no doubt that his office is already being challenged by qualified candidates. So far, these candidates include Chad Prather, Don Huffines, and Allen West.

Chad Prather is a conservative online comedian and commentator who decided to run for governor because “enough is enough.” Although Prather was born in New Jersey, he states repeatedly in his YouTube podcast “Unapologetically Southern” that he is proud to be a Texan. However, he believes the Texas most people believe in no longer exists, and he says that trend must change by putting Texas First. Although Prather did not state whether he was for or against leaving the union, he did state that the people have a right to vote on the issue of independence. He states, “We do deserve the right to determine our own future. It is up to you, the people, to determine that legislation.”

Don Huffines is a native Texan and Texas businessman who has been in political office in Texas for years. Don Huffines said in a recent grassroots meeting, “I am for that legislation in Texas. I would sign that and promote it. Texans deserve a right to vote.” According to his campaign website, he believes those in political office in Austin and D.C. have failed Texans repeatedly, and Texans deserve leaders who will deliver results instead of excuses and lies.

Allen West has served in elected office in Florida and Texas. He is a Conservative who just recently resigned from his position as Texas State GOP Chair. Although born in Georgia, he equates himself to the southerners from Georgia and Tennessee who came to Texas to fight in the Texas Revolution. When it comes to the issue of the TEXIT referendum, he states, “I don’t understand why anyone would feel the need to prevent the people from having a voice in something that is part of the Texas Constitution….You cannot prevent the people from having a voice.”

The Texas Nationalist Movement has over 412,000 registered supporters. They have made it a priority to ensure the voices of Texans are heard on the matter of Independence. They also have a strategy to support candidates who support this legislation and replace those who do not. Abbott’s silence on the matter practically guarantees that his days in office are numbered.

Texas needs leaders who will listen to the people. According to the Texas Constitution, the power belongs to the people, not the bureaucrats in the state and federal governments. The TNM has made it clear that they will only support those who understand this concept and are willing to follow through with the will of the people.

The first step is to get the legislation to the people for a vote. Find out more about this process and how you can get involved at tnm.me/petition. Contact Abbott, Prather, Huffines, and West below. Tell them you will only support those who support the TEXIT legislation and are willing to follow through based on the results of the vote.