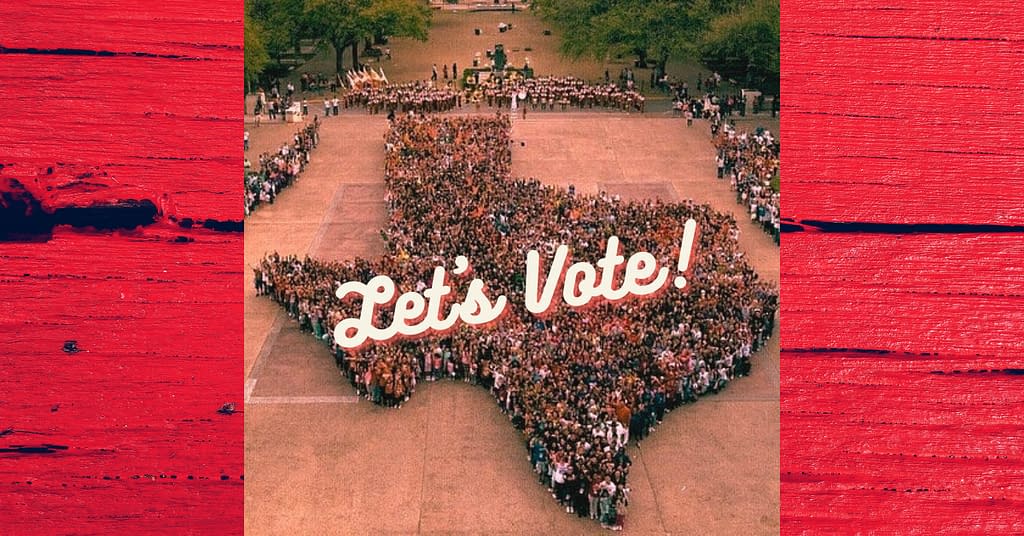 The Texas Nationalist Movement has officially sent a letter to the Republican Party of Texas who will receive the petition being circulated under Texas Election Code 172.088. This petition under Texas law would require the party to place a referendum on the party’s 2022 General Primary ballot that states: “The State of Texas shall reassert its status as an independent nation.” FOR or AGAINST In the letter, the executive committee is being asked to respect the wishes of the voters by passing a resolution to put the question on the primary ballot in advance of the petition deadline at their 2021 4th quarter meeting (their final meeting before the primary election). The letter is as follows:

Chairman Rinaldi and Members of the State Republican Executive Committee,

We are calling on you today to take an action that our elected officials often lack the courage to do, which is to respect the wishes of Texas voters and in particular voters committed to voting in the Republican Party primary. Over 700 volunteers from our organization have completed training to properly collect signatures on a petition in compliance with the Texas Election Code 172.088.  They have been driving all over Texas working events in over 100 Texas cities collecting signatures to place a question on the ballot critical to the future of Texans.

You have the power to honor this request by Texas Republican voters and let their voices be heard by simply placing this question on the ballot. It’s not a show of support or a denial of support for the sovereignty of Texas. In fact, it will have no legal binding effect. However, it has a powerful effect of honoring the Texas Constitution’s Bill of Rights: Article 1 ,Section 2 that states:

Sec. 2.  INHERENT POLITICAL POWER; REPUBLICAN FORM OF GOVERNMENT.  All political power is inherent in the people, and all free governments are founded on their authority, and instituted for their benefit.  The faith of the people of Texas stands pledged to the preservation of a republican form of government, and, subject to this limitation only, they have at all times the inalienable right to alter, reform or abolish their government in such manner as they may think expedient.

By granting Texans this vote on the ballot you are acknowledging that all political power is truly inherent in the people, in the grassroots and not in the politicians or anyone outside of Texas. Moreso, it grants the people the first step in truly exercising their inalienable right to merely discuss altering or reforming their government, in particular in examining our relationship with a federal government that has shown a long train of abuses and denial of the right of local self-government to Texas.

Governor Abbott with substantially  more resources than our organization only collected 20,000 signatures in the same time period, a number which we have far exceeded. The real concern about this though is that the requirement set by the code for this question to be on the ballot is nearly 80,000 signatures. As such it has never been accomplished before. Even with an outstanding effort by volunteers and strong support from voters this bar is far more (nearly 16x more) than the 5,000 signatures required for a Governor to be on the ballot in lieu of a filing fee.

Supporting this vote is also inline with plank 65 of the 2020 Republican Party of Texas Platform that states:

65. State Sovereignty: Pursuant to Article 1, Section 1, of the Texas Constitution, the federal government has impaired our right of local self-government. Therefore, federally mandated legislation that infringes upon the 10th Amendment rights of Texas should be ignored, opposed, refused, and nullified. Texas retains the right to secede from the United States should a future president and congress change our political system from a constitutional republic to any other system.

It is up to the people of Texas to decide if the U.S. President, Congress or even courts have changed or begun the process to change our political system from a constitutional republic. Certainly mandates, executive orders, and disregard for the fundamental nature and spirit of the U.S. Constitution give enough cause for concern for the people to take the first steps towards a discussion regarding if and under what specific circumstances Texas should reassert its status as an independent nation. By having this vote on the primary ballot, you are facilitating the beginning of that discussion and at the true grassroots level of all Republicans who participate in the primary process, not just those that are convention delegates.

Furthermore, for those hoping to strengthen the base of the party, placing such an important issue before party voters will encourage more Republicans to participate in the primary process which should have a positive effect on support for Republicans in the November elections.

As such, on behalf of the Texas Republican voters that have signed the petition and the supporters of the Texas Nationalist Movement, we respectfully request that you do not wait for the formal petition filing process due by December 13th and instead proactively show leadership for your party and respect for your constituents by placing the following referendum on the 2022 general primary ballot for the Republican Party:

“The State of Texas shall reassert its status as an independent nation.” FOR OR AGAINST

Often a signature on a piece of paper is not enough to truly understand why Texans feel so strongly about the need for this option for Texas and certainly it can not be expressed in a single open letter. To begin to understand the many reasons why Texans from all walks of life support this vote, we encourage you to view testimonials in support of House Bill 1359 that would have placed a similar referendum on the general election ballot just weeks ago. https://tnm.me/hb1359/

Republican supporters of the TNM and this petition are strongly encouraged to copy this letter above and send it to their SREC Representative in their respective Texas Senate Districts. Feel free to utilize email and find them on social media. You can find your SREC representatives’ name and contact information here: https://texasgop.org/leadership-directory/state-republican-executive-committee/

Additionally Texas voters should continue signing and encouraging others to sign via the newly released online version of this petition that maintains compliance with the Texas Election Code.