Many Texans have been paying into Social Security for almost their entire lives. Some are nearing the point where they can finally start receiving the benefits, while others rely on them to survive. So the question of Social Security after Texas independence is one the TNM gets regularly. It is understandably important to many Texans for many reasons. Here’s what you need to know.

The short answer is that if you are eligible to receive benefits, you can still receive them even if you no longer live in the United States. That is current federal government policy and is not likely to change.

However, it’s necessary to understand how the Social Security system works (and frankly, doesn’t) before getting into the detailed answer of this often asked question. Social Security is paid out under the government’s discretion, meaning payments and the amount thereof is controlled by the amount the US is willing to give. For it to work, it requires a steadily increasing amount of workers to pay into the fund so that the money can be paid out to those who have been promised it. Yet, like many things run by the federal government, it will not always run smoothly or efficiently.

In fact, a recent survey done by the Pew Research Center (PRC) in 2015 found that 41% of Americans think there will be no Social Security benefits for them when they retire. It also found that another third of Americans believe that they will receive a significantly reduced level of benefits.

An article from CNBC about the PRC’s findings claimed that The Social Security and Medicare Trustees report from 2014 projects that Social Security Trust Funds will be entirely depleted by as soon as 2033. Once the funds have been depleted, the agency will only be able to pay out 77% of retirement benefits from the payroll taxes they receive. It went on to say that by 2088, that percentage drops to 72%. To make matters worse, an independent study conducted by Harvard and Dartmouth found that the trust funds could even be depleted sooner than that. The alarming truth is that the Social Security Administration has overstated the financial health of the program’s trust funds since 2000.

These are frightening numbers for people who are ready to retire within the next decade. How much longer can the current federally run Social Security system be able to payout those who have earned it? More importantly, will it even be around when the time comes that those who are currently paying into it need it?

After a successful Texit referendum, Texas will have to fight for Texans’ rights to their earned Social Security benefits. It is a non-negotiable point and must be ensured to all Texans in their newly independent nation. Any Texan who has paid into the Social Security system or are already receiving benefits must continue receiving them. This is already guaranteed under current federal law and policy. It is currently possible for Social Security recipients to reside in a foreign country while continuing to receive their benefits.

To lessen the impact of the immediate change on both the US and Texas’ working class, workers must be given the option to continue paying into the old system or opt-out completely for a privatized retirement plan. Eventually, Texans might decide to institute our own system of Social Security and correct the problems of the federal system.

However, the question still stands for businesses that operate in both the US and Texas. They will not want their workers to be forced to pay dual Social Security Taxes to both countries. The great news is that there is a solution for this that has been in place for decades – totalization agreements. The US has executed these agreements with countries like Canada, Austria, Italy, and many other self-governing independent nations.

This would make it so that the retirement benefits paid out by Texas and the US would be ‘divided’ up based on the number of years worked in each country. If a worker worked for 5 years in the US and 5 years in Texas, they would be recognized by both countries as having worked a total of 10 years. Therefore, the US would pay half of the benefits while Texas would pay the other half. This is all under the presumption that the US would negotiate a fair deal under good faith with an independent Texas. However, even if they fail to do so, Texas will still be able to pay out to its beneficiaries with all of the money that we won’t be overpaying to be in the union.

Texans put as much as $120-$160 billion dollars annually into the current Social Security system while only receiving $74 billion in paid benefits each year. Without the US, all this money will go right into Texas. No matter how negotiations over the Social Security system go, Texas will always be able to manage.

In short, the biggest threat to social security retirement benefits comes from staying in the union as the federal government drives the program into the ground while enacting policies that are nothing more than a federally-mandated pyramid scheme.

The answer to this an most other questions about TEXIT can be found in the book TEXIT: Why And How Texas Will Leave The Union available at the link below. 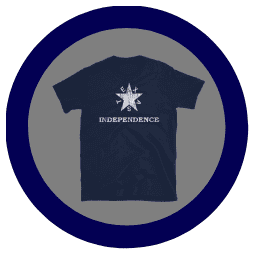