What are the United States? Seems a silly question. If you put this question to a random stranger, you might get answers like, “The U.S. is a country,” or “The U.S. is a nation,” or “Please don’t talk to me!” On the topic of states, most will say that they are merely subdivisions of the U.S., much in the same way counties are subdivisions of states. Yet, if you were paying attention, you might have noticed that my original question was, “What are the United States,” rather than, “What is the United States.” As you will see in the following, the use of “are,” was deliberate and the more accurate of the two.

At the founding of America, there was merely thirteen colonies. After our successful secession from Great Britain, these colonies became independent states with full sovereignty to govern themselves. That word state hearkens back to antiquity, to the city-states of old, such as Athens or Sparta. Simply put, the word state is synonymous with country, therefore the thirteen colonies became thirteen countries. Because of this, we are the United States and not the United State.

The U part of U.S.A., the union, was created by the states, to which they delegated some of their sovereignty. It made a lot of sense for these tiny nations to cooperate as a union. In working together, the states would find trade simpler and they’d also be better able to protect themselves from foreign threats. Otherwise they might get swallowed up by the French, Spanish, indigenous tribes, or even the British again.

However, today we’ve let this truth become cloaked under age and indifference. The lines of sovereignty and identity have become so blurred that we’ve not only forgotten the independence of our fore-bears, but we’ve also forgotten that we, the states, created the federal government and not the other way around. This mistaken premise has led to a loss of state identity and acceptance of an overreaching federal government instead of insistence that it keep to the original limited agreement, set down over 200 years ago.

With the knowledge that the states are entitled to so much more say in our own governance than Washington would have you realize, I ask one simple question, “Is it better for the people to remain in a union that has slight regard for state sovereignty, or would it be better to break our partnership (like any welshed agreement) and reclaim our sovereignty as an independent states?”

If we choose to remain in the union, we must do so with eyes open to the fact that further infringement of our constitutional rights, unjust federal laws, confiscatory taxation, and onerous regulation, such as generations of reformers have been unable to remedy, are all likely to continue. Certainly, some, knowing all this, would still say yes, choosing continued progressive erosion of sovereignty rather than face their fear of the unfamiliar road of independence. After all, stepping off a sinking ship onto a lifeboat can be scary, and some might prefer to stay behind with their remaining creature comforts, hoping that things aren’t as bad as they seem or that someone will invent a way of bailing water faster than you’re taking it on.

Rather than leave you on such a grim note, remember, there is another option, and that option has greater potential not only for survival, but also for a new era of freedom and prosperity. Not every state’s risk/reward analysis is the same, but for Texas, if we leave the Union and become an independent state once more, we could at least count on the following: we will regain the ability to establish and enforce our own laws, taxes would be levied for the use of Texas alone, and we would have the only say in the creation of our hopefully less-invasive regulations. Undeniably, we would regain our ability to truly govern ourselves. Then, we’d have the ability to step forward and invest in our own future, making decisions based on what’s best for us and not New Hampshire.

Nothing’s guaranteed, but ask yourself, “Who do you trust more to run your life, you or someone else?” What do you prefer, local governance or rule by those that have little idea of whom you are and what you value? You could still make mistakes, but at least they’d be your mistakes and not those of a detached federal politician who doesn’t have to suffer under the rules he makes for others. 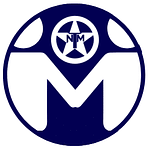