A Sad Loss for Texas Independence 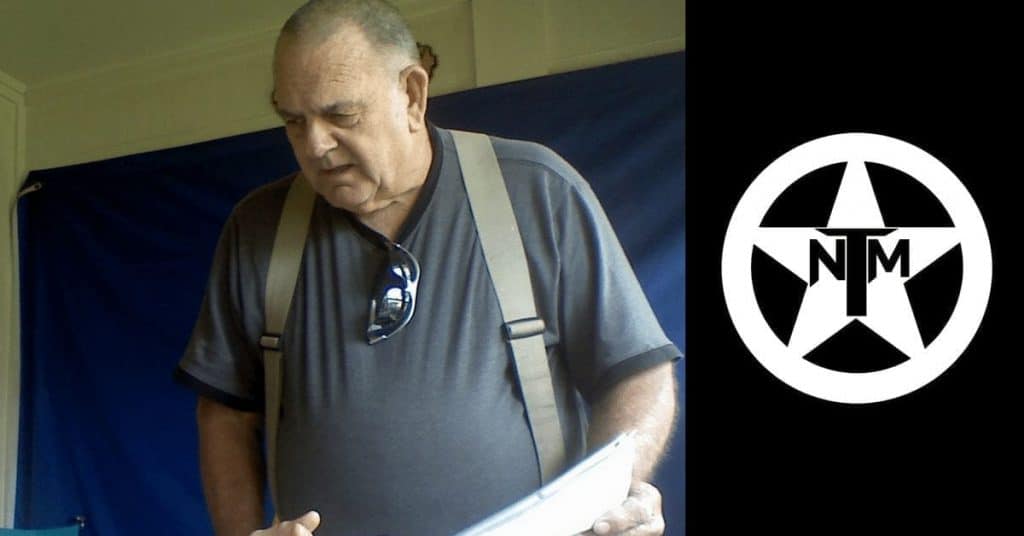 The day before Thanksgiving I received an email the likes of which I never want to see. I must confess, it has made me profoundly sad. My friend and one of the most staunch supporters of Texas independence, Charlie Doreck, is gone.

That name might not ring a bell for newer supporters of the TNM, but it is a name that you should never forget. If you are a member or supporter, you are here because of him. Of course, he never would admit that the role he played was any larger than that of an ardent supporter. However, his unwavering support was a critical part of the founding of the TNM and will always be a part of who we are.

For those who are of the newer persuasion, I think it’s important to give you some background on the man my family affectionately referred to as “Mr. Charlie”. Charlie was born on the centennial of the fall of the Alamo in the small town of Choate. I used to joke with him that date made it convenient to remember my annual birthday phone call. He would reply that he had absolutely nothing to do with it.

What I realize, after spending the weekend reflecting on our relationship, is that Charlie never talked too much about the time between his birth and when we first met in 1996. He talked about it, but it was never the focal point of conversations. Instead, he was focused on the future. While most at his age love to reminisce about the past, he kept his eyes on firmly fixed on making Texas independence a reality.

Charlie was part of a small and special group of people I like to refer to as the Class of ‘96. In 1996, Texas experienced what was, until now, the largest surge of pro-independence sentiment since the founding of the Republic in 1836. Hundreds of thousands of people joined the cause and sincerely felt that an independent Republic of Texas was right around the corner. Charlie was, what we would call today, an early adopter. By the time I joined the cause in August of that year, with just a few months head start, Charlie was a veteran. He had endured some of the early infighting and inefficiencies that plagued the movement, but he was a rock.

By the end of 1996, that movement was imploding and by the middle of 1997 it was virtually dead. As often happens in this day and age, when faced with extreme adversity more people emulate Moses Rose than William Travis. Over the subsequent years, supporters who were unable to deal with the persecution and vilification that came with publicly supporting Texas independence abandoned the oaths that they took, slipped on their civilian garb, and kept their opinions on Texas independence to themselves. Charlie was not one of those.

Keeping the flame alive in those years was no easy task. There was no video conferencing, no social media, and the internet was not what it is today. Every three weeks we would travel to a different city in Texas just to sit around a table and meet. As people fell away, it became us and perhaps 6 or 7 spectators. We maintained the pretense of a movement even though it was little more than the true believers who remained. Charlie was one of the truest of believers.

In that time, Charlie served in every possible position that one could imagine. He did everything that was asked of him and then volunteered more. He was the Treasurer when our entire treasury could literally fit in a coin purse. He volunteered the use of his property in Cuero to use as our headquarters when we couldn’t even muster a portable building to put there. Even though he had no experience with computers and was admittedly a technophobe, when we first made the transition to electronic records, he drove from Cuero to Longview to help key in paper records. If he thought that he could help in some way, he was there.

In 2004, as we began to talk about reforming the movement to more closely align with our true mission, vision, and values, Charlie was on board. His spirit of volunteerism and never-say-die attitude infused the culture of the Texas Nationalist Movement at its birth in 2005. In fact, one of the few pictures of Charlie that I have shows almost the exact moment that the TNM was born. It is a picture of him holding the document that would, a few hours later, become the 15 points of the TNM mission.

As his age advanced and his health declined, Charlie never stopped believing in Texas independence and never stopped believing that he could and should help in any way. He was not able to travel or volunteer in the ways that he had before. But he would always send a donation to help fund the fight and every few months I would get a phone call from him that would always start out the same way.

“Mr. President, how goes the fight for independence?”

Charlie Doreck was more than a fellow traveler on the road to independence for me. He was my friend. After my Dad passed in 1998, he became a surrogate from that same generation that I could talk with and get insights and tap into the well of Texan wisdom from a bygone era. Much like he was for the movement, he was there for me at some of the lowest points of my life as a rock and touchstone. His presence would always remind me to keep my eyes locked on the prize.

Charlie will always be an inspiration to me. He never quit. He never complained. He never gave up. Until the day of his passing, he upheld his oath to support, protect, defend, and bear true faith and allegiance to the Republic. He did all that was ever asked of him and more. He saw a need and did everything he could to fill it. He was unafraid to learn something new if it was in service to the cause. He was a compatriot and a friend.

I am sad for his passing. I am even more so for those of you who will never know him as I knew him. Say a prayer for his family, both his immediate family and his extended family in the TNM. If you want to honor him, then help achieve his dream of an independent Texas. Take his place on the front lines of this fight. Never stop working and never stop believing.

A Sad Loss for Texas Independence