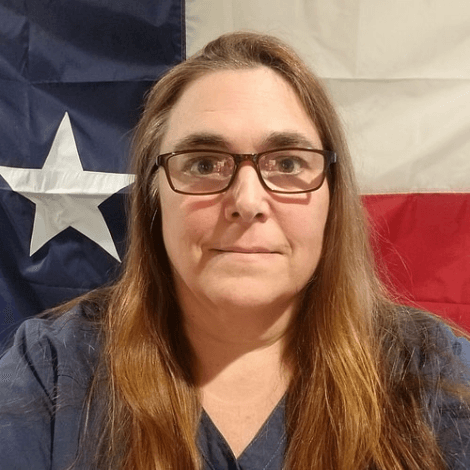 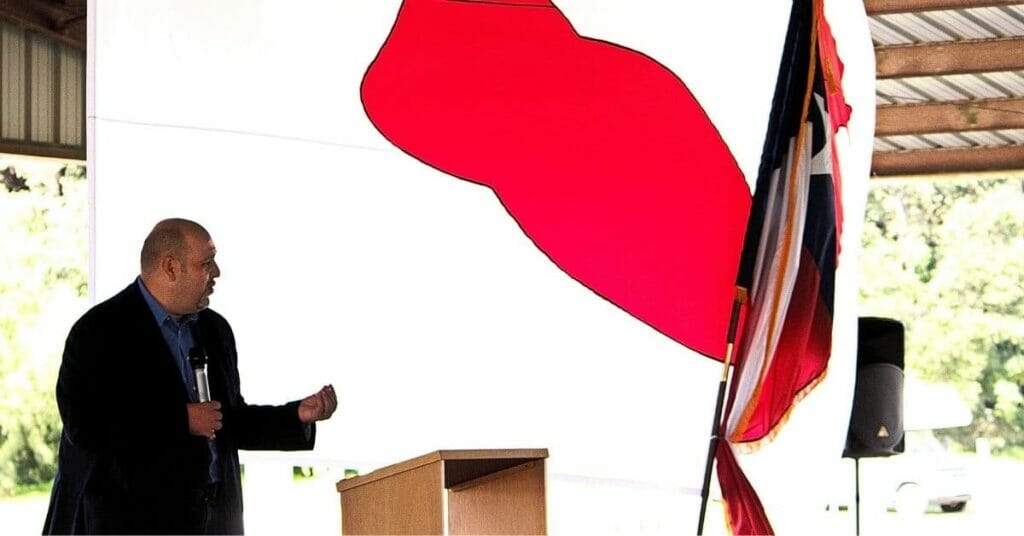 What drives the man behind the Texas Nationalist Movement? While Daniel Miller has been educating and advocating for Texas Independence for over 25 years, he was once involved in conventional politics. When asked the question, “What was the straw that broke the camel’s back where you said this thing is just not salvageable?”

While he rarely gets asked that question, the excitement in his voice is hard to ignore. In Episode 1967 of the Tom Woods show, President Daniel Miller speaks candidly about his transition from American Patriot to Texas Nationalist, along with his reasons for starting the Texas Nationalist Movement. “It’s a story I don’t tell very often when I speak, but on occasion, when I start riffing a bit, I talk about it.”

Miller explains that he was raised in a politically active blue-collar family, and some of his earliest memories were about putting up campaign signs with his parents. Naturally, he grew up to do what he saw. He laughs about running for mayor of his small town when he was 18 because being politically active was the natural thing to do. While he admits that he would have probably been a terrible mayor, it was, in retrospect, what eventually led him to question the corruption of the federal government.

An advertisement in the newspaper about a meeting caught his interest: the eagle, the flag, and the Constitution. The brothers who ran the meeting gave him a copy of the U.S. Constitution along with the  Communist Manifesto and challenged him to compare the documents against the reality of what was actually happening in Washington, DC. Miller tells Tom, “I laughed all the time because I’m so young, and being a cold war kid, I was afraid to be in possession of a copy of the Communist Manifesto, so I hid it under the seat of my car like a drug mule on the way home. But, you know, I took the challenge.”

Although he had been raised to believe the cold war was about the West defeating communism, what he found was that those same Marxist principles were being silently and methodically woven into the American government.

So he started fighting the federal system. First, it was the Second Amendment right to bear arms, then the First Amendment freedom of speech, followed by the Fourth Amendment illegal search and seizure. What he discovered was that for every fire put out, the federal government was lighting 30 more. He remembers, “It became extremely frustrating because at that moment you know that all of these things that are happening are really originating in the Washington District of Criminals. And so it’s flowing down, and it’s affecting each of our lives on an individual basis…but you can’t seem to fight against it.”

When he was introduced to the concept of Texas becoming a self-governing, independent nation, he began to analyze and contemplate the possibilities. He soon realized, “If the sewage is flowing from Washington DC, then if you cut it off at the borders and we begin to focus on self-government here, well, now we’ve removed one layer of government we don’t need.” He recalls that it was in August 1996 that he crossed the proverbial  ‘line in the sand’ and has been working for Texas independence ever since.

He believes that having a local government that is close to home, without the interference of federal bureaucrats, is the only answer. He realized he had to do something to get the people aware of the possibilities and benefits of separating from the union. One of the biggest obstacles he has encountered are those who say it can’t be done and that the federal government won’t let us go.

What are they going to do to keep Texas from leaving? Lock all Texans up for voting wrong? Arrest the Governor? Bomb all the Walmarts in Texas? Although with the current administration, this could be considered a genuine concern, they are nothing but fear tactics and ‘garbage’ excuses to do nothing.

The American government has a long history of sending its citizens- our grandfathers, fathers, and mothers, sons, daughters-  “to fight, shed blood, and potentially die for the right of self-determination for other people.” If they tried to punish their own citizens for doing the same thing, that would be hypocrisy in its purest form and would send the last 75 years of foreign policy out the window.

Miller says, “The fact of the matter is that all of these objections, these “Project Fear” planks, are really and truly not rooted in the reality of the situation. When you look at the reality of the situation, if we follow a very set legal, lawful process, and execute on that process then there’s not a lot that they can do other than act like a bunch of petulant children like Brussels did after the Brexit vote.”

Even though Sam Houston advocated for Texas to join the union, he realized this might need to be re-evaluated at some point and time in the future. Every Texas Constitution — even the post-Civil War Constitution — has provided wording that protects the state’s right to independence. The Texas Constitution, which was accepted by the federal government upon joining the union, states, “All political power is inherent in the people, all free governments are founded on their authority, and instituted for their benefit and the people of Texas have at all times the inalienable right to alter, reform or abolish their government in such a manner as they may think expedient.”

Separation is a legal process. Texas came into the Union with a referendum, and it can certainly leave the same way. The important thing to note is that Texas has a unique process for getting a referendum to the ballot to let the people vote. The TNM has been structured from the beginning as a ‘boots-on-the-ground’ organization. It takes the hard work and passion of many people to make this happen.

Nobody has more passion and faith in the ability of Texas to be a thriving, independent, self-governing nation than Daniel Miller. Miller knows this is a process that takes hard work and passion, and he is all in! It is because of this passion and work ethic that he has put his name on the ballot to be the next Lieutenant Governor of Texas.

It is a rare occasion that we get to see the more personal side of his decision to dedicate his life “to secure and protect the political, cultural and economic independence of the nation of Texas and to restore and protect a constitutional Republic and the inherent rights of the people of Texas.”

To learn more about the TNM and TEXIT, please visit tnm.me/about, or tnm.me/TEXIT.

To support the TNM and its mission, register your support, become a member, or donate to the cause.

You can learn more about Daniel Miller at danielomiller.com.