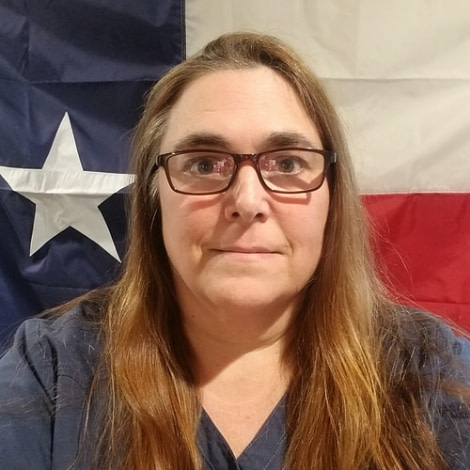 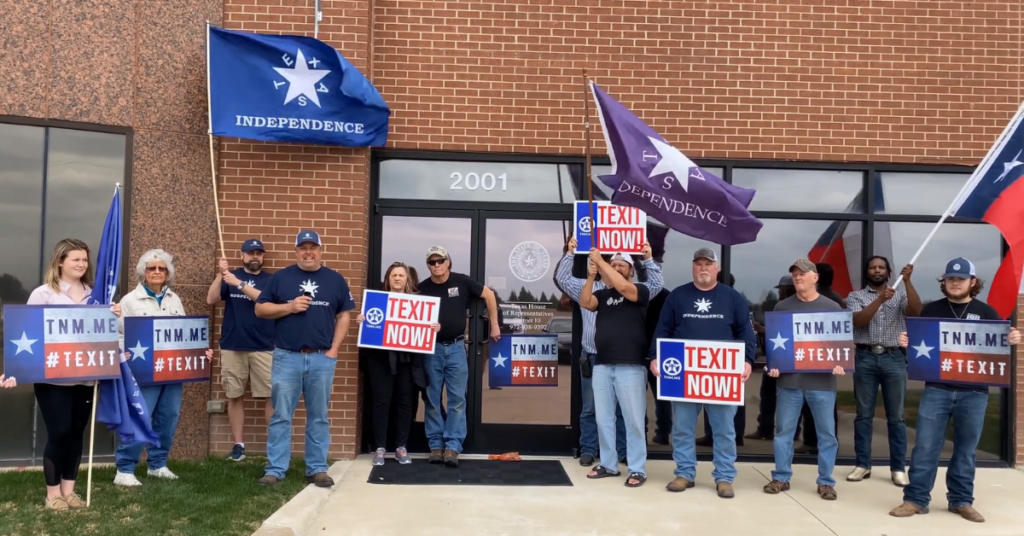 If there was ever a prime example of what a District Director should look like, it would have to be Paul Robie of Senate District 22. In a district that has over 800,000 people, this could be a very time-consuming responsibility. However, with great leadership and dedication, he has successfully engaged and educated the people in his district.

District 22 covers nine full counties (Bosque, Ellis, Falls, Hill, Hood, Johnson, McLennan, Navarro, and Somervell), a small part of Tarrant county. It includes five major Texas cities (Waco, Arlington, Waxahachie, Cleburne, and Burleson). It is apparent that he has a huge responsibility to represent the Texas Nationalist Movement in its efforts to gain independence for Texas.

Although he has watched the TNM from afar since 2015, he said he was undecided about the organization. After great scrutiny and research, he read Daniel Miller’s book, TEXIT: Why and How Texas Will Leave the Union, and decided the TNM was worthy of his support in late 2019. He then began to consider the future of his children and future grandchildren and decided to “go all in” and become a volunteer. He did not start small — he says, “I put both feet into the deep end and applied to be the District Director in early 2021.”

Although the district had some TNM supporters, there was no representation of leadership in the area.

He went to work immediately after getting appointed to the position. He said getting started wasn’t easy, but a post about Ryan McCubbin’s flag wave in Tyler encouraged him to do his own and start sharing information with people. He got the contact list for supporters in his district and started sending emails asking for volunteers in the local area. He immediately started looking for LC’s.

Since then, Paul has successfully recruited Local Coordinators (LC) for eight of the nine full counties in the district.  The only full county in District 22 that still needs an LC is Somervell – and he has been working hard to find the right person to fill this vacancy. He says the trick is finding people willing to put forth the time, and who believe 100% that TEXIT is the only solution. “You can’t have one foot on each side of the fence. They have to be all in!” says Robie. He has also succeeded in adding six Deputy Local Coordinators of Activities (DLCA) — a position that was just created in June of this year.

When asked why Robie has been so successful in recruiting people, LC Paige Stewart of Hood County says his passion for the cause is inspiring, and he is able to speak to people effectively. He has a way of getting people to understand that TEXIT is not an extremist notion, but a logical and necessary solution to the problems Texans face. She says people want to work for him because he is always there for the volunteers, encouraging them to remember that it is not easy work, but necessary. She describes him as “an amazing person who stands up for what he believes in,” and one who is always willing to help out when someone needs help.

Although the number of TNM supporters in the district has grown, he says the important number is the number of volunteers — those willing to do whatever it takes to spread the word about the importance of TEXIT. He and his team are always adding new volunteers to the movement — recruiting 12 more in Waco in just one weekend! He says he has a phenomenal crew who are willing to go the extra mile to get things done.

Robie contributes his success to his background in management and being a volunteer numerous times in the past. He knows the best way to get people to want to do the work is to make them feel important and appreciated. He has trust in his staff, and doesn’t micro-manage, but is always there to listen to their concerns and try his best to meet their needs. He says the most important thing to remember is that when you need help, just say, “Hey, I really need your help.”

According to LC of McLennan County Mary Ann Cody, “His faith is his strongest trait. He Inspires us with his level of commitment to the TNM and his faith in believing that this is God’s will.” She says Robie works harder than he expects of anyone else, which is a great leadership quality. He believes in teamwork and has the ability to gather people to work together. She says, “He puts a fire under all of us to push this movement forward.”

Robie has initiated several strategies to grow his district. He started holding regularly scheduled meetings in nine full counties in April 2021. He says this is important because nobody has to guess when and where the meetings will be held. Just recently, he began handing out flyers at every flag wave and petition-signing event to advertise every meeting in the respective counties. He recalls having people in meetings regularly from three hours away, and even had one person from Amarillo, SIX HOURS AWAY!

Another important strategy put in place was the creation and maintaining of separate social media websites for each county in the district. Robie hopes the strategies put in place, as well as the hard work from his team, will help grow the district enough to split counties, adding more LCs and DLCAs to the mix.

Going the extra mile, Robie is responsible for planning and coordinating the TNM Family Fun Day event on September 25th. Tami Gardner, LC of Hill County, has donated the venue and staff at The Place at Lake Whitney for the day! Robie and his team have been able to secure food donations from the local grocery store, but more donations are needed: food, soft drinks, bottled water, hamburger, and hot dog buns, and tents. He has arranged for there to be live Texas musicians, games, swimming, and more.

He hopes this event will motivate people to “cross the finish line.” He is also trying to arrange for TNM-supported campaign challengers to be there to practice their speeches and get a feel for having an audience. Family Fun Day will be a time for the TNM family to come together and keep the fires going for TEXIT! He hopes to have at least a couple hundred people there, and the venue will accommodate 400. There is water access to the venue, so bring your boats! There are also many RV parks in the area, so bring your families! To sign up to be a part of this opportunity to connect with others in the TNM, RSVP on the Events Page.

Robie was asked about what he would tell people who are considering leadership in the TNM. He says, “I would tell them it is hard work, and you have to be ‘all in’, but it’s worth it to secure the freedom of future generations.”

Mary Ann says James 2:17 fully explains the character of Robie: “In the same way, faith by itself, if it is not accompanied by action, is dead.”(NIV) Robie’s actions show his true faith. Put your faith to work and help secure the future of Texas as an independent nation, click here to become a volunteer. “The harvest truly is great, but the laborers are few.”(Luke 10:2, NKJV)

Join 427,221 Texans who have registered their support for the TNM.

Join 427,221 Texans who support our work to make Texas an independent nation again.

Join 427,221 Texans who support our work to make Texas an independent nation again.