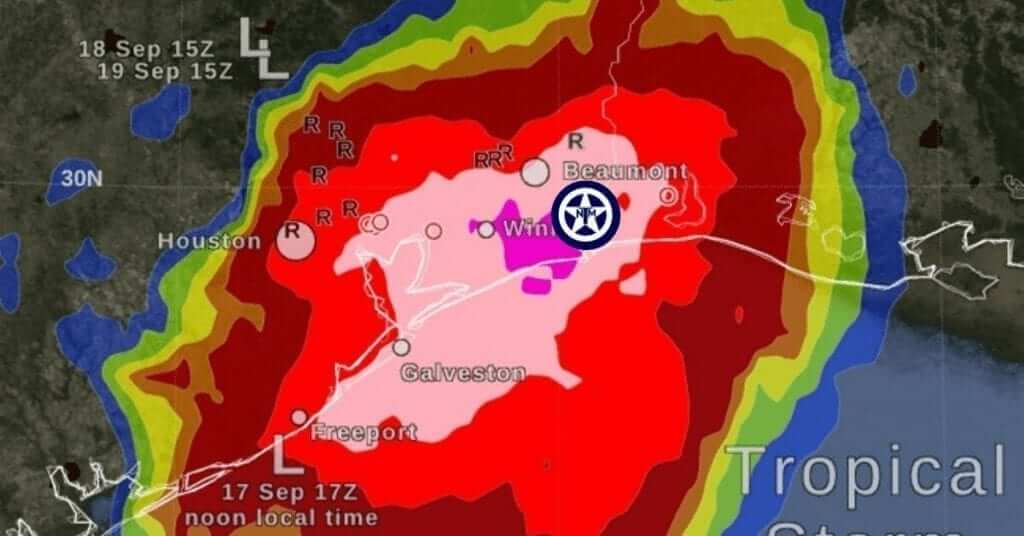 Southeast Texas is currently reeling from the catastrophic Tropical Storm Imelda. With many areas still flooded and damage still being assessed, we wanted you to know how this will affect your interactions with the TNM.

The TNM is headquartered in Nederland which is directly in the area affected by TS Imelda. For those of you who have reached out to check on us, we are truly grateful for your concern. We are safe. However, we are currently surrounded by people who, for the second time in as many years, have lost everything. Our friends, neighbors, and fellow Texans are suffering. But in the midst of that suffering, we are showing the world the resilience of Texans.

Although we made it through largely unscathed, the entire region is a disaster area. While some major roads and highways are now operational, many critical routes are inaccessible and impassable. Being in a disaster area will impact some of our operations over the coming days. Here is what you need to know.

Calls and emails to the TNM will be fine

You can still call and email the main office. There have been no major phone or internet outages where we are. However, you may experience some delays. We sent an email out to every TNM supporter in the affected counties asking for their status and if they needed help. Consequently, we are dealing with a large number of response calls and emails in addition to our normal volume. If we do not immediately get to your email or call, please be patient. We are doing the best we can under the circumstances.

Membership cards will be delayed

It has been widely circulated in the media that the postal distribution center in Houston has suffered catastrophic damage. The Houston distribution center is the largest, not only in Texas, but throughout these United States. Because of this center has been effectively taken out of operation, there will likely be a delay in receiving membership cards for those who have joined since 9/25.

We are prepping membership cards for new members but will be holding them until we receive confirmation that mail is being processed.

Most TNM merchandise orders will not be affected

If you order TNM merchandise from the Texian Store, it will likely not be affected. We utilize third-party fulfillment services for situations just like this. The exception to this will be copies of the TEXIT book ordered from the TNM, window and bumper stickers, and TNM flags. If you order any of these items, we will process the order but will hold it for shipping until we receive confirmation that all postal and shipping routes are clear.

Regularly scheduled September meetups in Jefferson and Orange County have been canceled. October meetups in all of the affected counties will be assessed by the County Coordinators and will be scheduled at their discretion. Watch the event page on the website for updates.

We’re diligently working to connect people who have been affected with those who want to help. The impact of natural disasters outlasts the attention of the news media and politicians. There will be many needs in the coming weeks and months that will go unseen and unspoken by the larger world. We believe that Texans will step up to meet those needs. The TNM will continue to do its part to exemplify our mission by extending care and compassion for our fellow countrymen and we ask you to do the same.