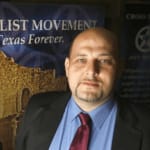 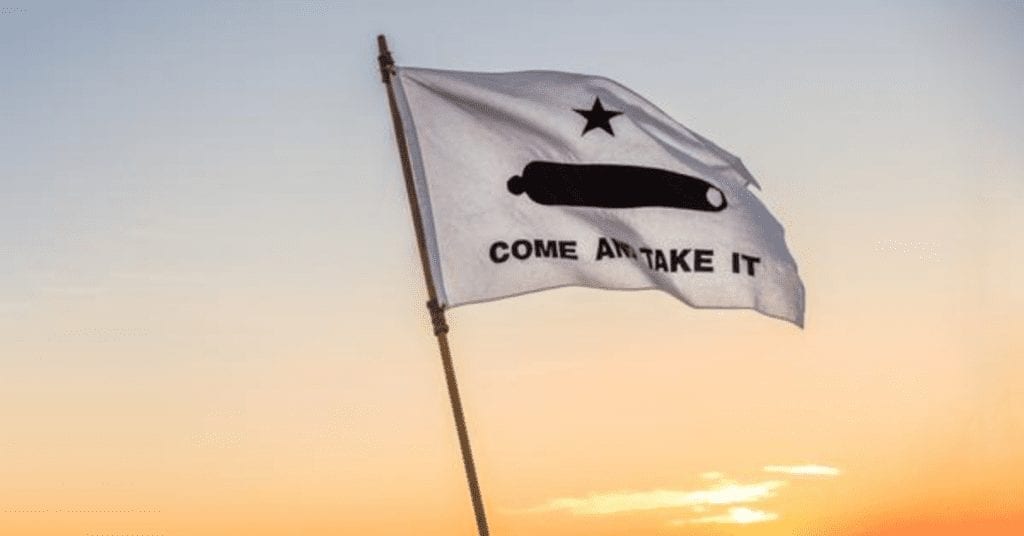 It seems that my article over the weekend calling out Governor Abbott’s new executive orders has ruffled a few feathers. Too bad.

It is no secret that I am extra harsh and overly abrasive about governance in Texas. After all, I want Texas to become a self-governing, independent nation. It is this deepest of desires that compels me to demand good government at home and to excoriate and reject those politicians who act like our government in Texas is just a “minor league” try-out for the professional-level “major league” corruption in Washington.

The truth is that if you support the political, cultural, and economic independence of Texas, the protection of a Constitutional Republic, and inalienable rights, then Greg Abbott is not your friend and has never been your friend.

Little known to most independence-loving Texans, Abbott is one of the primary reasons that you haven’t had a referendum on independence yet. In 2013, I personally met with Lieutenant Governor David Dewhurst and, after a vigorous discussion about Article 1 Sections 1 and 2 of the Texas Constitution, Dewhurst began working on finding a path to a referendum vote.

His first action was to contact Attorney General Greg Abbott to determine the legal framework necessary to make it happen. Abbott refused to even discuss the matter because he was gearing up for a run for Governor and was concerned about how giving Texans a vote on independence would affect his election chances. His refusal was not based on some lofty principle other than increasing his chances at reaching another rung on the political ladder.

In 2015, when the issue of an independence referendum was laid before the State Republican Executive Committee, it received a great deal of media attention. What is less-known is what was happening in the halls of the Austin hotel where the meeting took place and the Governor’s role in, yet again, denying Texans a vote on independence. Abbott was again worried about the optics of a referendum on independence and how it would affect his “agenda”. He sent members of his staff specifically to lobby members of the SREC against it.

This happened again at the State Republican Convention in 2016. Abbott again sent his staff to attempt to block a resolution that would have added a plank to the platform calling for a vote on independence. Abbott’s staff met with committee members to strategize how to block the resolution. Abbott himself made phone calls trying to rally opposition to the TNM’s efforts. While I don’t know for certain, it would be easy to surmise that Chairman Tom Mechler’s ridiculous call that was made on the floor vote against the resolution was a response to Abbott’s orders that an independence referendum be stopped at all costs.

Abbott’s true motives and agenda are evident in what he doesn’t do as well. In the fight over the handling of the Alamo, Abbott has been absolutely silent. He has refused to take a public stance on the issue when he has been under overwhelming public pressure to do so and, as was proven in this last legislative session, has the political muscle to do something about it.

As further proof that Abbott is the physical embodiment of the axiom “there is campaigning and there is governing and they are not the same”, one need only to look at the promise that he made to a dying boy that he would take action on the issue of abortion in Texas. It was a promise that Abbott, without regret or remorse, broke.

In his never-ending quest for higher office, Abbott has exemplified the contempt that the political class has for Texans. Granted, he does it in such a genial way that many are taken in by the con job. When he is called out for it, as I called him out over the weekend, his apologists are quick to leap to his defense, defaming us for just pointing out what is factually accurate.

The final refuge for his most die-hard supporters is that he is “better than a Democrat.” Perhaps he should make that his campaign slogan. However, I’m certain that the ghosts of the men who fought at the Alamo, Gonzales, and San Jacinto would rise from the grave and personally execute final judgement upon the souls of all Texans who rallied around that banner.

Abbott has become a creature of the permanent political class whose primary concerns are raising money, getting elected, and beating the other political party. He represents a viewpoint that says, “Platform and promises be damned, I know what’s best for the people.” Why should he think any differently? It’s a mindset and strategy that keeps getting him elected.

Texans deserve better than to be used for votes and discarded like unwanted trash later. If I’ve left any doubt, I will be cold and dead in my grave before I pretend that this is acceptable for Texas and I absolutely will never apologize for calling it out.

Join 427,226 Texans who have registered their support for the TNM.