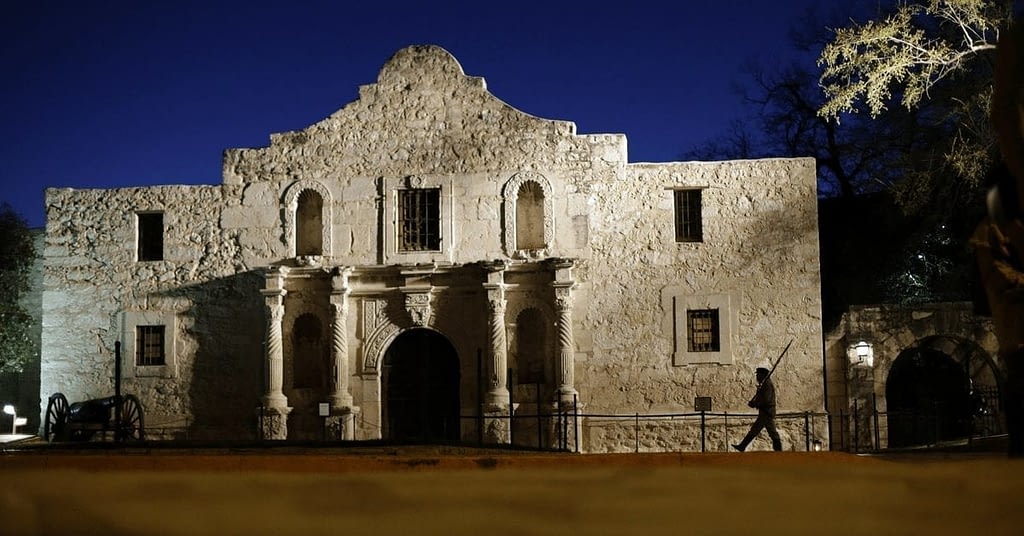 The Alamo. Shrine of Texas Liberty. This unfinished church is known around the world as a symbol of courage, sacrifice, and freedom.

On the 178th anniversary of this pivotal event in world history, the Texas Nationalist Movement would like to express our gratitude to those who sacrificed so much and to those who carry forward the memory of the defenders so that we may once again know freedom.

This account appeared in the San Antonio Light newspaper on Sunday March 6, 1907 as told in the March 6, 1886 edition of that paper.

The fall of the Alamo has but one peer in the brilliant son of its glory. Thermopylae and the Alamo are side by side on the imperishable tables of history; the names of Leonidas and Travis are synonymous for heroism. The modern altar of liberty almost casts its shadow upon the majority of the readers of The Light………It is, therefore, the purpose, not so much to give history as to recall and keep green in memory all the patriots who died to give us one of the fairest lands the sun ever shone on, and the free and liberal government under which we enjoy it. Fifty years, a half century, have passed since that awful sacrifice was made. Few men are now alive who then took part in that almost hopeless struggle against the perfidious and bloody tyrant of Mexico, General Antonio Lopez de Santa Anna, and they are old and decrepit. None of the defenders of the Alamo escaped. The most concise account is that of Francisco Antonio Ruiz, published in the Texas Almanac for 1860. Ruiz was the alcalde of this city. Following is the account given:

“On the 23rd of February, 1836, at 2 p.m., General Santa Anna entered the city of San Antonio with a part of his army. This he effected without any resistances, the forces under the command of Travis, Bowie and Crockett having on the same day, at 8 a.m. learned that the Mexican army was on the banks of the Medina river, and concentrated in the Alamo.

“In the evening they commenced to exchange fire with guns, and from the 23rd of February to the 6th of March (in which the storming was made by Santa Anna), the roar of artillery and volleys of musketry were constantly heard. On the 6th of March at 3 p.m. General Santa Anna at the head of 4000 men, advanced against the Alamo. The infantry, artillery and cavalry had formed about 1000 varas from the walls of said fortress. The Mexican army charged and were twice repulsed by the deadly fire of Travis’ artillery, which resembled a constant thunder. At the third charge the Toluca battalion commenced to scale the walls and suffered severely. Out of 800 men, only 130 were left alive.

“When the Mexican army had succeeded in entering the walls, I with Political Chief (Jefe Politico) Don Ramon Musquiz, and other members of the corporation, accompanied the curate Don Refugio de la Garza, who, by Santa Anna’s orders had assembled during the night, at a temporary fortification erected in Potrero street, with the object of attending the wounded. As soon as the storming commenced, we crossed the bridge on Commerce street with this object in view, and about 100 yards from the same a party of Mexican dragoons fired upon us and compelled us to fall back on the river to the place occupied before. Half an hour had elapsed when Santa Anna sent one of his aides with an order for us to come before him. He directed me to call upon some of the neighbors to come with carts to carry the dead to the cemetery, and also to accompany him, as he was desirous to have Colonels Travis, Bowie and Crockett shown to him.

“On the north battery of the fortress lay the lifeless body of Colonel Travis on the gun carriage shot only in the forehead. Toward the west in a small fort opposite the city we found the body of Colonel Crockett. Colonel Bowie was found dead in his bed in one of the rooms of the south side.

“Santa Anna, after the Mexicans were taken out, ordered wood to be brought to burn the bodies of the Texans. He sent a company of dragoons with me to bring wood and dry branches from the neighboring forests. About 3 o’clock in the afternoon of the next day they commenced laying wood and dry branches upon which a file of dead bodies were placed, more wood was piled on them and another file brought, and in this manner all were arranged in layers. Kindling wood was distributed through the pile and at 8 o’clock it was lighted.

“The dead Mexicans of Santa Anna’s army were taken to the graveyard, but not having sufficient room for them, I ordered some of them to be thrown in the river, which was done on the same day. Santa Anna’s loss estimated at 1600 men. These were the flower of his army.

“The gallantry of the few Texans who defended the Alamo were really wondered at by the Mexican army. Even the generals were astonished at their vigorous resistance, and how dearly the victory had been bought.

The generals who, under Santa Anna, participated in the storming of the Alamo were Juan Amador, Castrillion Ramirez and Asesma Andrade.

“The men burned numbered 182. I was an eye witness, for as Alcalde of San Antonio, I was with some of the neighbors collecting the dead bodies and placing them on the funeral pyre.

“P.S. My father was Don Francisco Ruiz, a member of the Texas convention. He signed the Texas Declaration of Independence upon the second day of March, 1836. F.A.R.”

On February 24, Colonel Travis issued this stirring appeal, which was sent by a trusty messenger through the Mexican lines:

“Commandancy of the Alamo, Bexar, February 24, 1836. To the People of Texas and all the Americans in the World;

“Fellow Citizens and Compatriots: I am besieged by a thousand or more Mexicans under Santa Anna. I have sustained a continual bombardment and cannonade for 24 hours, and I have not yet lost a man. The enemy has demanded the surrender; at discretion, otherwise the garrison is to be put to the sword if the fort is taken. I have answered the summons with cannon shot, and our flag still waves proudly from the wail. I shall never surrender or retreat. Then I call upon you in the name of liberty, patriotism and everything dear to the American character, to come to our aid with dispatch. The enemy is receiving reinforcements daily and will doubtless, in a few days, increase to three or four thousand men. Though this call may be neglected, I am determined to sustain myself as long as possible, and die like a soldier who never forfeits what is due to his own honor and that of his country. Victory or death!

And it was death and victory’ The defenders of the Alamo knew nothing of the signing of the declaration of independence, signed by their compatriots in convention assembled in San Felipe on March 2, eight days after they were besieged and three days before they were massacred. They fought for the Mexican constitution of 1824 and against the usurpation of Santa Anna as dictator, and their flag flying from the top of the Alamo was the red, white and green, with the figures “1824” on a white center. Phoenix like, from their ashes grew the great and glorious southwestern empire of Texas. Its beginning was glorious and heroic. Let its future be grand and noble.

Join 392,297 Texans who have registered their support for the TNM. 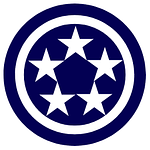 Join 392,297 Texans who have registered their support for the TNM.