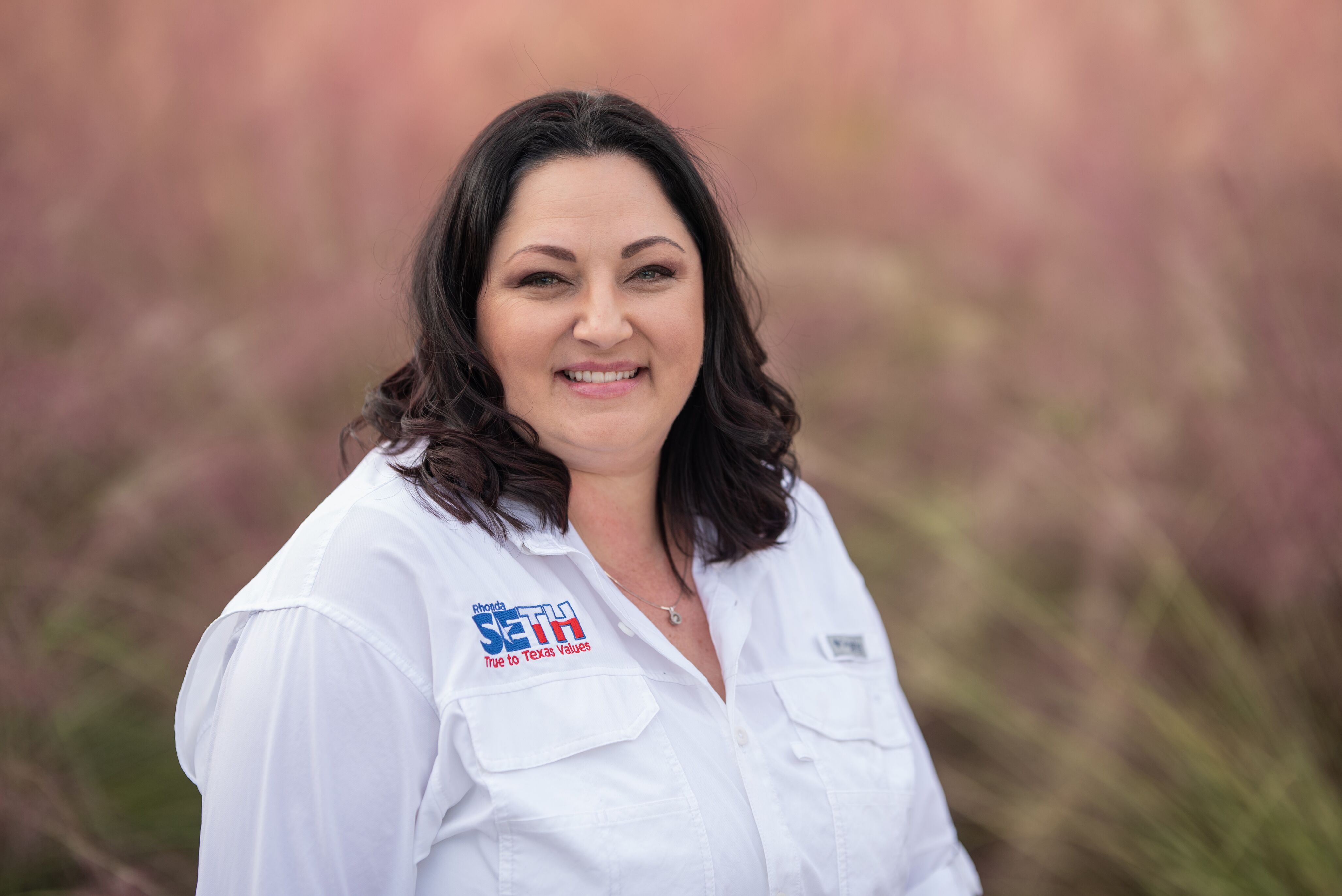 rhondaseth.com
facebook.com
none
About Me

Rhonda, raised in Angleton, Texas, has had strong moral values instilled upon her from a young age. As a child, she was taught integrity lies in the heart of those with strong moral character, a belief she holds near and dear to her heart.

After graduating from Brazosport College, Rhonda ran a small business, teaching Taekwondo to the families of her community. While working full time, Rhonda achieved her goal of completing nursing school. She graduated near the top of her class as an RN and soon found her way into the emergency room. As an ER nurse, Rhonda has witnessed firsthand the issues plaguing both our society and our health care system. Too often, the government's oversight and overreach interfere with both her job and her family.

In 2011, Rhonda married her best friend of twenty years, Thomas, and together they have two sons Jax (6) and Finn (3). The Seth family currently attends Willow Drive Baptist Church and have made Lake Jackson their home.

Rhonda describes herself as a Christian first and an independent conservative second. Her principled approach and born-and-bred Texas values mean she's willing to stand alone to do what's right, including stepping into the political arena to take on the ineffective establishment. She will not allow the establishment to move her from doing what's best for her family, her friends, and her fellow Texans.
“Join me, and together we will downsize government instead of watching Austin downsize our bank accounts with runaway spending and taxation.”
— Rhonda

Originally I was running for office because my representative was Dennis Bonnen and I saw how easily he was killing off our Constitutional rights and how little representation HD25 was getting. We simply cannot allow bad behavior to run unchecked.

As a political beginner, I took on the 3rd most powerful man in Texas...because it was the right thing to do. I know what my values and principles are and I have the backbone to defend them. I also have the backbone to take those values to Austin and represent my district and my state.