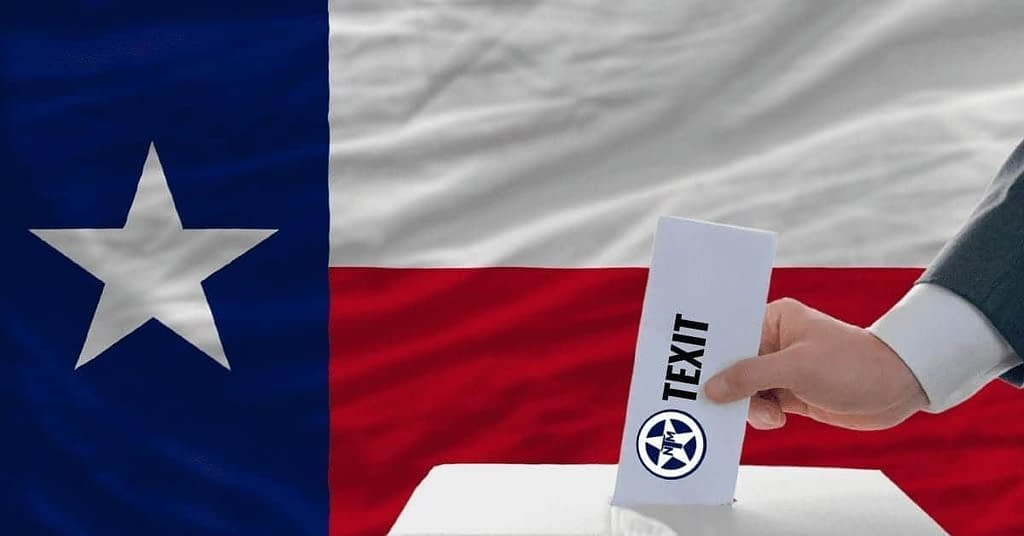 The State Affairs Committee of the Texas House of Representatives does not want your voice to be heard in support of House Bill 1359, the Texas Independence Referendum Act.  If they won’t schedule a public hearing, we will.

Chairman Chris Paddie is doing everything within his power to keep the public from seeing the level and depth of widespread support for a vote on TEXIT.

If the legislature won’t hold a public hearing, we will.

In conjunction with the bill’s author, State Representative Kyle Biedermann, the TNM is collecting video testimony from supporters of HB 1359 from now until May 9th.

During the week of May 10th, we will conduct a joint press conference at the State Capitol and livestream all submitted testimonies on Facebook, YouTube, Twitter, and other livestreaming outlets.

This will be conducted just like a committee hearing, and all the videos will be compiled and submitted to every member of the Texas Legislature, as well as the Governor and Lieutenant Governor.

Let’s show the world what the legislators don’t want them to see.

It is easy to do, and the more testimonies gathered, the longer they will be aired at the Capitol and online. All you have to do is write and record a short statement saying who you are, where you’re from, and a little bit about yourself. Tell the legislators why you want HB1359 passed and what voting on it means to you — how does it impact your life; what emotions does it stir?

Tell the legislators how their blocking of the bill makes you feel and how it will affect your vote in the next election.

Go to tnm.me/hb1359 for more information on how to write, record, and submit your testimony to be heard at the Capitol Building on May 10th. You can also watch examples of testimony that has already been submitted. When your testimony is ready, read it aloud a few times, then record it on your phone or directly onto the TNM website.

WE MUST ACT NOW TO MAKE A DIFFERENCE. MAKE SURE YOUR VOICE IS HEARD ON MAY 10TH, AND TELL YOUR ELECTED OFFICIALS,

Watch a sample of testimony that has already been submitted below. You can do this.