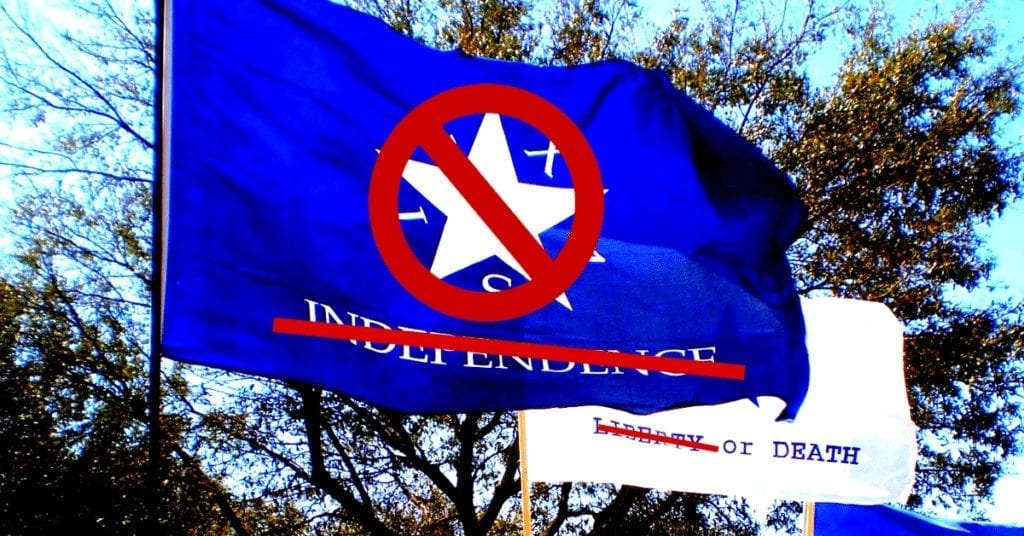 Here at TNM, we’ve been busy lately. In addition to working towards building support for a referendum on Texas independence and getting it filed under the upcoming legislative session in Austin, we’ve also had our hands full with satisfying the interest that Texas independence has generated across the world.

Recently, our Executive Director, Nate Smith, returned from his European tour, speaking on independence and self-determination to engaged audiences across the continent. Additionally, the author of this article just finished doing a sit-down interview with SBS Australia on Texit and the U.S. elections.

The inevitability of Texas independence is starting to take hold and there seems to be an international fascination with the idea of a resuscitated Republic of Texas. However, among the interested parties looking to report the news on Texas independence, there is one typical no-show.

“We’ve always piqued the interest of international media, however within the last year we have seen a dramatic spike in media inquiries from outlets outside of the US compared with those within,” says Cara Miller of the Texas Nationalist Movement.

So much is the lack of interest in Texas independence on the part of the U.S. media that international interview requests verses domestic requests amount to a disappointing 2:1 ratio. This dichotomy raises an intriguing question: If the issue of a free and independent Texas is significant enough that the foreign press deems it news-worthy, how can the relevance calculation of the domestic press be so radically different?

Of course, the U.S. media occasionally covers the nationalist movement in Texas.  However, when they do, the facts are sometimes misrepresented or otherwise buried by dismissive language that seems to hint to their readers that they need not pay any further attention.

In recent history, the Houston Chronicle wrote an article about a TNM website story concerning the media’s tendency to ignore news on independence. In their article, they erroneously claimed that TNM wanted a candidate on the POTUS debate stage, and in doing so they completely missed the point. No one was calling for an extra podium on the dais, instead the article merely used the debates as an illustration. Why should the press by-and-large disregard an issue like state independence, which garners much greater national support than the paltry 15% required to participate in the POTUS debate, while at the same time widely reporting the “Will they? Won’t they?” line on third party candidates making the debate. Additionally, the author closed the piece with a quote from Reuters making the dubious claim that support for state independence (1/4 of U.S. and 1/3 of the southwest states, per 2014 Reuters poll) is minuscule. It is the opinion of this writer that the Chronicle author was exemplifying an overly sensitive media attempting to act punitively in response to critics by refusing to deal squarely with their favored issue, but please, draw your own conclusions.

Whatever reason the media has for marginalizing or ignoring one of the largest political organizations in Texas (over 325,000 pledged supporters), or for holding in slight regard an issue that is important to a huge number of Texans (54% of Republicans, 49% of Independents, and 35% of Democrats, per a 2014 Reuters poll), signs suggest that international and domestic interest in this issue is only increasing. It is more than conceivable that, eventually, these numbers will become too big for even the American press to ignore. Yet, with their record, they may start taking appropriate interest in this topic the day after Texas independence becomes a reality.