In Dismantling Confederation: The Divisive Question of the National Debt, Paul Boothe looked at this issue in the event of Quebec exiting Canada. In it, he stated that division of public national debt “is considered one of the toughest and longest negotiation subjects during state secessions.”

The contention will come in calculating Texas’ share of the debt. It is highly unlikely that there will be any easy agreement on the issue. For example, the United States will likely demand that we take the national debt and divide that figure by the total population of the United States to get the per person share of the debt. In 2016, the gross federal debt amounted to around $60,470 per person. By multiplying that figure by the population of Texas, you arrive at an amount just shy of $1.7 trillion. I’m fairly certain they’ll send us an invoice.

Texas will likely counter that we have paid substantially more into the federal system than we have gotten out of it for decades. Using the most conservative figure of $103 billion annually in overpayment, 16 years of overpayment should pretty much wipe the slate clean. Throw that on top of the fact that, while the federal government was busy exploding the national debt and spending like a drunken sailor on shore leave, Texas has been one of the prime drivers of economic growth for the entire United States. That doesn’t even take into account that a large portion of the debt came from funding programs Texans didn’t want or need or was wasted by federal mismanagement and inefficiency.

It is evident just from these viewpoints that any negotiation over the national debt and Texas’ liability for its share will be exceptionally heated and, unless cooler heads prevail, could have detrimental effects on both Texas and the United States. The effects were highlighted in the 1997 essay by Daniel Blum entitled The Apportionment of Public Debt and Assets during State Secession published in the Case Western Reserve Journal of International Law. Blum noted that:

As there is no established international law that would compel Texas to pay anything, it will most likely want to. It has been customary throughout the world that when a state secedes from a larger country or confederation that it voluntary accepts a portion of the national debt. This was the case with Singapore leaving Malaysia in 1965 and Bangladesh when it left Pakistan in 1971.

Blum’s additional observations on the matter point to why Texas should follow suit.

“Economic and political realities usually compel the seceding state to voluntarily assume its share of the public debt. For instance, when Ukraine seceded from the former Soviet Union, Ukraine initially refused to pay any part of the Soviet Union’s outstanding debt. However, for four months no other country would loan money to Ukraine until it finally agreed to pay its share of the Soviet debt. As a result, a seceding state may desire to voluntarily assume a portion of the public debt to portray itself as a respectable borrower in international financial markets.”

Although the 1983 Vienna Convention on Succession of State in Respect of State Property, Archives and Debts attempted to establish an internationally recognized framework to deal with this issue, it only ended up establishing that a seceding state had an obligation to assume a portion of the debt in the absence of any superseding agreement between the two parties. It didn’t, however, expound on how that portion should be calculated.

Blum’s essay identified four different methods that can be used for calculation. The first is the per capita approach that was previously explored. The second is the GDP approach, which takes the State’s percentage of the overall GDP with that percentage used as the percentage of national debt that’s assumed. For Texas that would be somewhere between 9 percent and 10 percent on average, amounting to approximately $2 trillion. The third approach, which was explored earlier, is called the Historical Benefits Approach, where the amount of money paid into the federal system by the State is compared with the amount of money that has been paid by the federal system into the State. This ratio is applied as a percentage to the national debt and is the amount owed. In the case of Texas, our portion of the national debt would be $0.

Blum refers to the final method as the Historical Tax Shares Approach, which he explains in his essay.

This method is the most difficult to calculate for both parties and impossible to calculate with any certainty, given the lack of financial accountability on the part of the federal government. 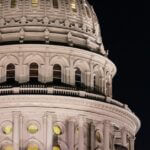 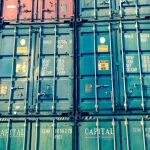 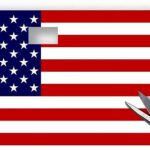 Share via
Will Texas have to pay back a portion of the national debt?

Join 439,545 Texans who support our work to make Texas an independent nation again.