How will TEXIT give us better government in Texas?

We have our own issues of bad governance in Austin. However, most of what is happening in our Capitol has flourished because of our continued membership in the United States.

When Texit happens, that comes to a screeching halt because they are now foreign and Texas does not and never will allow political contributions from foreign entities. Post-Texit, egregious politicians won’t be able to stump for contributions in California or New York. We get a more level playing field and more opportunity for turnover in the Texas government. 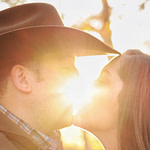 What if my spouse isn’t a natural-born Texan?

While laws regarding this topic within Texas are not yet in place, the law will 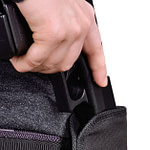 How will TEXIT affect open and concealed carry laws?

It won’t. Texas already has both open and concealed carry laws in place. These laws

What will the requirements be for citizenship?

This is more so a question for the Texas Legislature following a referendum vote. However,

Will illegal immigrants be offered amnesty after TEXIT?

One of the biggest concerns for Texans continues to be immigration and border security. The

Will Texas be able to fund the government after TEXIT?