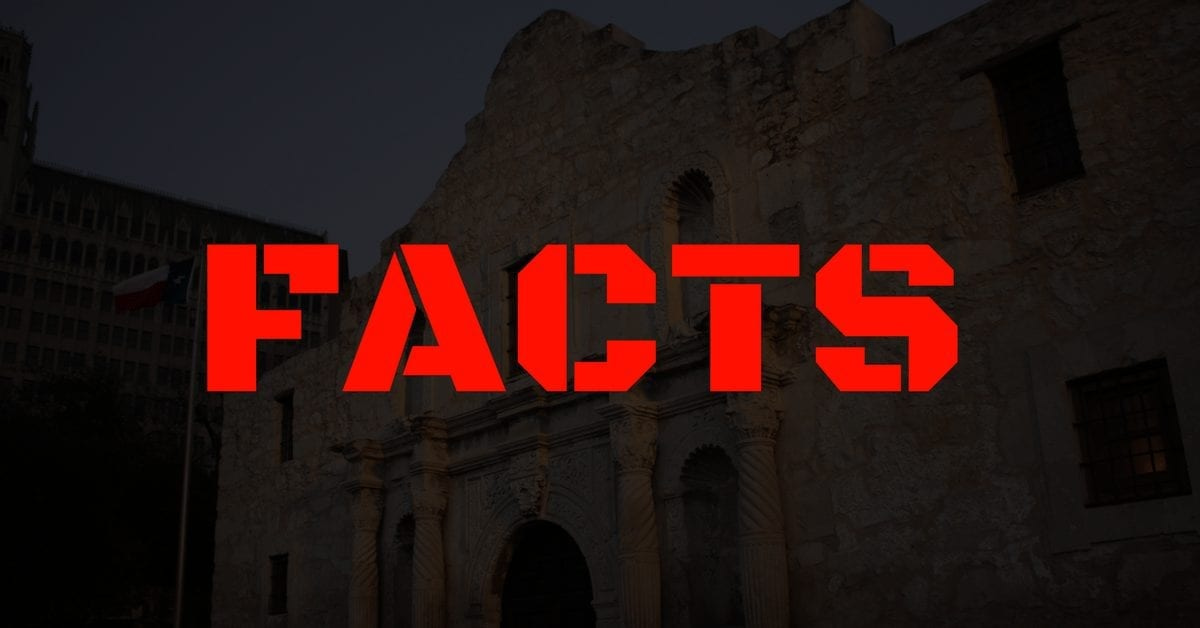 The Alamo Needs Your Help

Since our inception in 2005, the Texas Nationalist Movement has been an outspoken advocate for issues surrounding The Alamo. Often massively outnumbered, much like the defenders of The Alamo, we have taken the fight to the enemies of our heritage and independence at every opportunity and have never forgotten the sacrifice of those who fell there or those who fought since 1836 to see they were properly memorialized. 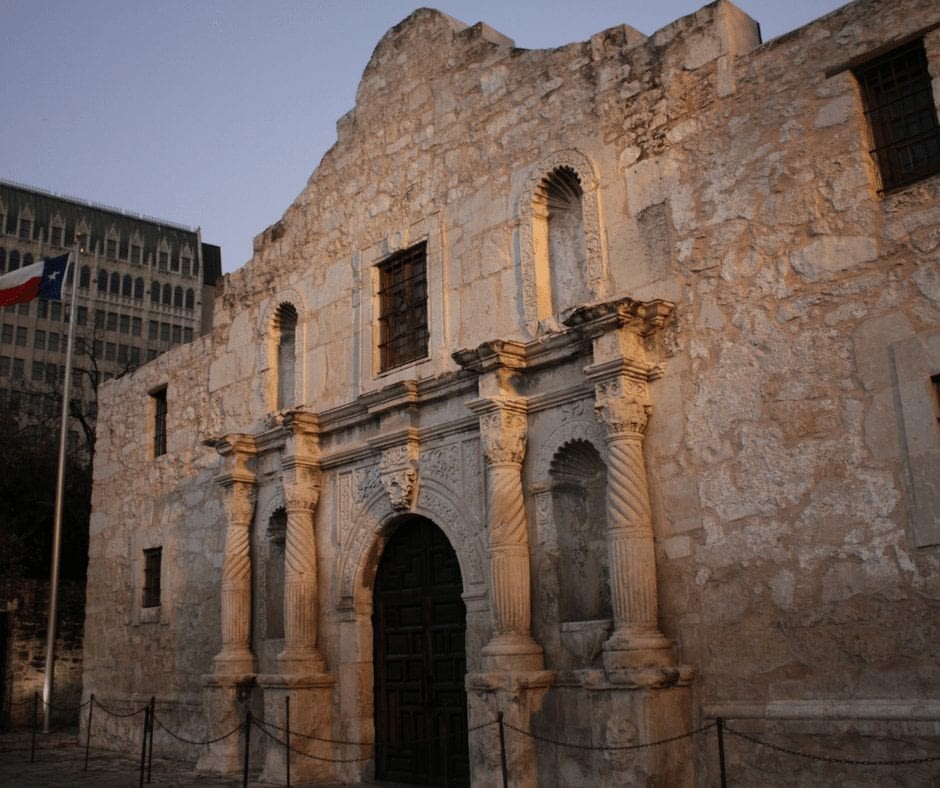 In 2013, our demands were simple and direct:

* Restore the Alamo Battleground to its original hallowed footprint to include the original walls of the compound.

* Build a museum complex to house a permanent collection of important artifacts of the Alamo, the war for independence, and the Republic of Texas

* Transfer ownership of the battleground complex, including the current Alamo Plaza, to the State of Texas to be managed in joint partnership with the Daughters of the Republic of Texas.

* Reject and prohibit any attempt to designate the Alamo as a UN Educational, Scientific and Cultural Organization (UNESCO) World Heritage Site.

Take action now!
Since then, through the ceaseless efforts of our members and supporters, we are on the path to achieving most of our objectives.

However, right now The Alamo is under the most vicious attack since March 6, 1836 and we could lose all that we have gained. As hard as it is to believe, there are those who despise The Alamo and what it represents. There is no room in the current progressive narrative for messages of independence, or valiant stands and true sacrifice for freedom.

Their plan is simple:

rewrite and dilute the story of the Battle of the Alamo, thereby effectively erasing it from the minds of future generations.

They want to sanitize, federalize, and then globalize The Alamo.

Under the guise of “Reimagining The Alamo” and under the cover of obscurity to the general public, their plan is on the verge of success. Progressive radicals in the City of San Antonio working with Texas Land Commissioner George P. Bush have hired non-Texans to redesign “the Alamo experience” to de-emphasize the 1836 battle. Working with their partners in the Texas Legislature they were able to sneak a provision in the budget of the 85th Legislative Session to fund their efforts, right under the noses of a distracted legislature.

The secretive nature of their work led to The Alamo’s inclusion in the UNESCO World Heritage Site program which effectively gave final approval to the United Nations and the Federal Government on any changes and how The Alamo is presented. If either the UN or the Federal Government feels that The Alamo is not “inclusive” enough, they can and will step in with the approval from the federal courts and the United States Congress. 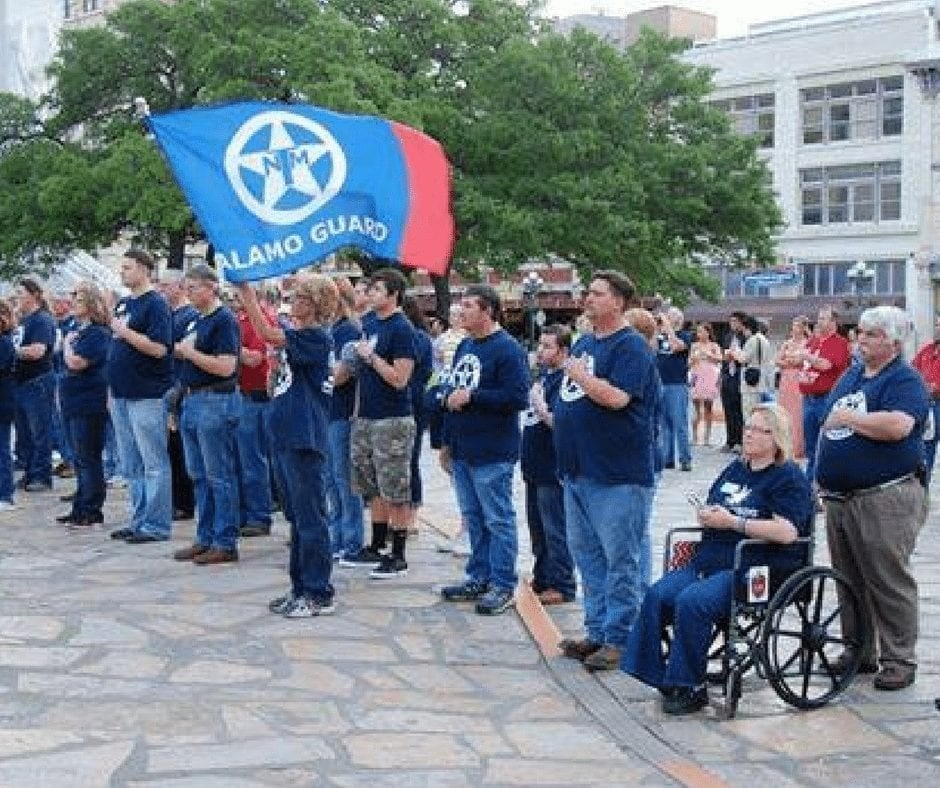 All Texans who passionately believe that The Alamo matters must act now or it could be forever lost to future generations. This is your chance to pay back a portion of the price that Travis, Bowie, Crockett and 180 others paid for you to live in a free and independent Texas.

Take action now!
"Let the convention go on and make a declaration of independence, and we will then understand, and the world will understand, what we are fighting for. If independence is not declared, I shall lay down my arms, and so will the men under my command. But under the flag of independence, we are ready to peril our lives a hundred times a day..." 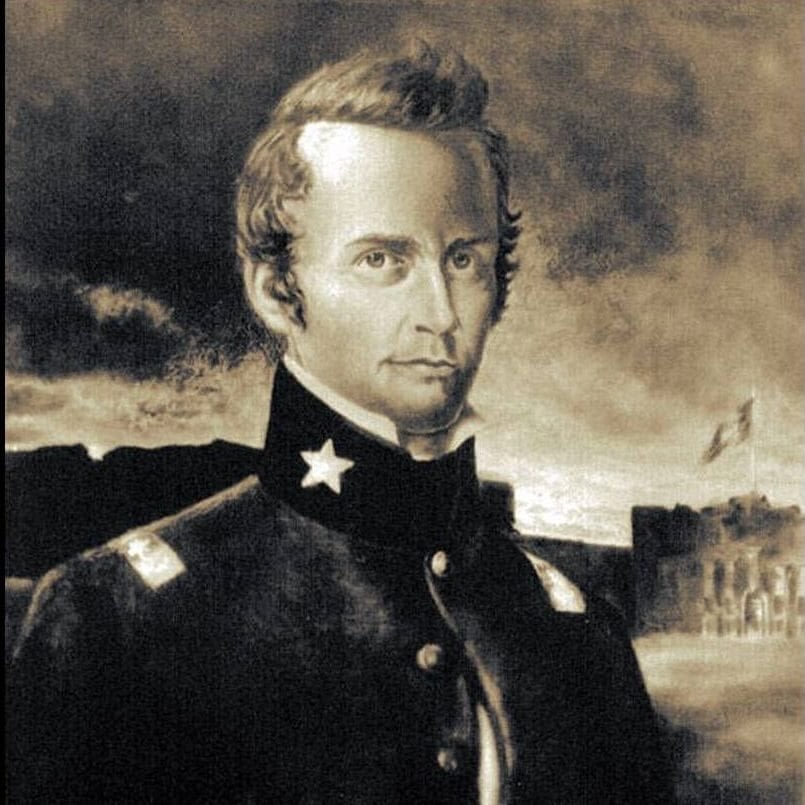 We would never tolerate this level of disrespect at any other war memorial or cemetery. Why do we tolerate it at the Shrine of Texas Liberty? The party responsible for this level disrespect is the City of San Antonio. The entrenched ideologues on the City Council promote this type of disrespect. The only way to put an end to this is to have the entire Alamo battleground placed under the authority and ownership of the State of Texas.

When you register your support below we’ll email you a copy of the "Alamo Action Guide", a special report called "Exposing The Plan To Reimagine The Alamo", a guide to understanding the legislative process, as well as contact information for your State Representative & State Senator, the Governor, Lieutenant Governor, and others who can affect the process. 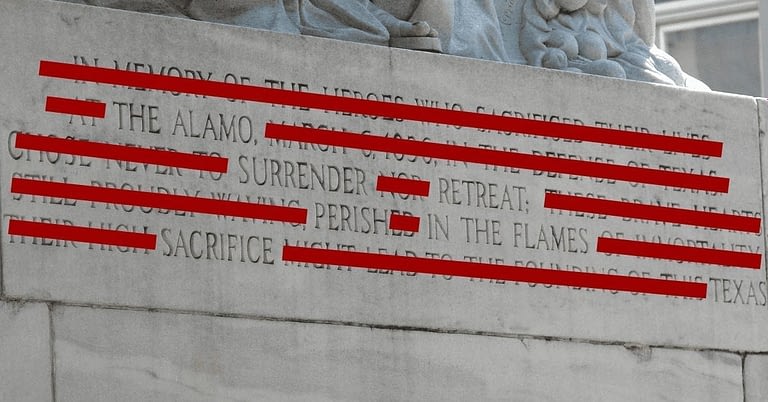 President of the Texas Nationalist Movement Daniel Miller addressed the Spindletop Republican Women’s meeting on June 30. It was a no-holds-barred rebuke of the political … 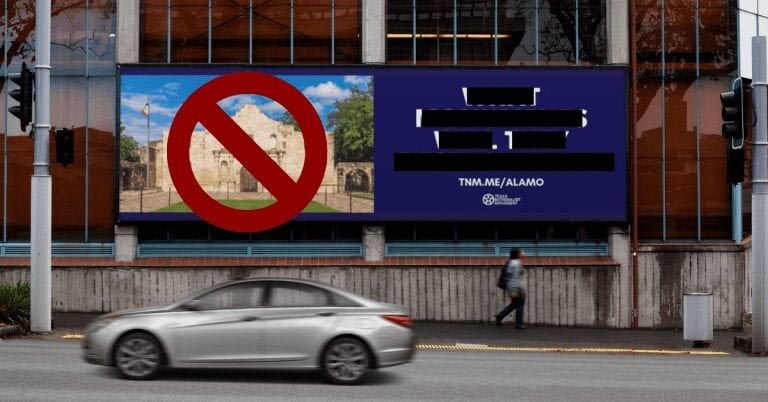 A TNM billboard to raise awareness for the current dangers surrounding the Alamo was slated to go up in 77 locations throughout Texas this week. … 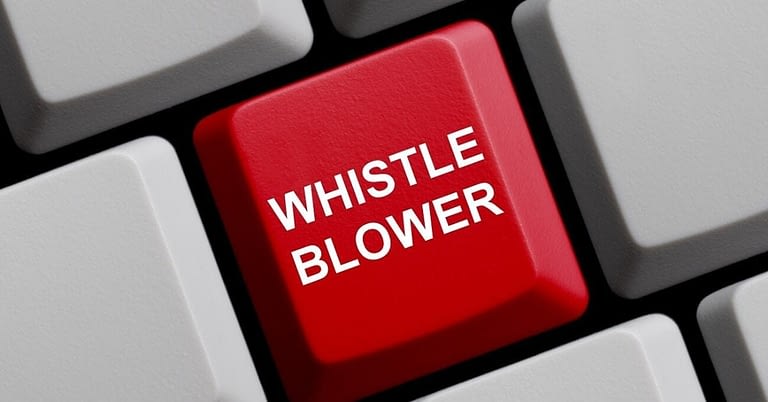 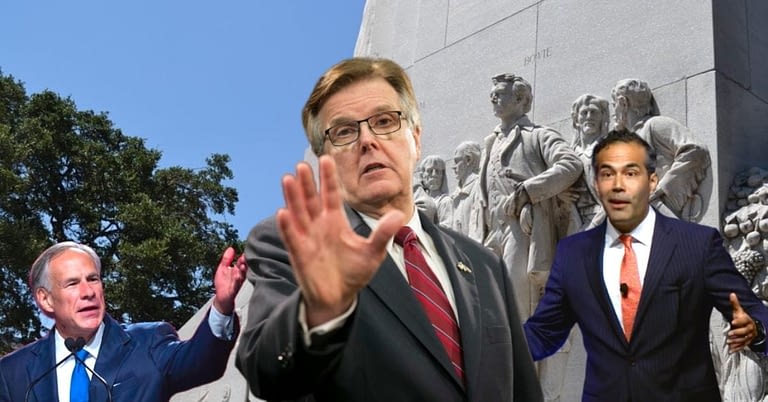 Lieutenant Governor Dan Patrick finally called out Land Commissioner George P. Bush over the Alamo. However, it’s not for the reason you’d expect. In a … 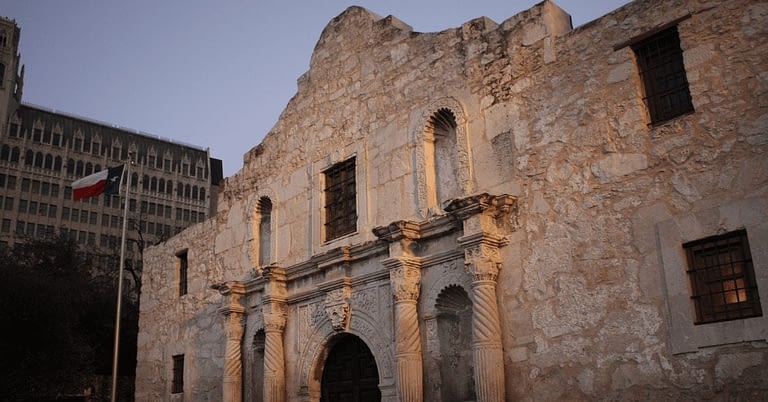 Too few people are asking the hard questions about what’s happening with the Alamo. You are almost out of time and so is the Alamo. … 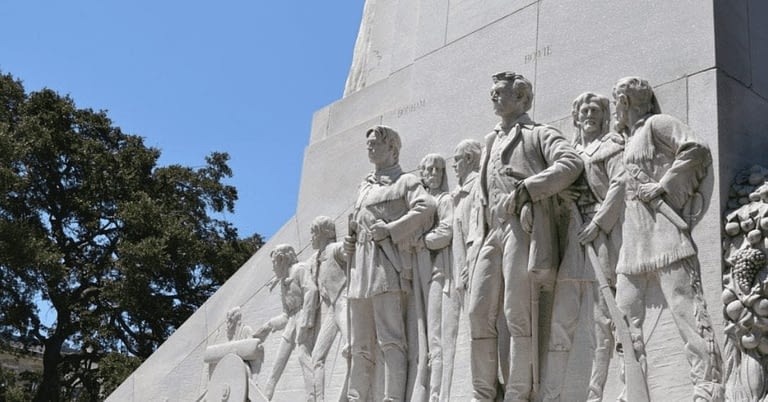 With the Legislature out of session, you might think that you don’t have a chance to be heard on the upcoming removal of the Alamo … 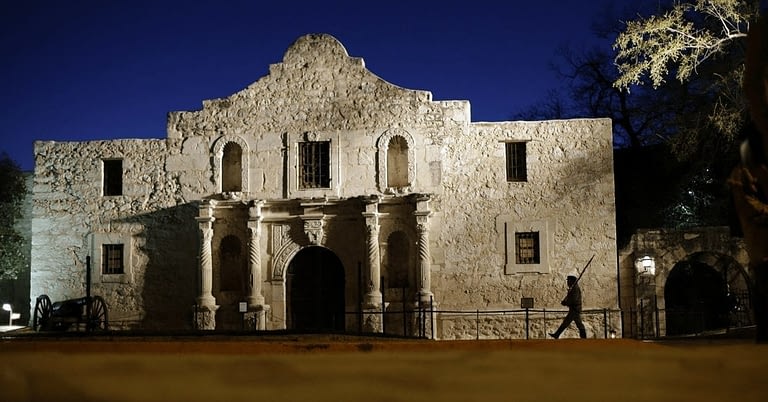 Although the Texas Legislature is out of session, the attack on the Alamo rages on. Texans should be concerned because the ideology driving these changes … 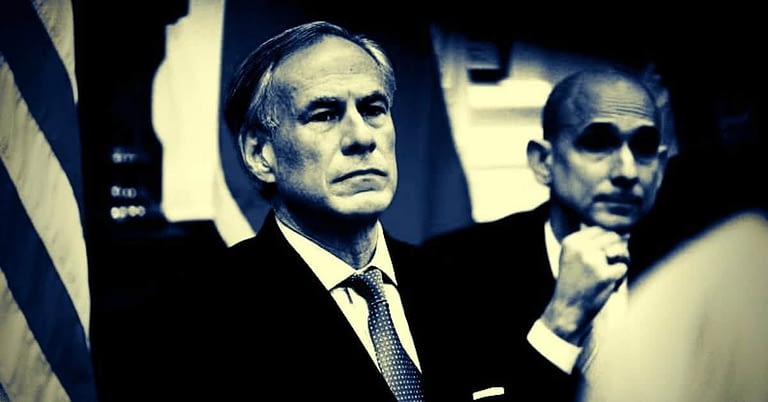 One Last Shot For The Monument Protection Act

Although the Monument Protection Act is technically dead for the 86th Legislature, there is one person with the power to resurrect it. Senate Bill 1663, … 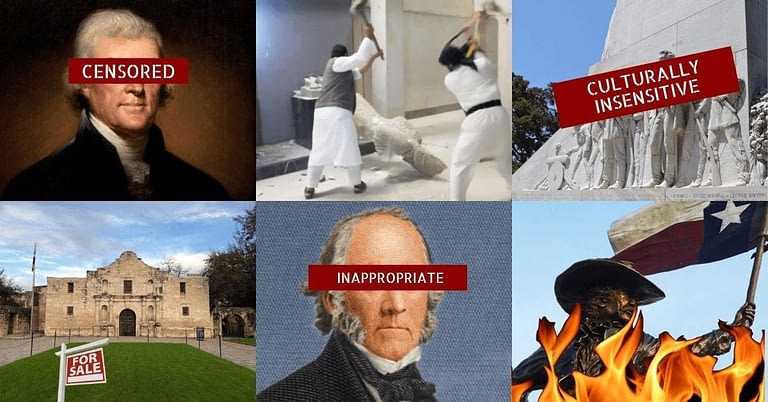 Senate Bill 1663, the Monument Protection Act, is dead. We would erect a headstone but the progressives would likely tear it down. The effort to …

Join 393,176 Texans who have registered their support for the TNM.