Trade is the major issue that has the clearest path to resolution with the United States and it is one of the most important. International trade is a major driver of the Texas economy. In fact, Texas exports products to virtually every country in the world with total value of exports to just the top 25 totaling between $225 and $285 billion every single year. These are just the figures for products that originate in Texas and doesn’t include imports that flow through our ports and travel across our roads every day. Trade is major.

It is important to examine how trade works between Texas and the rest of the States and then see if there is a fair path to approximate that relationship now that gives Texas some control over the situation.

Currently, Texas is restricted in external trade by the prohibitions on States in Article 1 Section 10 of the U.S. Constitution, fully vesting that authority in the U.S. Congress. Consequently, States have little to no control over the flow of goods and services across their borders and there are certainly no trade tariffs between the States. Within the United States, member States have tariff-free trade and a singular external trade policy. Not accounting for the common currency, this economic relationship between the States is the textbook definition of a customs union. Some would argue that the United States is a fully integrated economic union, but the States retain a large degree of control over their individual fiscal policies, meaning that the United States is not a true economic union.

It is important to note that, other than the United States, there are 13 other customs unions around the world comprising virtually all of Central America, South America, nearly all of Europe, and portions of the old Soviet Union, and major blocs of countries in Africa and the Arabian Peninsula. In these customs unions, independent self-governing countries conduct trade in the same way as the States of the United States without being in a political union.

The clearest and easiest way to ensure that there is absolutely no disruption of trade between the U.S. and an independent Texas is for the two to enter into a customs union, but as equals. Anyone who thinks this would be unusual or far-fetched simply doesn’t understand the way trade works. Most people believe that the only free trade agreement the U.S. is a part of is the multilateral North American Free Trade Agreement (NAFTA) between the U.S., Canada, and Mexico. It’s not. The U.S. also has free trade agreements with Australia, Bahrain, Chile, Colombia, Costa Rica, Dominican Republic, El Salvador, Guatemala, Honduras, Israel, Jordan, Korea, Morocco, Nicaragua, Oman, Panama, Peru, and Singapore, all of which have a smaller GDP than Texas.

In the event that Texas and the U.S. fail to come to terms, Texas could still trade with the U.S. using standard World Trade Organization tariff schedules and trade rules that have already been agreed to by the U.S. In short, Texas could take the tariff tables submitted to the WTO by the U.S., scratch out its name, write in ours, and submit it. This again leaves Texas the freedom to hammer out its own trade policies and trade with every country in the world, much like we are already doing, with one exception―it will be on our terms. In short, no matter how trade negotiations go with the U.S., Texas will be just fine.

Veterans who live outside the United States remain entitled to the benefits and services earned through their military service. Most VA benefits are payable regardless

Whether you are a supporter or a skeptic of TEXIT, there’s no doubt that you’re wondering how a border between independent Texas and the rest 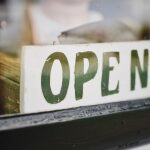 How will small businesses be protected from multi-national corporations after TEXIT?

Texas will be able to protect small businesses much better than the US. This will be done by putting an end to the current system 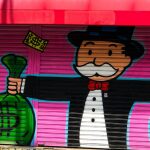 How will TEXIT affect anti-monopoly laws?

Anti-monopoly laws are already in place and have been since the Anti-Trust Act of 1889. The Texas State Constitution even specifically outlines its stance on

Trade is the major issue that has the clearest path to resolution with the United States and it is one of the most important. International

Share via
How will trade work with the United States?

Join 431,930 Texans who support our work to make Texas an independent nation again.