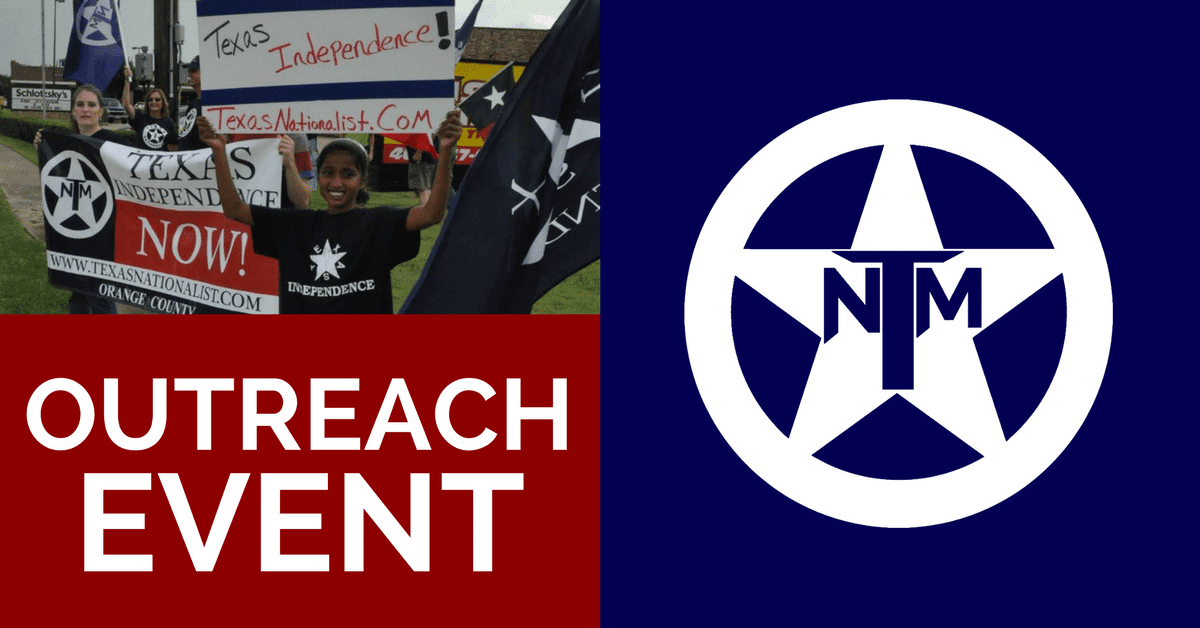 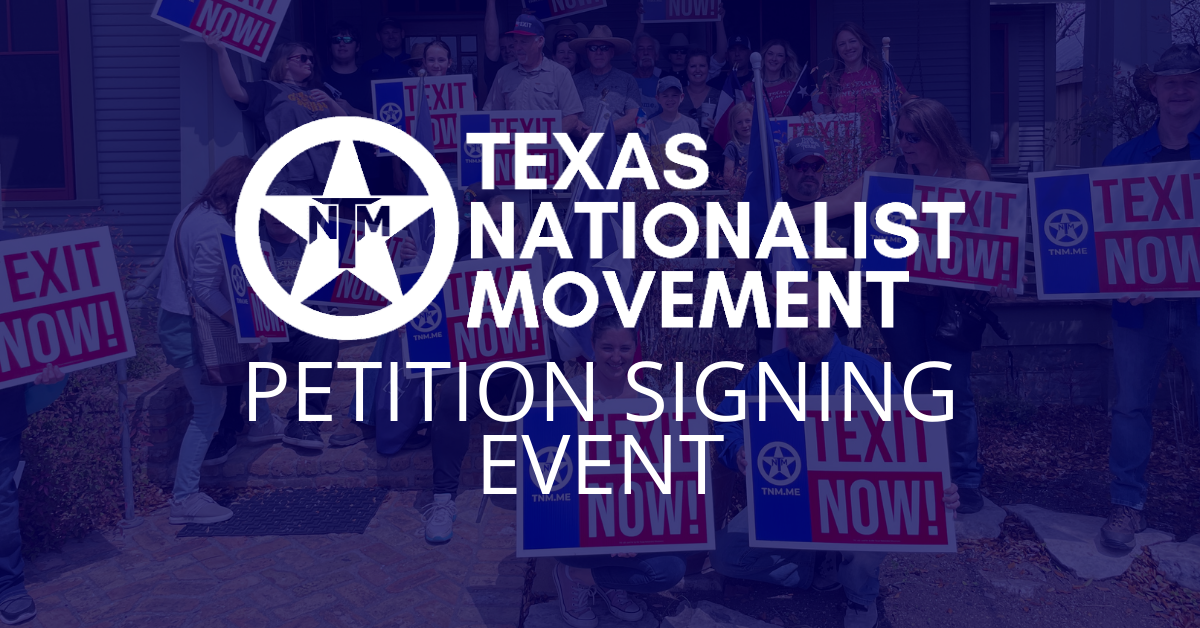 The Texas Nationalist Movement is coming to Tyler and we want to meet you!

TNM volunteers will be at Krazy Cajun Kitchen starting at 6:00PM. We’ll be there to answer your questions about TEXIT, register supporters, and collect signatures for the TEXIT Petition Campaign.

Connect with us to learn more about the mission and principles of the TNM and how we can work together to make Texas a free and independent nation again.

Patriot Happy Hour with the Texas Nationalist Movement hosted by the Texas Freedom Coalition will be at Krazy Cajun Kitchen in Tyler from 6-8 PM. Ryan McCubbin, District Director, has many years of experience with the TNM and knows how important it is at this time for Texans to draw a line in the sand. Ryan will deliver an inspirational and educational message describing the political climate of Texas and the federal tyranny that we face today and what we can do about it. Another speaker and fellow TNM member is Charles Turner, resident of Bullard, retired school teacher and Army Veteran. He will announce his candidacy for District 6 State Representative. Charles Turner is a true believer in the conservative values that you and I hold so dearly, and he supports your right to vote FOR or AGAINST Texas Independence. His work at the Capitol, if given the opportunity, would be to always vote Your Conscience, not his own. He hopes to be the clear voice of District 6 in all of his efforts in the legislature. Certified Petition Circulators will be at the event to assist with collecting signatures for the Texas Independence petition campaign.